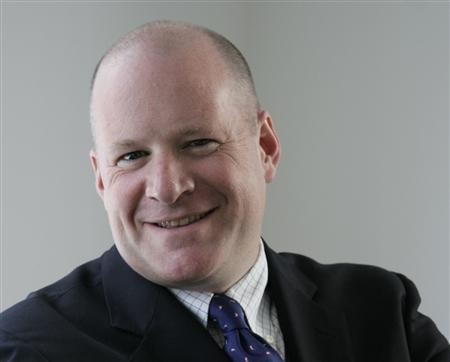 The prospect of Scottish independence is further evidence that the era of increasing globalisation, with all its benefits to capital, is waning fast. Support for independence, an issue to be put to a vote among Scots on Sept. 18, has surged in recent days, with those in favor registering their first opinion poll lead over the weekend, writes James Saft.

James Saft is a Reuters columnist.

The prospect of Scottish independence is further evidence that the era of increasing globalisation, with all its benefits to capital, is waning fast.

Support for independence, an issue to be put to a vote among Scots on Sept. 18, has surged in recent days, with those in favor registering their first opinion poll lead over the weekend.

Not only would an independent Scotland have to come up with some plan for a currency and monetary policy, an area in which it has several options, each carrying its own dangers, but it also would make more likely a British exit from the European Union.

This is far from the only recent example of a retreat from globalisation, a word used to describe a process whereby the movement of capital and goods, if not people, becomes more free and trade tends to rise. Russia’s aggression in Ukraine neatly dispels the canard that tight banking and trade links mean the end of military hostilities. Similarly Iceland’s refusal to make good the bubble era debts of its banks, and Argentina’s willingness to default yet again show an increased willingness on the part of some to take their chances and forgo some of the benefits of the global system of capital raising.

Scotland’s case is distinct, being, broadly, that of an electorate apparently being willing to exert more direct control over their own conditions, over the objection of elites and despite arguments that this higher level of control will bring with it economic costs. That’s pretty much the opposite of globalisation, the gospel of which has preached that by surrendering local control in order to allow easier movement of goods and capital we can achieve better growth all round.

Whatever you think of the merits of the two sides of this argument (and I really would worry about the idea of being a state without a central bank), some implications are clear: it is bad for investors, who face more risks, for banking and finance, and probably for growth.

Important to note too that even if de-globalizing can achieve better or equal growth, as some contend, it is likely that it imposes costs on investors, who are far more likely in a de-globalising world (as opposed to in Scotland specifically) to face new hurdles on moving capital, and new taxes.

The case of banking

Remember too that Scottish independence would encourage movements elsewhere, such as in Catalonia, to further press their case, potentially putting further stress on the EU and eurozone, the arrangements of which are already problematic.

A particularly interesting angle of the Scottish vote is what would happen to the fairly large financial services industry now operating there. Most likely many banks and insurers, especially the largest, would retreat to London so as to remain under the protective embrace of the Bank of England, with its helpful ability to print money in an emergency.

While much has been made of the economic costs this would impose on Scotland, there are mirror risks for the UK, which might keep a roughly same-sized banking industry, but lose a chunky portion of the people and assets which backstop any sovereign guarantee.

It is of course possible that a smaller Britain goes full out for finance, and becomes a sort of Switzerland-Between-The-Seas, but just as the euro crisis demonstrated how terrible it is to be Spain without its own central bank, so did the great financial crisis show how risky it is to be a moderate-sized economy with an enormous banking sector.

Regardless of the outcome of the vote in Scotland, the fact that it is such a close call demonstrates, among many other things, that the current set of arrangements, with all its benefits for growth in aggregate, is less attractive than it would appear to an economist. The way the gains of globalisation have been shared out, particularly in the developed west, probably has much to do with this.

Of course, just as globalisation wasn’t inevitable, neither is de-globalization, and it is quite possible that an uptick in global growth, and in the wages of middle classes in developed nations, might retard this process.

Generally though it is fair to expect that capital, and the investors who own it, will have a tougher time in the next 20 years than in the 20 leading up to 2008.