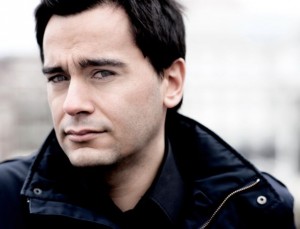 The new Commission needs to start a drastic reform programme to save the EU. Only then can Europe survive in a world of tectonic shifts, warns Joop Hazenberg.

Joop Hazenberg is a young Dutch writer who has been based in Brussels since early 2013. He has just published a new book: Next Europe, How can the EU survive in a world of tectonic shifts

The turbulent and bloody summer of 2014 is nothing but a precursor for the next decades. Geopolitical shifts and economic shocks will continue to dominate the news in the years to come, and the shocks will be much bigger and more dangerous than the downing of an airplane, beheadings in the Levant or the current crisis in the eurozone.

Europe’s quiet evenings are over. We have to prepare mentally, physically and structurally for a bumpy ride. And if we do it well, by 2030 the old continent may be stronger and find itself in a solid position, thriving and popular.

This is one of the key messages of my new book Next Europe. I wanted to look beyond the current problems of the EU – let’s limit these to zero growth, collapsing trust figures in the EU, 25 million unemployed, a possible Brexit and some other delicate issues. The really big questions for me were, while writing this book and talking to many experts: are we going to lose the race with the BRICS, is there any hopeful future for the European Union in the 21st century?

The short answers to these questions are both positive: no and yes. But to really stay ahead of the BRICS and to make sure that Europe thrives in a world of tectonic shifts, we need to begin changing the EU. Not in a few years, but today.

We are extremely rich

Our starting position is excellent, despite the current malaise and the gloom and doom. Europe is an incredibly strong, rich and diverse continent. Further on, Europe enjoys an unnatural amount of political stability. We profit from wonderful geographical and climate conditions. Thanks to the European Union, citizens are extremely rich compared to those less fortunate born in Asia and Africa. Even China cannot catch up by 2060 if it continues on its current growth path. That is how rich we are. Another asset is that in the old world, a disproportionate amount of the world’s cultural heritage is safeguarded and treasured.

The integration project has resulted in a prevailing of the nation-state, the rule of law and public interests. Europe’s norms, values and governance structures are an inspiration for the world, next to high-quality products and services that we add to the global economy. Even though the resistance to the Union is rising, a European political sphere is emerging. And the European Union itself shows an agility in terms of governance and goals, that should keep it on track in the decades to come.

But the challenges are big and already wreaking havoc. Our economic strength was already weak before the credit crisis broke out. Tens of millions of Europeans will remain unemployed for the years to come, including a lost generation. It seems unfeasible that our economy will suddenly revitalise and that a culture of entrepreneurial behaviour will break through. Nor will the single market be completed soon, or the house of the eurozone fixed properly. Zero growth could well become the new normal.

Ageing will hit us hard, especially after 2030. The greying population puts a huge strain on public finances. Tensions between generations will increase, which is dangerous because our continent already has a lot of rifts. In fact, two Europes seem to be emerging: one of the internationally focused, hard-working and prospering cities, and another one of the fearful periphery that puts its hopes on the nation-state and aims it arrows at Brussels as well as foreigners. This split happens primarily in richer member states that have a lot to lose and whose solidarity to the poorer member states has proved to be limited.

The eurozone crisis has laid bare a growing tension between the EU and the member states. The division of power between the two governance layers has become unclear and sovereignty as well as democratic principles are at stake. With consent and support for the European integration project waning, the trend to centralise policies and turn Europe into one big Germany is extremely dangerous.

Moreover, the crisis has prevented us from looking outwards. And though the BRICS may not rise so much to become a threat, the world becomes a much uglier place quickly. Especially becuase global governance in the doldrums, a scramble for resources has started and a ring of fire has emerged that surrounds Europe – from the Maghreb to the Baltic Sea.

A Europe of choice

So the new leaders in Brussels have plenty of work to secure Europe’s position as a vibrant, safe and prosperous continent. Business as usual is not an option. The European project needs a completely new direction as it has to connect with the half billion citizens, putting them at the centre instead of the economy.

In Next Europe, I do not plead for a federation, nor for a lighter Europe. What is needed is a Europe of choice. Juncker’s Commission can start working on this ambition with concrete measures, but in the long run – let’s say from 2018, we need a new treaty.

Some policy areas have to be given back to the member states or even scrapped, while on other terrains more Europe is necessary, like completing the half-baked single market and creating a pan-European social safety net. Instead of investing in the past, the EU should focus its money and policies on tomorrow’s economy, as half of the current jobs will have disappeared by 2030. Instead of turning Europe into one big Germany, the eurozone should be made more flexible and prevent a two-class Europe from developing further.

Europe’s democracy can be reinvigorated by introducing the double mandate system and directly electing national Commmissioners, thereby keeping the nation-states at the heart of European integration. The borders should be drawn for the next few decades: only the Balkans can be admitted, then Europe will stop expanding for a while, ending the ambiguity on Turkey and Ukraine. Its foreign policy needs to be seriously beefed up too, with the key challenge to formulate common European interests and investing in deep relations with Asia. Across the globe ‘Houses of Europe’ can be erected to promote our culture, values and ways of cooperating. Finally, the EU should keep experimenting with new forms of governance to remain ahead in the emerging global network society.

Europe is a strong, rich and cohesive continent. We have to make some decisions together in the next few years to keep it that way. That requires involvement from all of us and we shouldn’t lock ourselves up in our nation-states, thinking we are safe. Autonomy and sovereignty are over in the 21st century world. Therefore we have to realise that Europeans have much more in common. Integrating our economies and part of our political systems makes sense, because we are family members. Yes, the Greeks and the Irish, the Portuguese and the Fins, the Romanians and Dutch share cultural, historical and human DNA. Let’s act according to it.

Next Europe – how the EU can survive in a world of tectonic shifts is now available at all major e-book stores More information on Joop Hazenberg’s blog.