Athens will be ‘merciless’ on tax evaders, says Greek ‘taxman’ 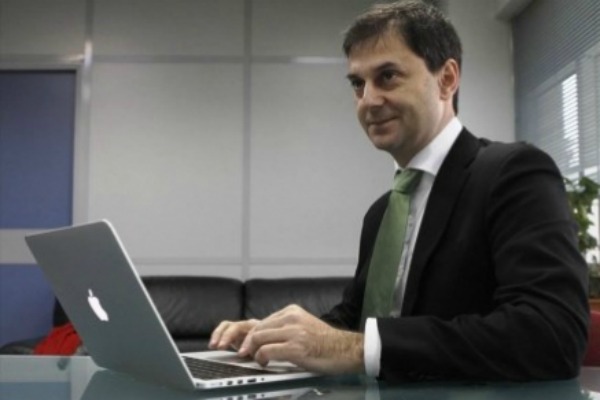 Checks on offshore companies will intensify as the Greek Finance Ministry turns the screw on tax evasion, Charis Theocharis, Greece’s highest official in charge of public revenues, told EURACTIV in an exclusive interview.

Speaking to EURACTIV Greece, Theocharis also complained about the Troika’s relentless demands on the Greek government, saying officials “cannot sleep” each time the trio of international lenders representatives are on a visit to Athens.

He said that the existing legal framework did not allow for swift checks on offshore companies, with only €40 million collected so far this year. A new legislative proposal had been submitted in order to speed up controls, he indicated.

Commenting on the much-discussed corruption issue in the debt-ridden country, the Greek high official stressed that the fight was not over yet, but that the ministry was responding immediately when cases were brought to its attention.

“I am not saying that corruption has been stopped, even today I am contacted by people claiming that they were asked for bribes,” he said, adding: “we instantaneously react in such cases”.

Greece, he continued, does need a new growth model which will be partly achieved through stable tax rates.

“The current or any other government should not change the tax rates for a long period of time […] in order to restore investors’ confidence and create a stable business environment,” he stressed.

“On one hand, we have to collect taxes in a proper way […] and on the other hand, we must stimulate growth that will give hope to Greek people”, he said, adding that the logic of constant taxation leads nowhere.”

“We have to start talking about dreams, jobs and hopes,” he added.

The share of the taxation burden within Greek society has become a subject of hot debate during the crisis, sparking claims of deep unfairness.

Theocharis said that there were still many problems but added that the new income tax code was a step towards greater fairness, with more emphasis on liberal professions, like lawyers and doctors.

“Liberal professions have more room and opportunities to evade taxes, therefore the new income tax code aims to combat this phenomenon,” he said.

Referring to his relations with the Troika, Theocharis expressed frustration saying that “it asks for data yesterday and it wants it today […] that’s why we lose our sleep!”

He said that he understood that the Troika’s stance was not to punish Greek people and that the Greek administration had to regain lost confidence with international lenders. But he complained about what he saw as unreasonable demands.

“When you say for instance that this measure can be implemented in four months and it is not finally implemented on time, then you lose your credibility,” said the general secretary of public revenue.

Another issue of high importance according to Theocharis is the involvement of politics into what he sees as “technical fields”.

Optimism about the future

Looking to the future, Theocharis expressed confidence about Greek society’s capacity to adjust to austerity measures, underlining the significant efforts it has made so far to respond to the Troika’s demands.

“Greek society will persevere until we come out of the crisis,” he said.

“For now we are delivering our obligations and we will become even more merciless towards tax evaders,” Theocharis concluded.

Greece's international lenders agreed in November on a package of measures to reduce Greek debt by €40 billion, cutting it to 124% of gross domestic product by 2020.

Greece will receive up to €43.7 billion in stages as it fulfills the conditions imposed by the troika of international creditors - the European Commission, the European Central Bank and the International Monetary Fund.

Bailout money for Athens runs out at the end of 2014 and the country is expected to need further relief to make its debt sustainable - even though it has already received about 90% of the €240 billion earmarked to protect it from a chaotic default and possible exit from the eurozone.

0 responses to “Athens will be ‘merciless’ on tax evaders, says Greek ‘taxman’”