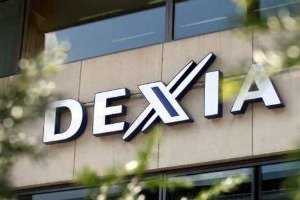 Crisis-riven European banks could see their management dismissed and shareholders driven to accept losses to resolve failing institutions without hitting the public purse, under proposals to be launched today.

The proposal to harmonise banking resolution management across member states will be published by the Commissioner for the Internal Markets, Michel Barnier, and aims to snuff out taxpayer-funded giveaways for banks deemed “too big to fail”.

The proposals include measures compelling institutions to be prepared for crisis situations and enabling national supervisory authorities to intervene early in troubled institutions.

National authorities would be authorised to take control over crisis-hit banks to take rapid action. The proposals also enable co-operation between authorities when dealing with struggling cross-border banks.

The cost of helping out crisis-hit banks would come from the banks themselves, which would contribute depending on the size of their net potential liabilities to a national fund administered by each member state.

These funds would hold 1% of covered deposits over a ten-year transitional period, and the proposal allows for the use of funds from one member state to be transferred to another in cross-border banking crises.

Officials said that if the proposals had already been in place, public bail-outs of the sort carried out in Belgium for Dexia would not have happened. The officials said that the proposal  foreshadows the creation of a single European resolution fund for banks, but that such a step could not be taken immediately but “by degrees”.

Closer integration of the resolution arrangements will be explored later in the year when proposals for a European banking union emerge, the officials said.

There is a pressing need to move away from the "current situation whereby the fate of public finances is excessively tied to that of banks," Barnier said in an opinion piece in the Times newspaper today.

"To exit the crisis and regain confidence and growth, it is vital that we take decisive steps to strengthen our banking system and put it at the service of consumers of the real economy."

The idea of making banks and other financial institutions pay for failings in the sector is not new.

The Group of the Twenty most industrialised countries worldwide (G20) has already called for a framework to prevent and cope with future financial crises on several occasions, with which the private sector would be actively involved.

EU Internal Market and Financial Services Commissioner Michel Barnier has made clear that he will not refrain from taking a tough stance against the private sector if necessary.

Unlike his predecessor, Irish free-market champion Charlie McCreevy, Barnier has already stated that he does not believe in self-regulation.