The €200 note is set to take the €500's mantle as the most valuable banknote in the common currency.

Germany’s central bank has cast doubt on what impact abolishing the €500 note would have on money laundering and the financing of terrorism. EURACTIV Germany reports.

Bundesbank chairman Carl-Ludwig Thiele expressed doubts on Thursday (3 March) about how significant a phase out of €500 notes would be in the fight against international terrorism, as well as other illegal activities. At an event in London, Thiele warned that “citizens should not be placed under general suspicion”.

The European Central Bank (ECB) is already preparing for life without the €500 note, which is one of the most valuable banknotes in the world. It is not the first time that the Bundesbank has disagreed with ECB policy, as its president, Jens Weidmann, has long been a critic of the Frankfurt-based bank’s bond-buying programme.

German Finance Minister Wolfgang Schäuble has recently increased his support for abolishing the banknote, as eurozone members try to step up measures against terrorism and money laundering. Schäuble has also argued that cash transactions should be limited to just €5000. Thiele commented that such a fundamental change would carry large risks and its knock-on effect could be significant. He also highlighted the impact this would have on people’s freedom.

There are already limits on cash transactions in place in other member states: in Italy, it is €3000 and in France it is just €1000. 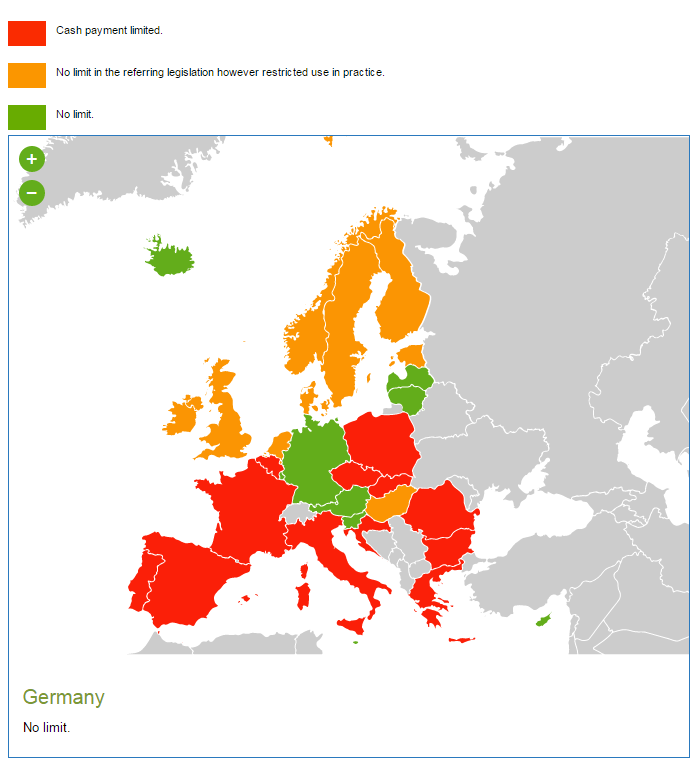