Commission officials: Fining France over deficit is still an option 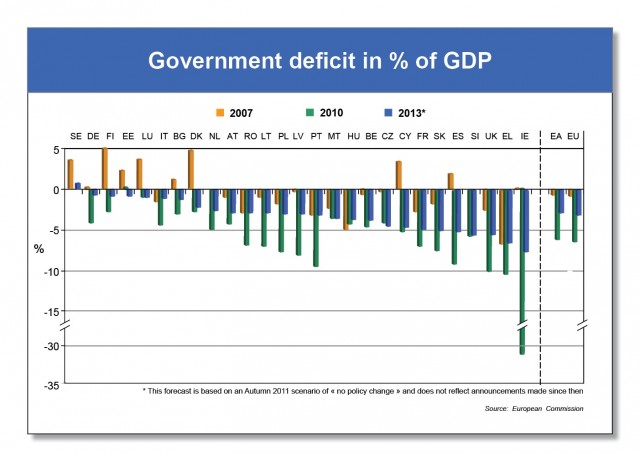 EU officials are considering fining France for failing to cut its budget deficit, although the eurozone’s second biggest economy, a driving force in the creation of the shared currency, could yet be spared the unprecedented punishment.

Just three weeks ago, Paris appeared to be virtually off the hook when the European Commission passed up the opportunity to demand immediate changes in its 2015 budget after France, like Italy, made some tweaks to an initial draft.

But before Monday’s (24 November) deadline for the Commission to give its final opinion on member states’ budgets, several EU officials have made clear to Reuters that fining the French – in theory as much as €4 billion – remains a serious option, punishing Paris now for failing to meet previously set targets.

Discussions continue on ways to avoid a move that might fuel growing anti-EU sentiment in France – a trend that Germany, the bloc’s dominant economy, is keen to counter while nonetheless defending EU rules.

Yet officials at the European Union executive in Brussels are wrestling with legal texts that limit their scope to overlook France’s persistent failure to meet targets – as well as with protests from smaller states that have suffered under EU bailout terms and who say the rules will lose credibility if Paris is able to flout them.

“If the disciplinary procedure has to be stepped up because of no effective action on the part of France, it would mean a fine, according to the rules,” said one senior EU official with direct knowledge of the state of discussions.

“It could still go either way,” said another.

A decision on a fine could come next week or the week after that, after the Commission announces its assessments of euro zone countries’ draft 2015 budgets on Monday, EU officials said.

A third EU official portrayed a state of brinkmanship: “The Commission is being very tough but how far they’ll go, I’m not sure,” he said, suggesting talk of a fine was meant to wring concessions from Paris. “That’s the game being played and it hasn’t yet played itself out.”

A fine of up to 0.2% of national income is possible. France was granted two extra years by EU finance ministers last June to bring its deficit below a 3% EU limit after missing an end-2013 deadline. France has now said it will miss the 2015 deadline too.

Any fine might well be much smaller than the maximum possible – not least because a big fine would only make French public finances worse.

France, whose economy barely grew over the last two years, is an example of the difficulty facing many governments in implementing unpopular structural reforms of pensions or labour laws and keeping a tight rein on public spending.