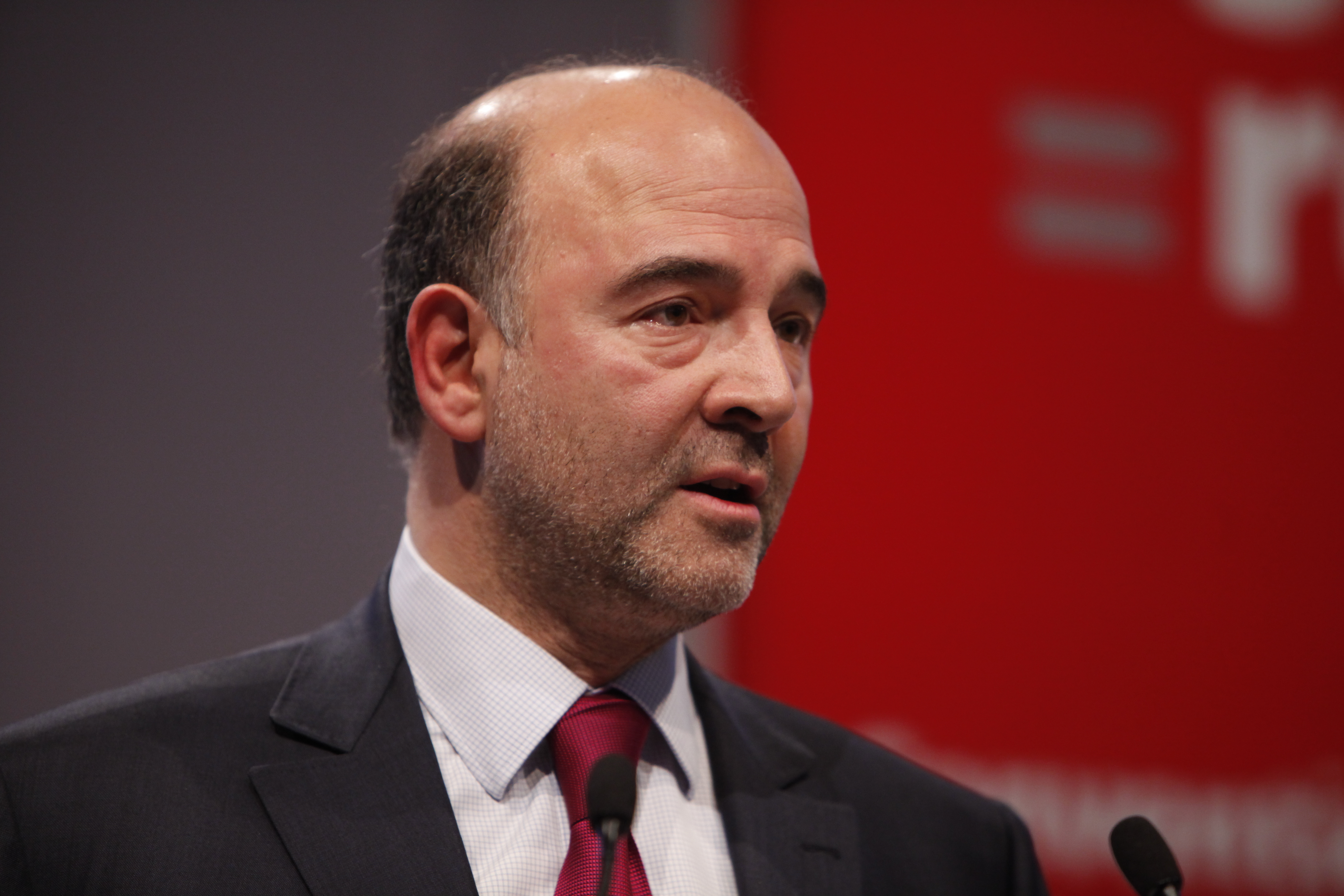 Pierre Moscovici provoked unease among Commissioners, as he rushed to announce an opinion not adopted by the College. [Parti socialiste]

The European Commission decided on Tuesday (6 October) to postpone a negative opinion on the Spanish budget for 2016, contradicting Economic and Taxation Affairs Commissioner Pierre Moscovici, who had told the press otherwise.

Moscovici is widely regarded as a “dove” among Commissioners dealing with economic issues. But his tough stance toward Spain has not only “surprised” fiscal hawks such as German Minister of Finance Wolfgang Schäuble. It has also raised eyebrows among his colleagues in the College of Commissioners.

The EU executive decided on Tuesday (6 October) to postpone a negative opinion on the Spanish budget, drafted by the French Commissioner. Speaking to the press on Monday (5 October) after the Eurogroup meeting, Moscovici said that, according to the Commission’s analysis, Madrid was at “risk of non-compliance” with the Stability and Growth Pact in 2015 and 2016.

Moscovici told reporters that the college would adopt an opinion the following day,  in which the EU executive would urge the Spanish government to “strictly execute” the budget for this year and “to take the necessary measures” to ensure Madrid meets its fiscal targets for 2016. In light of these new measures, on 23 November, the Eurogroup would assess the Spanish budget for next year, and could request an updated version to the new government elected on 20 December.

However, Valdis Dombrovskis, Commission Vice-President for the Euro, and Moscovici’s boss, corrected the French Socialist, and said that “more time is needed” to discuss this issue. The decision could be taken “in a matter of days”, he added.

“It is important that we communicate the substance and give the full picture once the decision is adopted,” Dombrovskis emphasised in a veiled criticism of his French colleague.

Officials told EURACTIV that Moscovici’s urgency to communicate the details of the opinion before it was adopted provoked unease among other Commissioners.

The Commission’s stance on the budget is particularly sensitive ahead of the Spanish general elections taking place on 20 December. The ruling center-right party, the Partido Popular (PP) has invested a lot of political capital in the economic recovery for its reelection, raising questions suspicions that Moscovici’s decision was politically motivated.

In his concluding remarks after the Ecofin Council on Wednesday (6 October), Spain’s Minister of Econonmy, Luis de Guindos, said that the Commission services are “neutral, and sometimes they are right, and others, they are wrong”.

Guindos ruled out adopting new austerity measures before the Spanish Parliament is dissolved on 26 October. In his view, the differences between the Commission’s forecast and the Spanish one are “small” and the financial gap could be covered by the better-than-expected growth for this year and next.

Officials said Dombovskis was not alone in his decision to postpone the adoption of the negative opinion. Although the sources declined to name who supported the conservative Latvian commissioner, they clarified that the Spanish Miguel Arias Cañete, a former member of the Conservative PP government, did not take any sides. Moscovici himself was absent at the weekly meeting of the College of Commissioners, which took place in Strasbourg, as he was participating in the Ecofin Council in Luxembourg.

This is not the first time that the French Commissioner has sparked some controversy. Last January, Moscovici took for granted the adoption of the Communication to ease EU fiscal rules, before the text was adopted by the college. Some EPP-affiliated Commissioners, among them Cañete and Günter Oettinger, wanted to postpone the adoption of the Communication.

This time around, Moscovici has found himself as an advocate of applying strict fiscal discipline to Spain, while the austerity-minded German government rushed to support Spain’s record of reforms and adjustments over the last months.

Guindos and Schäuble noted on 6 October that Moscovici was “much more critical” during the Eurogroup press conference, compared to the comments he expressed to the ministers inside the room.

“It seems as though there was new information in the time between the Eurogroup meeting and the press conference. And I am not saying this only with irony,” Schaüble said.