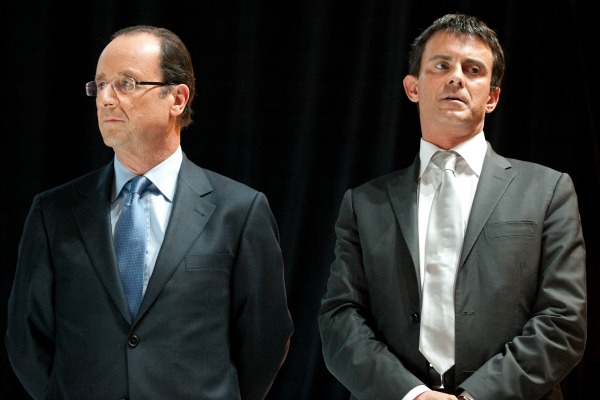 The European Commission on Wednesday (27 August) said France’s new government must urgently speed up its reform plan, aimed at helping the economy by cutting business taxes at the same time as trimming public spending to bring the deficit to within EU limits.

The call shows that the EU is keeping up the pressure on President François Hollande after a government crisis earlier this week provoked by three ministers who challenged his increasingly pro-business line and rejected budgetary rigour.

Paris has admitted it will not meet its public deficit target this year and is unlikely to do so in 2015. However, Hollande is hoping for leeway from EU officials in Brussels, amid a debate in Europe about how to kickstart growth and reduce debts.

Hollande has ousted the three ministers and named a former investment banker, Emmanuel Macron, as his economy minister.

“It is urgent for France but not just France, for the other countries which are in a similar situation to speed up the work they are doing, the structural reforms,” said a spokesman for EU Economic Commissioner Jyrki Katainen.

“What will of course be fundamental will be the respect for fiscal efforts measured in structural terms,” the spokesman added of the Commission’s role monitoring national government moves to bring deficits into line with EU-endorsed limits.

The spokesman declined to comment on the new government line-up but said it was important that France had confirmed its intention to press ahead with reforms and added that the Commission was willing to help France in its efforts.

Earlier, Macron vowed to rebuild trust in the eurozone’s second-largest economy and put an end to mixed messages and infighting on its economic policy.

“We have to win back the confidence our partners and investors abroad must have in our country and to win back the trust of the French themselves. Without that, we can do nothing,” Macron said at a handover ceremony with his predecessor, Arnaud Montebourg.

Economists have welcomed Macron’s nomination, seen as a sign Hollande will press ahead with a pro-business policy to cut corporate taxes by €40 billion to lift the economy out of stagnation while trimming the deficit.

Paris has hinted it will not bring its deficit under the EU cap of 3% of GDP next year, but is hoping to convince its EU partners to give it some breathing room.

In two years, Hollande has carried out reforms of France’s generous pension system and complex labour market which critics argue go only part of the way needed to give a shot in the arm to the eurozone’s flat-lining second largest economy.

Macron will take over preparation of a law promised for September to cut red tape for businesses and open up closed professions such as pharmacists and notaries.

This is a longstanding demand from Brussels and one Hollande hopes will help convince EU peers it is carrying out structural reforms – a condition to win more reprieve on EU fiscal targets.

Going beyond the first labour reform, the government is also looking into reviewing rules that oblige companies with a certain number of staff to have works councils and other rules, which business leaders say deter many from hiring.

0 responses to “Commission tells France to urgently speed up reforms”