The leader of Britain’s main opposition party will call on government on Tuesday (5 April) to do more to tackle tax havens, saying it was time British Prime Minister David Cameron stopped “pussyfooting around on tax dodging”.

After leaked documents from a Panamanian law company how the world’s rich and powerful used secretive offshore company structures to stash their wealth, Cameron has come under pressure to clamp down on tax evasion in British-linked territories.

Cameron has so far been silent on the release of the so-called Panama Papers, declining to comment on the naming of his late father and members of the ruling Conservative Party among the list of clients who used the law firm, Mossack Fonseca.

On Monday, his spokeswoman declined to comment on whether the leader’s family had money invested in offshore funds set up by his father, saying it was a “private matter”.

Leader of the opposition Labour Party, Jeremy Corbyn, will say in a speech later on Tuesday that Cameron needs to do more.

“The government needs to stop pussyfooting around on tax dodging. There cannot be one set of tax rules for the wealthy elite and another for the rest of us,” Corbyn will say, according to excerpts of his speech to launch Labour’s campaign for local elections next month.

“This unfairness and abuse must stop. No more lip service. The richest must pay their way.”

Corbyn will say that Britain has a “huge responsibility” as many tax havens are British overseas territories, like the British Virgin Islands and Cayman Islands, or Crown Dependencies, such as Jersey or the Isle of Man.

In 2013, Cameron put tackling tax avoidance at the heart of his agenda when hosting a G8 summit, especially in some of Britain’s former colonies, which increasingly rely on a combination of tourism and revenues from shell companies and trusts which often hide wealth.

Three years later, some opposition lawmakers say the release of the Panama Papers show that the battle is far from won and are demanding that the British leader stamp British control over its overseas territories, most of which are self-governing.

The wife of Miguel Arias Cañete is listed as a shareholder of an investment company in Panama, which the Climate Commissioner failed to mention in his declaration of interests. EURACTIV France reports.

According to media which have seen Mossack Fonseca’s files, more than half of the 200,000 companies set up by the firm were registered in the British Virgin Islands, where details of ownership do not have to be filed with the authorities.

The Financial Secrecy Index puts the British Virgin Islands 21st out of 92 countries ranked according to their secrecy and scale of their offshore financial activities.

But Dominic Grieve, a former attorney general and Conservative chair of the Intelligence and Security Committee, said that preventing overseas territories from running their own financial services would push criminality elsewhere.

“I think the government has a responsibility towards encouraging overseas territories to find legitimate ways of economic development and the financial sector is undoubtedly such a legitimate method,” he told BBC radio, adding that people only use tax havens if their own systems were “onerous”.

“The best way of ensuring that…people do not want to go to the BVI is to provide the right environment domestically.” 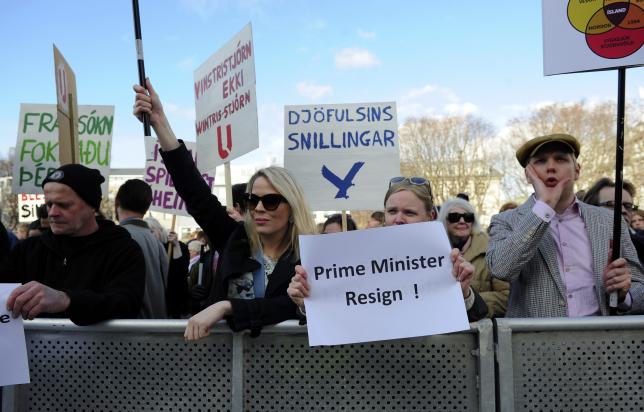 Iceland’s opposition filed a motion of no confidence in the prime minister and protesters gathered outside parliament yesterday (4 April) after the Panama Papers showed his wife owned an offshore company with big claims on the country’s collapsed banks.