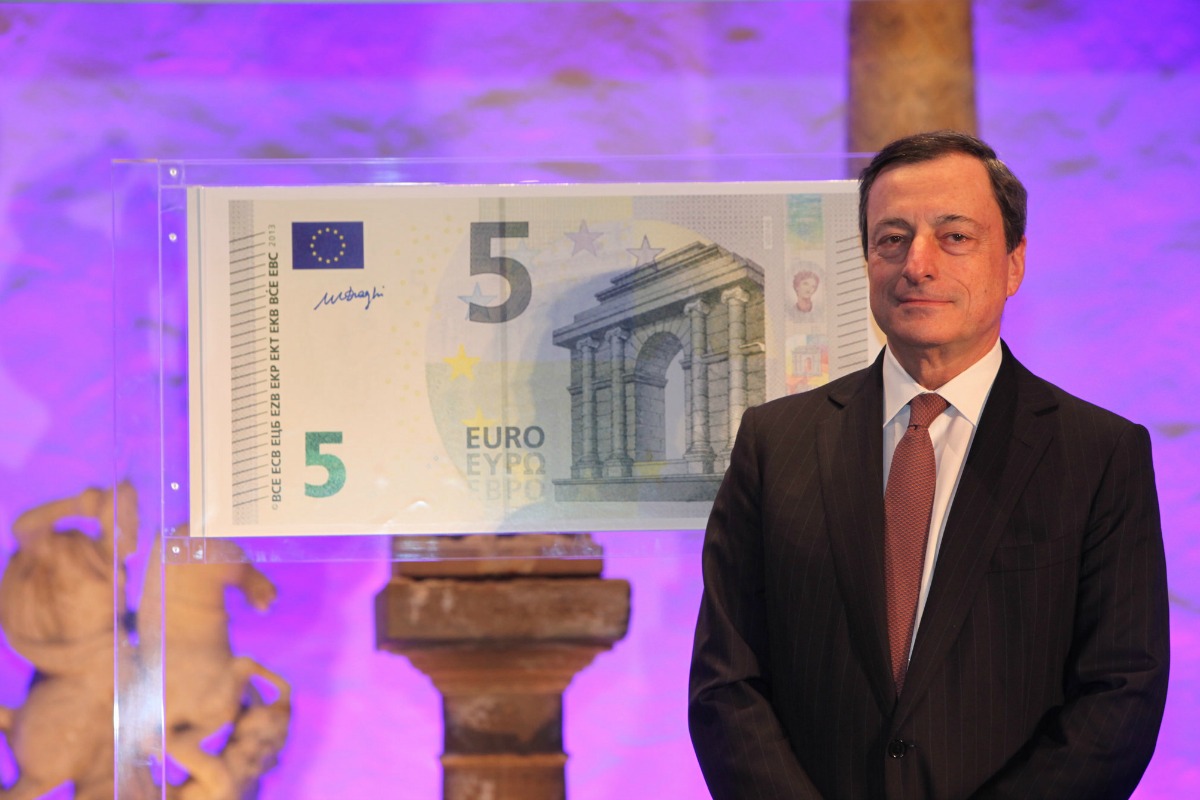 The European Central Bank invited banks on Tuesday (16 September) to bid for a fresh round of long-term loans it hopes will stimulate lending to businesses and reinvigorate the eurozone economy, but which may see only modest take-up.

The programme is a key plank of ECB efforts to stave off the threat of deflation and breathe life into the eurozone economy, which stagnated in the second quarter.

At 0.3%, inflation is running well below the ECB target of just under 2%.

The ECB will announce how much it is granting banks in the new loans at around 0915 GMT on Thursday, doling out the fresh cash just as the cheap three-year long-term loans – or LTROs – that it issued in late 2011 and early 2012 approach expiry.

The newly-targeted funds, or TLTROs, will also offer banks long-term funding at interest rates close to zero, but will be tied to lending to the mostly smaller firms that are the eurozone’s economic backbone.

Analysts are sceptical the operation will boost lending.

“It doesn’t matter how much liquidity you give banks. They will still not lend,” said Fabio Ianno, a banking expert with ratings agency Fitch.

Fitch believes the weak state of many companies in southern Europe and subdued demand means banks have little appetite to issue corporate loans in the region.

ECB President Mario Draghi said earlier this month he wanted the TLTROs, together with a new ECB asset-purchase programme, to swell the central bank’s balance sheet – an exercise aimed at freeing up the flow of credit and stimulating the economy.

Draghi said he wanted the balance sheet to get back to levels seen in early 2012 – up to a trillion euros higher than its present size.

“If the name of the game here is bigger balance sheet, I’m sceptical we’ll get much,” RBS economist Richard Barwell said of the initial TLTRO operation.

This week’s operation is the banks’ first shot at the TLTROs.

Under the plan, banks can borrow up to €400 billion at tenders this week and in December at a slight premium to the ECB’s regular funding operations, with opportunities running through to mid-2016 to take additional loans.

A Reuters poll of 20 money market traders pointed to banks taking over three quarters of the sum on offer, snapping up €133 billion at Thursday’s offering and a further €200 billion on Dec. 11.

“That doesn’t feel like it would be a game-changer for the balance sheet, which then puts more pressure on the programme Draghi announced earlier this month,” said Barwell.

Under that programme, the ECB plans to buy asset-backed securities (ABS) and covered bonds to help ease credit conditions in the eurozone.

Under the TLTRO plan, banks that have shown positive net lending between April of this year and the new funding operation can borrow up to three times their net new lending in that window and keep the money until 2018, so long as they beat a certain benchmark for lending set for them.

The terms of the plan do not stipulate, however, that banks must devote all the ECB loans to new lending.

The idea is that one or more of three things will happen. Banks may use the money to lend to households and businesses, thereby directly helping to revive the economy, or take the money and buy assets themselves, or use the funds to substitute for issuing their own debt.

The latter two could lower the funding costs for all banks, even those who don’t take the ECB’s money, and spill over into looser conditions in the broader corporate credit market, making money cheaper and easier to access.

Making the TLTROs more attractive, the ECB cut interest rates to record lows at its Sept. 4 meeting and said it would not reduce them any further – so later shots at the TLTROs would not come at more favourable terms.

Indeed, locking in the TLTRO funds for four years would offer banks a kind of insurance against any potential interest rate hikes over that timeframe.

Getting the funds to flow to businesses is another matter.

“I don’t think the money will flow to the real economy,” said Ianno at Fitch.

A slowdown in the eurozone's economic recovery in 2014 has reinforced calls for bold actions by the European Central Bank.

Euro zone inflation has been stuck in the European Central Bank's 'danger zone' of below 1% since October 2013 and coupled with weak growth poses a risk for the recovery.

The ECB launched a raft of measures to fight low inflation and boost the euro zone economy.

In June, it lowered the deposit rate to -0.1%, meaning it will effectively charge banks for holding their money overnight. It cut its main refinancing rate to 0.15%, an all-time low, and the marginal lending rate - or emergency borrowing rate - to 0.40%.

It also promised up to €1 trillion in cheap long-term loans to banks from September, and kept the door open to a programme of large-scale asset purchases, known as quantitative easing (QE).

The ECB went further in September by cutting its main refinancing rate to 0.05%, raising the penalty for banks for keeping money overnight in central bank deposits to 0.20%, and announcing a new programme of asset-backed securities and covered bond purchases.

In August, French President François Hollande urged the ECB and Germany to do more to boost growth and fight a "real deflationary risk" in Europe.

>> Read: Hollande urges ECB to 'inject liquidity in the economy'