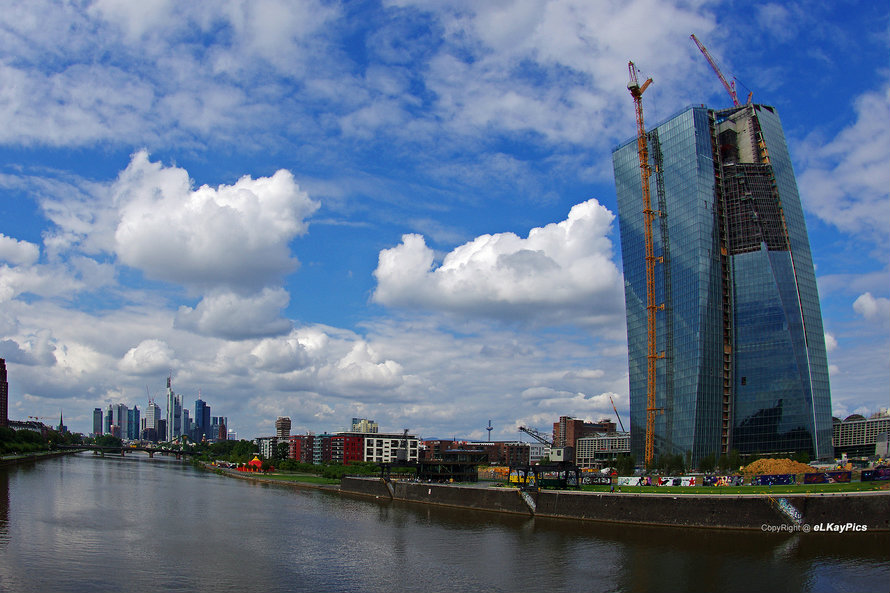 Germany’s Bundesbank may have to forego voting rights in the Council of the European Central Bank (ECB) every five months after Lithuania joins the euro zone, sparking warnings of “dangers for Germany” among conservatives. EURACTIV Germany reports.

With Lithuania’s accession to the eurozone next year, the number of central bank presidents in the ECB Council will exceed 18 for the first time. Every additional member state in the euro area means the ECB Council must grow as well, further complicating the decision-making process.

The jump to more than 18 members, after Lithuania’s planned switch to the euro currency in 2015, will be the first time the group has reached this size. It will be the starting signal for a new voting procedure to come into effect.

Up until now, votes from all the members were counted in every meeting of the ECB Council. Along with six members of the ECB executive board, there are currently 18 presidents and governors of national central banks in the euro system.

Other than the six-person ECB Executive Board, the 19 national chiefs from central banks will not be able to submit their vote each time. Instead, according to the established European treaties, voting rights will “rotate”.

The number of central bank presidents allowed to vote is permanently limited to 15. At the same time, groups will be formed based on size of the member state; the five biggest member states of the eurozone, including Germany for example, will share four votes in circulation within a time period of five months. The countries in this group will be Germany, Italy, Spain, France and the Netherlands.

This means that every five months Bundesbank president Jens Weidmann will not be allowed to vote on Europe’s monetary policy, sparking fears that Germany will lose influence in the ECB Council.

Germany holds 27.5% of the shares in the ECB, Markus Ferber a conservative MEP from the Bavarian Christian Social Union (CSU) said indignantly.  “It cannot be that the biggest member states are left out every five months”, said Ferber.

The current rotation principle means that small countries like Malta and Cyprus will be allowed to vote more often than Germany, said Ferber. He sees an “urgent need for reform” of the ECB Council voting rules and suggests that the six directors and the presidents from the five largest central banks form a permanent body, not falling under the rotation principle.

“Only in this way is it certain that responsibility and decision-making remain connected in the ECB Council,” Ferber contended.

Bernd Lucke, the chairman of the Alternative für Deutschland (AfD) Eurosceptic party, wants the Bundesbank to be granted a veto right over ECB decisions. The negotiated voting rotation must be reversed “to ensure that stability oriented central banks like the German Bundesbank continue to have voting rights proportionate to their significance”, Lucke told Handelsblatt Online.

The Greens, on the other hand, strongly criticised calls for a power of veto. “Bundesbank chief Jens Weidmann is not Germany’s vicegerent in the ECB Council,” said the head of the Green party’s faction Anton Hofreiter, speaking to the Frankfurter Allgemeine Zeitung.

“Instead of aiming for a German special role, some of the actors in the [Christian Democrat/CSU alliance], the AfD and the [liberal Free Democratic Party]’s chief Christian Lindner should wipe the German colours off their faces. Those do not have anything to do with monetary policy,” said Hofreiter.

Lindner vehemently attacked Finance Minister Wolfgang Schäuble (CDU) because of the rotation. “We expect that the German government aggressively work for a permanent seat for Germany in the ECB Council,” Lindner told the Handelsblatt.

The existence of the rotation principle in the most important decision-making body of the currency watchdogs is “unacceptable, considering the state of the euro area,” Lindner said.

But Schäuble intends to hold on to the rotation rule. There is no reason to make any changes to the rotation principle at the moment said a spokeswoman for the Federal Finance Ministry, who was speaking in Berlin on Monday. On the one hand, she said, it contributes to the “protection of the stability idea and, as a whole, this principle is meant to produce efficient decision-making and an appropriate representation of the member states”.

In addition the spokeswoman indicated that the principle only applies to decisions in monetary policy. “For all other decisions, so basically in decisions over capital, this rotation principle does not apply.”

Of course the non-voting presidents from national central banks would “naturally continue” to take part in the meetings, the spokeswoman said, as well as having a right to speak and can “of course join in the discussion at any time”.

A slowdown in the eurozone's economic recovery in the first quarter reinforced calls for bold actions by the European Central Bank. The eurozone economy expanded by just 0.2% in the three months to March, the EU's statistics office Eurostat said.

Euro zone inflation has been stuck in the European Central Bank's 'danger zone' of below 1% since October and coupled with weak growth poses a risk for the recovery.

Growth in the first quarter rise was mainly due to Germany, which compensated the stagnation in France and the shrinking output in Italy, the Netherlands, Portugal and Finland. The quarterly rise was driven mainly by change in inventories, along with domestic and government consumption and exports. Imports did little to help the economy.