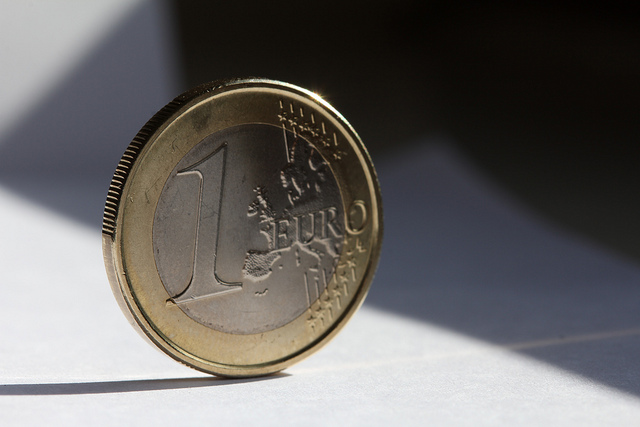 After a six month extension period, eurozone countries are now forging ahead with the switchover to the new Single Euro Payment Area (SEPA). EURACTIV France reports.

From 1 August, “BIC” and “IBAN” will become everyday vocabulary for people making bank transfers or direct debits in the eurozone. The switchover to the SEPA system harmonises payment methods within the EU. It should reduce delays in cross border bank transfers from an average of five days to one day.

Member states failed to put in place the new Single Euro Payment Area (SEPA) first time around and were granted a six month extension, but will not need another thanks to their increased efforts.

According to quantitative indicators by the European Central Bank, Germany’s usage rate of SEPA credit transfer transactions increased from 58.5% to 92.7%. In Italy they increased from 61.5% to 96.3%.

Generally, all members of the eurozone, bar Austria and Greece, scored above 90% in June 2014. Nine countries, including Spain and Belgium, have totally switched over to the SEPA system.

Non-eurozone members can adopt the system on a voluntary basis. The most successful to do so was Denmark, with a usage rate of 100% since the second semester of 2012. Hungary did not do so well, with just 54.91% in the first semester of 2013.

The European Commission granted member states a six month extension period for the SEPA system, which was initially planned to come into force on 1 February.

Internal Market Commissioner Michel Barnier said the extension was because small and medium-sized enterprises (SMEs) and individuals struggled to migrate to the new system: “I regret having to do this but it is a measure of prudence to counter the possible risk of disruption to payments and potential consequences for individual consumers and SMEs in particular.”

Transfers of companies that fail to adopt the system by 1 August will be rejected, which could cause problems in paying suppliers or wages.

Gerhard Huemer from the European Association of Craft, Small and Medium-sized Enterprises (UEAPME), told EURACTIV that it was changes in German legislation that kickstarted the report. “Germany faces a very specific problem; German authorities had to change national law in order to allow for automatic bank transfers […] the law was adopted before the end of last year, but its coming into force took some time.”

Banks put in place various measures to ensure a smooth transition for companies. In most countries, banks provided companies with software programmes which were often free. The French Banking Federation created a website with explanatory videos and teaching guides.

But Huemer says that these services came “pretty late”. “Six months ago, SMEs carried out less than 10% of transactions within the SEPA system. Then, when banks put measures in place at the end of last year and this spring, the transition rate increased quickly,” he said.

A source at the French Banking Federation said that the banks were well prepared. “All the information was presented. In the end, there are definitely smaller companies that did not do what was necessary. But they were informed by their professional associations, the MEDEF and the CGPME.”

Internal Market Commissioner Michel Barnier said when SEPA came into force on 1 August, "Today, a big part of the Single Euro Payments Area has become reality. In all euro countries citizens have now available a common and simple way to pay at home and across borders; SEPA credit transfers (SCT) and SEPA direct debit (SDD). Faster and safer transfers between bank accounts in the euro area will benefit the European economies at large.

"Completing the migration of payments to SEPA today is a real success. Only six months ago, when we decided to postpone the end-date for migration to SEPA, the percentage of payments which had migrated to SEPA was much lower. The transition period granted by EU legislators in February had the expected effect on the market: giving some relief to the community while keeping enough pressure to ensure a continued migration.”

The implementation of the Single Euro Payments Area (Sepa), which seeks to introduce the same procedures and obligations across the EU for credit transfers, direct debits and payment cards, remains patchy across the EU.

A clear timeline specifies when the rules need to be implemented in all member states. For the euro area, the final deadline is 1 February 2014. The deadline for euro-denominated payments in non-euro area countries will be 31 October 2016, however.

However, even within the eurozone countries there are some doubts that full implementation will be possible by February next year. In Italy, for example, implementation has been slow.