EU, IMF add to the confusion ahead of Greek referendum

By Georgi Gotev and Sarantis Michalopoulos | EURACTIV with agencies 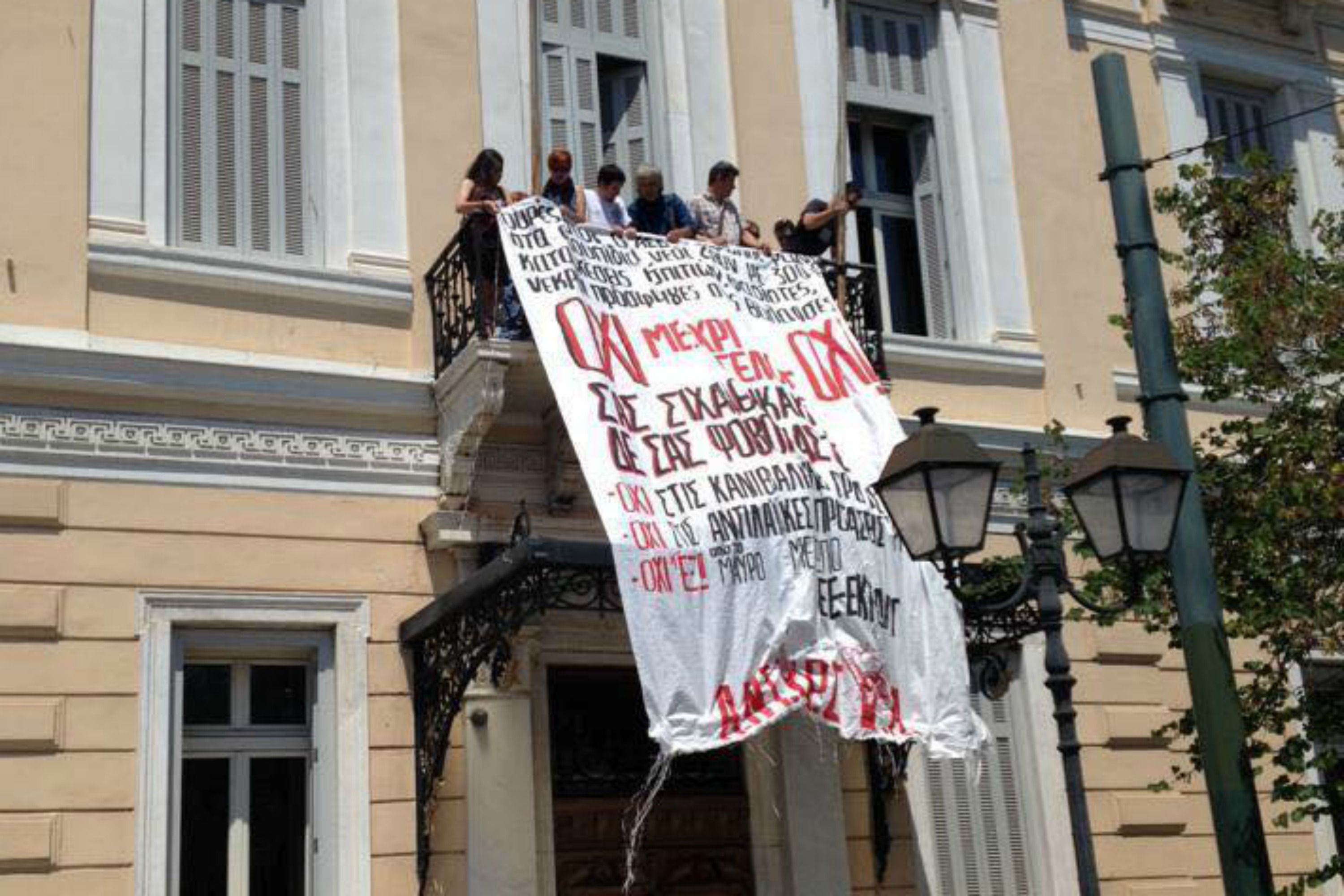 The EU and IMF issued warnings about the perilous state of Greece’s finances yesterday (2 July), ahead of a referendum that will determine its future in the eurozone.

As Greece’s leftist leaders staked their political lives on the outcome of Sunday’s vote, the International Monetary Fund warned the country’s growth prospects had deteriorated dramatically since the Syriza party came to power in January.

The Washington-based lender slashed its forecast for Greece’s growth this year to zero, from 2.5%, and warned it will need at least an additional €50 billion to stabilise its finances over the next three years.

The IMF – which along with the EU and ECB has lent Greece €240 billion since 2010 – also predicted any new bailout deal would rely more on Europe’s largesse, including €36 billion from Brussels.

The Greek government was quick to greet the IMF’s prognosis as confirmation of its positions. On Thursday aftenoon, the Guardian said that the new disclosures from the IMF had “electrified” the referendum campaign, in Syriza’s favor.

The bleak picture came as Greek Finance Minister Yanis Varoufakis warned the government “may very well” resign if Greeks spurn its call to vote “No”, although Prime Minister Alexis Tsipras cast doubt on whether he would go in a television interview.

Exasperated leaders in Brussels warned the eurozone would be plunged into “unknown” territory if the Greek government got its way in the vote, which they said was effectively a referendum on the country’s place in the 19-country eurozone and even the EU.

He also said that Tsipras would have to resign, in case of victory of the yes vote. A “government of technocrats” should be put in place, so that negotiations with the creditors could continue, he further said, as AFP wrote.

Schulz later denied having spoken in favour of a government of technocrats.

Gross misinterpretation that I am wishing for a technocratic government in Greece as @AFP claims.

French President François Hollande, meanwhile, warned a “No” could send the eurozone “into the unknown”, and the head of the Eurogroup of finance ministers, Jeroen Dijsselbloem, said: “In case of a ‘No’, Greece’s situation will become exceptionally difficult.”

Tsipras insisted a ‘No’ vote would “not signify a rupture with Europe” despite efforts by EU leaders to cast it as a referendum on Greece’s place in the bloc.

“Come Monday, the Greek government will be at the negotiating table after the referendum, with better terms for the Greek people,” he added, standing between Greek and EU flags.

“But if the ‘no’ vote wins, and the ‘no’ is stronger, I assure you, the very next day I will be in Brussels and a deal will be signed,” Tsipras added.

He declined to mention that the creditors consider that after 30 June, there was no longer anything to sign and that talks would need to start from scratch, with a much more difficult negotiating position for Greece.

The stakes are high for the country’s 11 million people, who saw banks close this week and businesses shutter up in the latest economic blow after years of painful recession and austerity.

The daily allowance of cash from many ATM machines has already dropped from €60 to €50, purportedly because €20 notes are running out. At least 40% of the ATMs are empty.

As much as the public feared cash shortages for household expenses, business leaders said they needed emergency liquidity to prevent the wider economy grinding to a halt.

Who shut down the banks?

Many Greeks blame the creditors for having shut down the banks. The governing Syriza party released a commercial saying “They (the EU) want to abolish democracy”.

“Now it’s only the banks. But if there’s a run on supermarkets and fuel starts running out, it could lead to riots, to chaos, even to a coup by the sort of military junta which seized the country in 1967,” said Georgiadis Aris, an Athens lawyer.

Greeks reportedly fear ‘haircuts’ on their saving accounts be introduced as a condition of the banks re-opening and are not sure whom to blame more – their authorities or the creditors.

Tsipras ensured Greeks yesterday that no bank haircut will happen. “I personally guarantee the bank deposits and the pensions”, he noted.

Tensions reached boiling point in the capital’s central Syntagma square Thursday where scuffles broke out between anti-government protesters and riot police on the margins of a demonstration of 6,000 people.

At the same time, a smaller rally of 1,200 people backing the government’s “No” stance gathered in front of the city’s nearby university.

“There is no future for this country in the EU. Because of the austerity measures there is poverty, people dying in the street, committing suicide,” said one 26-year-old woman taking part, Marta.

Yesterday the Office of the European Parliament was occupied by the far-left group “Antarsia”.

The demonstrators expressed their opposition to the government’s proposals to the international lenders as well as the “cannibalistic” deal proposed by the creditors to Greece.

“No until the end. You are disgusting, we are not afraid of you. No to the cannibalistic proposal of the creditors. No to the unpopular proposals of the government. No to black front of EU-ECB-IMF”, wrote a banner placed in the entrance of the European Parliament in Athens.

Voter surveys have given no reliable indication of how the referendum will play out. One poll leaked to Greek media Thursday put the “No” camp at 43%, with “Yes” leading on 47%.

There is also a chance the referendum may yet be cancelled or suspended: Greece’s top administrative court, the Council of State, is to rule today on its legality.

0 responses to “EU, IMF add to the confusion ahead of Greek referendum”