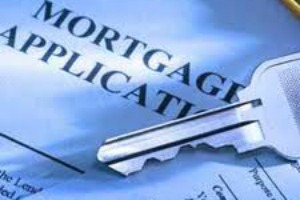 The ability to repay a home loan will be more closely scrutinised under the European Union's first set of rules on mortgages that were backed by the bloc's parliament today (7 June).

The rules aim to curb irresponsible lending in the EU's €6.4 trillion mortgage market which contributed to property bubbles in Spain, Britain and Ireland and helped drag down banks, requiring costly taxpayer bailouts.

"People seeking loans should be very well documented regarding their financial background. They have to be absolutely solvent – and so too the lenders, of course," said Antolin Sanchez Presedo, the Spanish centre-left lawmaker who is steering the draft law through the European Parliament.

It amounts to an effective ban on self-certified or liar loans, whereby a mortgage is given without independent verification of the customer's income. Lenders will have to check the creditworthiness of customers and the prospect of them meeting repayments. Britain is finalising rules that go further and require rigorous checking of actual income.

Presedo reined in some of his more radical ideas ahead of Thursday's vote in the economic affairs committee, triggering relief in the mortgage industry and an expectation that negotiations with EU member states on a final legal text will not result in major changes.

"I don't see any particular aspect that could lead us into conflict with the council (of ministers) here," Presedo said.

Under the rules, a buyer in trouble can hand back the keys as repayment, if this option has been agreed in advance.

The EU rules will also tighten conduct, requiring brokers to act in the best interest of the customer and not the lender in what is typically the biggest financial decision in a person's life.

The new rules will give consumers a 14-day "cooling off" period to cancel a mortgage agreement.

Customers will have the right to repay a loan early, while lenders can charge a "fair compensation" but not a penalty.

There will also be a right to transfer a mortgage from one property to another. Foreclosure by lenders will also be harder as buyers who fail to repay a loan will be better protected from having their home seized.

Lenders will have to present information on home loans in a similar way.

Consumers must be told if their choice of product results in a commission for a broker. Tying products like insurance to a home loan will be banned.

"What they have achieved in parliament is a sensible and balanced outcome. Many of our major concerns have been addressed," said Jennifer Johnson, head of legal affairs at the European Mortgage Federation.

Many of the principles in the draft law are already being applied in full or in part across many EU states but the introduction of the first pan-EU law gives them full legal backing in a consistent way across the bloc.

The hope is that this will also spur cross-border competition in offering home loans and thus give consumers a better deal and boost economic growth.

Mortgage lending is of vital importance to the European economy, representing almost 50% of EU GDP.

Housing bubbles have emerged in member states as diverse as the Baltic states, Romania, Spain, the UK and Ireland, demonstrating that complex lending has not only been at the source of the financial crisis in the US, but also in the EU.

According to the dominant view, at the origin of the crisis lies the spread of a risk-prone approach to lending money and, by reverse, in borrowing it.

The sub-prime mortgage crisis highlighted practices which have pushed lenders to give money away without properly assessing borrowers' ability to pay it back, and these need total redress, read a 2009 paper from the European Commission.

Lenders were encouraged to give loans in cases of high risk of default by exploiting a system that allows them to transfer the risk to third parties by issuing mortgage-backed securities. This is what the controversial proposal for a directive aims to remedy.