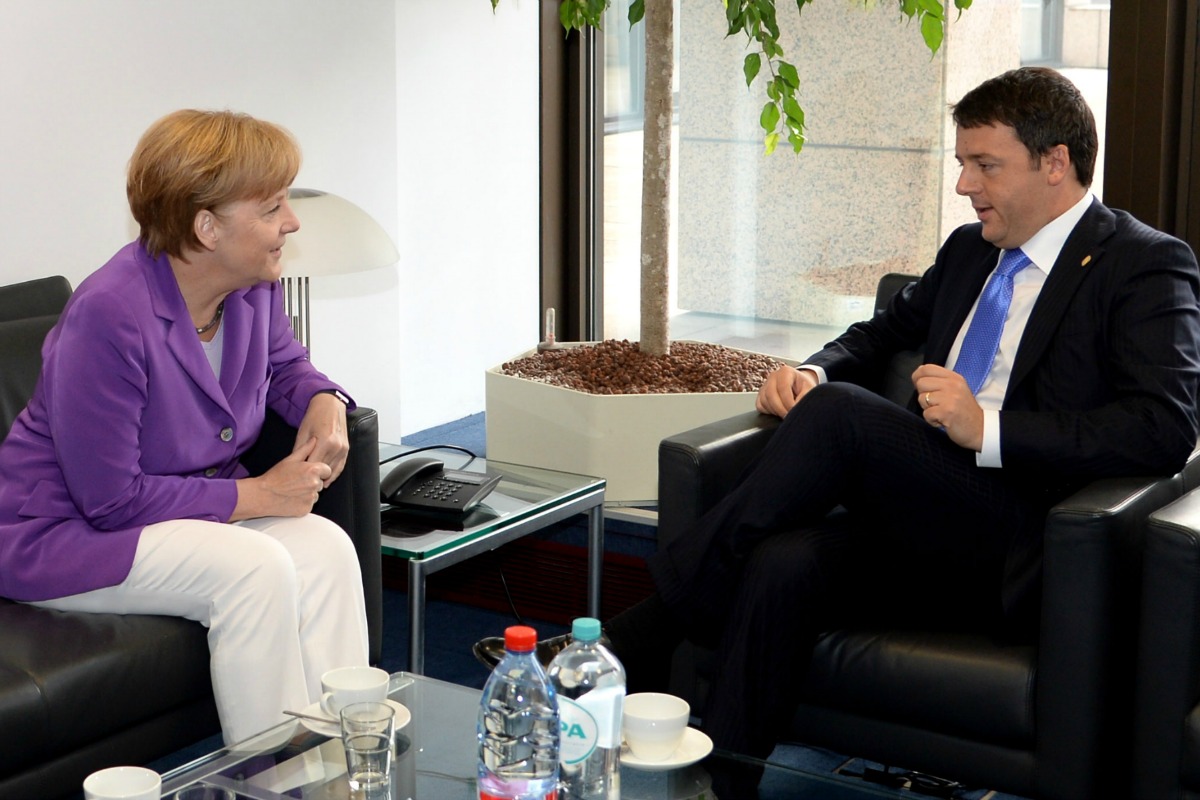 European Union leaders agreed on Friday (27 June) that growth-boosting structural reforms should be rewarded with more time to improve public finances under existing EU budget rules in response to pressure from Italy to shift emphasis from austerity to growth.

After four years of a sovereign debt crisis, when reducing deficits was key for the euro zone to regain market confidence, the biggest headaches for most governments now are record high unemployment, moribund growth and high debt.

Under EU rules, governments have to strive towards a budget close to balance, or in surplus, excluding one-off revenue and spending, and the effects of the business cycle. They also have to reduce public debt.

But the rules also say that governments can be given more time to reach budget balance if they undertake reforms that have a verifiable positive impact on economic growth — an option that has so far has never been used.

Italian Prime Minister Matteo Renzi, whose country has the second biggest debt in Europe at more than 135% of GDP, has been pushing for a more growth-friendly interpretation of the fiscal rules since he took office in February, because without faster growth, Rome won’t be able to pay down its debts.

Renzi, whose standing among EU leaders was boosted by the strong support he received in European elections in May, is not calling for a change in the rules, but for making use of the unused leeway they offer in exchange for structural reforms.

Italy, Germany have a deal

Germany, the most ardent defender of tough budget policies, has been worried that fiscal leniency could lead to a new spending spree by governments taking advantage of low borrowing costs and open the way for a new crisis.

But Renzi and German Chancellor Angela Merkel reached a deal late on Friday on how the shift in emphasis in the EU fiscal rules, called the Stability and Growth Pact, should be phrased to balance the need for flexibility and fiscal prudence.

“The possibilities offered by the EU’s existing fiscal framework to balance fiscal discipline with the need to support growth should be used,” the leaders said in a section of the final summit statement approved on Friday.

“Given the persistently high debt and unemployment levels and the low nominal GDP growth, as well as the challenges of an ageing society and of supporting job-creation, particularly for the young, fiscal consolidation must continue in a growth-friendly and differentiated manner,” the text said.

“Structural reforms that enhance growth and improve fiscal sustainability should be given particular attention, including through an appropriate assessment of fiscal measures and structural reforms, while making best use of the flexibility that is built into the existing Stability and Growth Pact rules.”

The structural reform option, however, will be of little use to France, which has been backing Renzi’s push for more flexibility, because it only applies to countries that have a budget deficit smaller than 3% of GDP.

Paris, which has a deadline of 2015 to cut its budget shortfall below that level, will have to wait until then to take advantage of that option.

Risk of more politics in rules

Some EU policymakers worry that using the structural reform clause opens the way for a more political approach to the rules.

This is because it is very difficult to quantify with any degree of accuracy what effect a structural reform will have on growth, especially in the longer-term.

The amount of leeway granted in structural deficit reduction can therefore be politically influenced.

It will be up to the next European Commission, the executive body that is the guardian of EU laws, to ensure the rules are nor abused, a German diplomat said.

Economists point in the same direction. “The rules are fine. The way in which they are policed and enforced is not. The challenge is to improve the process in a way that minimises the inevitable political strains,” Berenberg Bank chief economist Holger Schmieding said.

During the debt crisis, the European Union sharpened its fiscal rules twice and the Commission is to prepare by Dec 14 a review of how the rules are working.

While the report, to be sent to EU leaders and the European Parliament, will be descriptive, rather than contain proposals for changes, it could form the basis of amendments later, if EU governments decide on it.

A mini-summit organised on 21 June in Paris saw eight socialist heads of states call for loosening the EU's Stability and Growth Pact, which limits public deficits in the euro zone to 3% of GDP.

The concerted push came just days after Sigmar Gabriel, German vice-Chancellor and a member of the Social Democrat SPD party, advocated giving crisis-ridden countries more time to get their budgets in order.

Italian Prime Minister Matteo Renzi, buoyed by success in the EU elections, has led calls for the EU to take a new direction, saying battered southern economies can take no more of the medicine that has crushed growth and sent unemployment soaring.

He has avoided asking for a change to the bloc's budget rules which limit government deficits and debt, saying all Italy asks is to use the margins for flexibility they already contain.