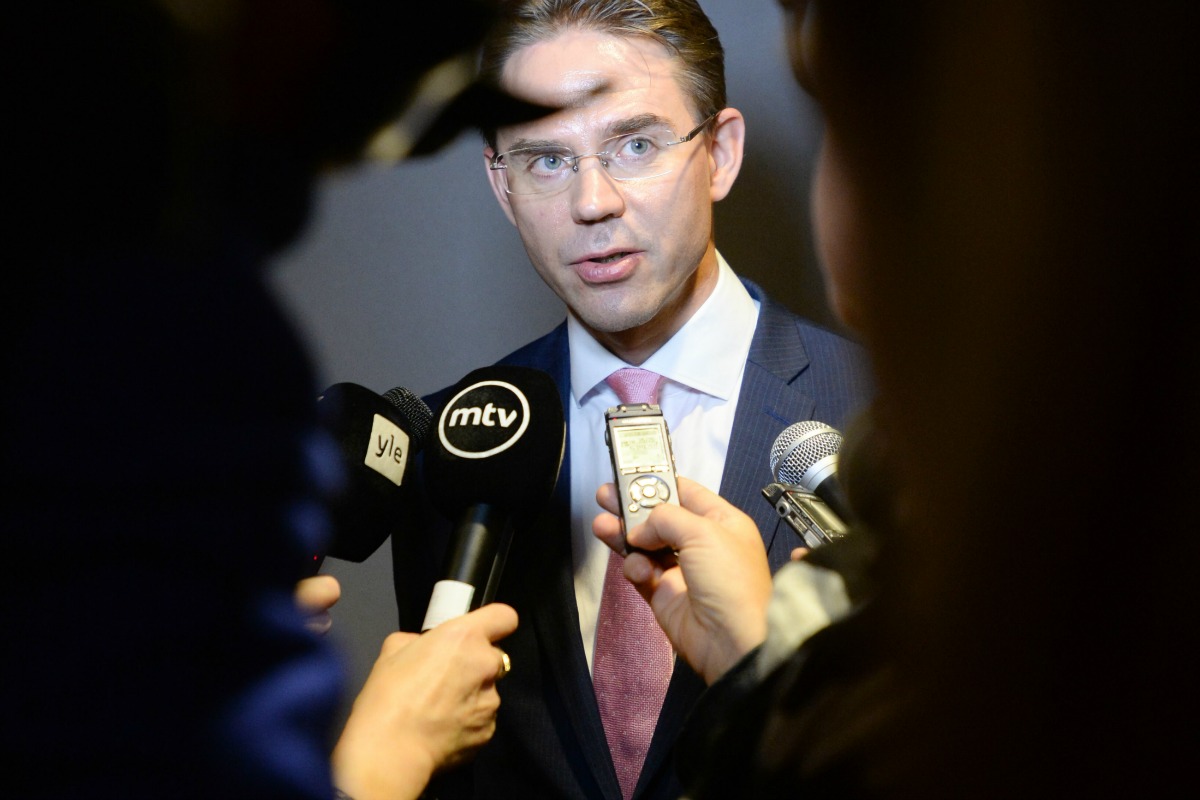 The European Commission provisionally accepted the budgets of France and Italy, saying on Tuesday (28 October) that no eurozone states had submitted deficit plans for next year that seriously breached EU stability rules.

A day after Paris and Rome amended their 2015 budgets in the hope of avoiding censure from the European Union executive, Commissioner Jyrki Katainen said no national budget had been so out of line it need be rejected by an initial deadline of Wednesday.

Detailed analysis will continue next month, the economics Commissioner added.

Noting intensive discussions with some governments since budgets were sent to Brussels two weeks ago, Katainen said: “I want to welcome the fact that these member states have responded constructively to our concerns.

“After taking into account all of the further information and improvements communicated to us … I cannot immediately identify cases of ‘particularly serious non-compliance’ which would oblige us to consider a negative opinion at this stage.

“Our services will now work to complete their detailed assessment of the draft budgetary plans and the new Commission will adopt its opinions on these in November,” Katainen added. “Any shortcomings or risks will be clearly highlighted at that point. Any possible further steps under the Stability and Growth Pact will be assessed at a later stage.”

French Finance Minister Michel Sapin welcomed the Commission’s decision, saying the “constructive dialogue” with the European Commission on the 2015 budget would continue.

He reiterated French calls for more to be done at EU level to kick-start growth. “We must collectively find the means to drive an economic recovery in the whole eurozone,” he said.

On Monday, Italy and later France published letters to Katainen outlining adjustments to next year’s budgets that would further trim their deficits and bring them closer to the levels set out in agreements among member states.

Italy on Tuesday cut its 2015 deficit goal to 2.6% of gross domestic product from 2.9% following the announcement of its €4.5 billion adjustment.

Italian Economy Minister Pier Carlo Padoan told parliament the changes represented “a very considerable step for a country in its third year of recession” but said they would not have an appreciable impact on Italy’s prospects of economic recovery.

He rejected charges from opposition lawmakers that the government had “surrendered” to the Commission and said a compromise had been reached that “reflects the principle of flexibility in the framework of the rules.”

France and Italy have been arguing with Germany and its conservative Chancellor Angela Merkel to be allowed not to cut their spending as sharply as EU rules dictate in order to prevent the eurozone economy slipping back into recession.

Berlin has insisted both need to make more effort to reduce their structural deficits, which are adjusted for swings in the business cycle, for example by reforming welfare and other systems in line with demographic change.

Failure to satisfy the Commission could result in one or both governments being asked to make further changes to their budgets and ultimately facing fines if they refuse.

Officials have been involved in intensive negotiations to find a compromise since the plans were lodged two weeks ago.

At issue is both the development of the eurozone’s second and third biggest economies – although European officials point out that the budget adjustments involved are barely of economic significance – and the political credibility of the currency.

Smaller euro zone states, such as Ireland, Portugal and Greece, which have put voters through tough austerity programmes to meet EU rules, are angry that France is trying to bend them.

Italy said on Monday it would scrap some 3.3 billion euros in planned tax cuts. France said that its additional 2015 resources would come from lower-than-expected interest payment costs and contributions to the European Union’s budget, which with other cost savings are worth some €1.5 billion.

Along with other measures, that should allow France to reduce its structural deficit, which is closely watched in Brussels, by more than 0.5 percentage points of GDP, French officials say. That is more than twice the originally planned reduction of 0.2 percentage points.

Italy’s structural deficit should fall some 0.3 percentage points under its revised plan, compared to an originally proposed 0.1 point reduction.

France faces a tougher hearing from Brussels than Italy because its 4.3% budgeted deficit is well above an EU ceiling of 3% of GDP, while Rome is running a total deficit that is below the permitted limit.

‘Large countries have more power than small ones’

“Although it is unfair, large countries have more power than small ones. France enjoys a special relationship with Germany which protects it against the Commission and financial markets.”

Other EU countries are also in the spotlight. Austria said on Tuesday it will cut its 2015 budget deficit by up to another 0.3 percent of GDP, responding to pressure from Brussels to justify a shortfall higher than the EU rules allow.

The European Commission has asked France and Italy for more information regarding their 2015 budget plan.

France is cutting its public deficit less quickly than promised to EU partners, raising the chances that the European Commission will reject its 2015 budget and ask for amendments.

Hollande's Socialist government is wary of trying to squeeze more savings out of the budget on the grounds that tougher belt-tightening could undermine a fragile economic recovery.

Italy said it could cut its budget deficit slightly more than planned next year, after the European Commission request for clarification.