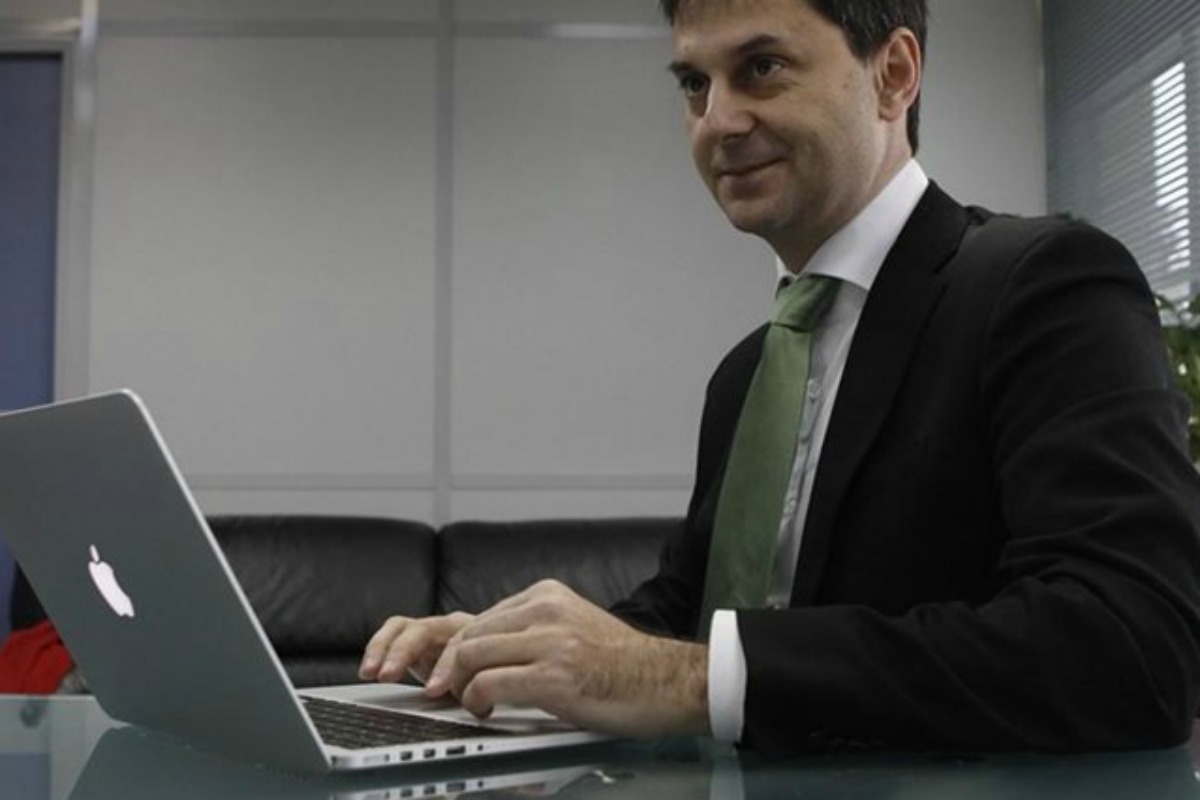 In an unexpected move, the highest official in charge of cracking down on tax evasion in Greece, Haris Theocharis, announced his resignation yesterday (5 June), invoking “personal reasons.”

Explaining his resignation, Theocharis made clear that all decisions on tax matters in Greece “were taken by the government” and not by himself.

“The government took decisions, not me,” Theocharis said.

The sudden resignation of the Secretary General for Public Revenues has raised concerns in Brussels about the independence of the body in charge of redressing Greece’s broken taxation system.

In his statement, Theocharis indicated that “strong institutions need to be built” in order to combat tax evasion in Greece, without expanding further.

Political analysts in Athens believe he fell into disfavour because he did not reduce the pressure on tax evaders before the May European elections.

The Secretary General for Public Revenues in Greece was appointed in February 2013 through a public offering. The position, which has a stable mandate of five years, is supposed to be independent in order to protect it from political pressure.

Theocharis explained however that he had not taken any tax measures by himself, and that all the measures were decided by the democratically elected government.

“No one had the courage to ask for my resignation,” Theocharis said, insisting he took the decision to resign on his own.

“I do not feel like a scapegoat because I have not done anything [wrong] in my field… If some people look for a scapegoat, they should look at their own actions,” he noted.

But at the end of his statement, Theocharis spoke about high tax evasion in Greece, raising questions about the motives behind his resignation.

“The fight against high tax evasion can only be achieved if we build institutions that will correct the misdoings of the public administration,” he concluded.

In an interview with EURACTIV Greece last year, Theocharis said that Athens would be “merciless” on tax evaders but he complained that the then existing legal framework did not allow for swift checks on offshore companies.

“Only €40 million were collected so far this year,” he said at the time.

“Since his appointment as Secretary General of Public Revenues in February 2013, to head a semi-autonomous administration within the Finance Ministry, Mr Theocharis has played a key role in modernising and digitising the tax administration, increasing revenue collection rates, and implementing major new tax reforms for income and property taxes,” O’Connor said, adding that the resignation was “a cause of serious concern.”

The Commission spokesman continued that the EU executive would closely monitor the Greek government’s commitment to a more autonomous revenue administration, “as well as commitments to establish rigorous, transparent and merit based processes for the appointment of senior managers in the Greek public sector.”

“The European Commission was wrong to express concerns. Whatever was achieved in Greece, it was with the responsibility of the government, the deputies who support it and especially the sacrifices of the Greek people,” Stournaras said.

“The resignation of Haris Theocharis revives the need for the establishment of independent mechanisms for the collection of tax revenue, as proposed by our party. First condition for this to happen would be to select the best [people], without the intervention of party mechanisms and old-party system,” said  the newly established party Potami in a statement

“It is sad after only one year in this position - which he won through public procurement- to be driven to [resignation]....The combat of tax evasion cannot be achieved and be effective by designated state agencies unless it is accompanied by genuine political willingness for this purpose…  the last period,  a series of legislative initiatives by  the government, offered tax relief and exemptions to businesses and entrepreneurs” stated the former junior coalition partner, the Democratic Left.

Greece's international lenders agreed in November on a package of measures to reduce Greek debt by €40 billion, cutting it to 124% of gross domestic product by 2020.

Greece will receive up to €43.7 billion in stages as it fulfills the conditions imposed by the troika of international creditors - the European Commission, the European Central Bank and the International Monetary Fund.

Bailout money for Athens runs out at the end of 2014 and the country is expected to need further relief to make its debt sustainable - even though it has already received about 90% of the €240 billion earmarked to protect it from a chaotic default and possible exit from the eurozone.