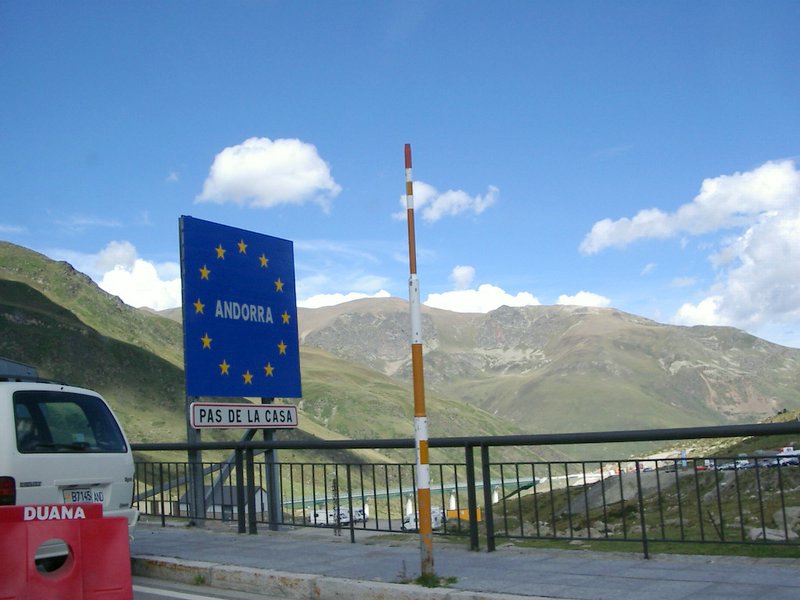 Andorra shares a controlled border with Spain and France, but will now share information with its European neighbours as well. [luxpim/Flickr]

Andorra has signed a fiscal-transparency agreement with the European Union with the aim of making it more difficult for European citizens to hide undeclared money in the country.

The agreement will take effect in 2018 and involves Andorra sharing information with the member states in regard to bank accounts and vice-versa; namely, Andorrans living in the wider EU.

The EU will be entitled to information on names, addresses, tax IDs and dates of birth of citizens residing in the Pyrenean nation, which will be used to help combat tax evasion.

The French parliament has finally rejected country by country reporting for the activities of the biggest French companies, refusing to get tough on tax optimisation without the involvement of their European partners. EURACTIV France reports.

The agreement was ratified by the EU’s Commissioner for Economic and Financial Affairs, Pierre Moscovici, the President of the Eurogroup and Dutch Minister for Finance, Jeroen Dijsselbloem, and Andorra’s Finance Minister, Jordi Cinca.

Moscovici said that transparency is one of the most important instruments in guaranteeing “fair and effective” taxation and “ensuring that all governments can access legitimate income and that all citizens and companies pay their proportional share”.

“Today, we add another success story to our campaign for transparency with Andorra,” the Commissioner added, congratulating the mountain principality for taking “an important step”.

The European Union and Switzerland signed a major accord on Wednesday (27 May) to end banking secrecy for EU residents and prevent them from stashing undeclared income in Swiss banks.

Moscovici highlighted that the agreement would open new possibilities in fiscal cooperation between Brussels and Andorra la Vella, the capital of what is the sixth smallest country in Europe.

In 2015, the EU signed similar agreements with Liechtenstein, San Marino and Switzerland, while negotiations with Monaco are “being finalised”, according to the European Commission.

Andorra is not a member state of the European Union and has not actively pursued membership of the bloc. It currently enjoys a 'most-favoured nation' customs union, but is not included within the Schengen area.

The country is somewhat unique in that it is the only nation in the world where another country elects its head of state. This is due to an old agreement in which the President of France is Co-Prince with the Bishop of Urgell. The current Co-Princes are President François Hollande and Bishop Joan Enric Vives Sicília.