EU silent over impact of refugees on national budgets 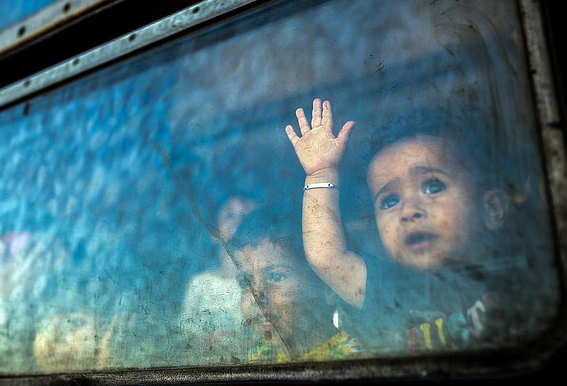 A refugee looks through a window on a Serbia-bound train. [Freedom House / Flickr]

The cost of hosting refugees and asylum seekers is likely to have a big impact on public finances, but the EU is still unable to give a figure for individual member states, Economic and Financial Affairs Commissioner Pierre Moscovici has acknowledged.

In its latest economic forecast published on Thursday (4 February), the European Commission emphasised that both refugee-related expenditures and security measures were leading to additional public spending in some of the EU’s 28 member states.

However, the executive said it did not have precise figures to show at this stage.

“We don’t have yet these adjusted figures. It’s a work in progress,” Moscovici told a news conference,

According to the Commission, addditional spending related to the refugee crisis will amount to 0.3% for Europe as a whole and 0.5% for the countries that are the most welcoming to refugees.

This, he said, would lead to additional growth and act as a stimulus for the economy.

“In terms of the economy, the expenditure for refugees helps support growth and we continue to think that it will represent a source of support for the economy,” he added.

When the last forecast was presented in November, Moscovici promised to offer more detail on the impact of the refugee crisis over national budgets.

Austria is one country that has pushed for its spending on refugees to be recognised by the EU when budget deficit calculations are made. Eurozone countries are obliged by EU laws to bring their budget close to balance or into surplus in structural terms.

Hungary, Sweden, Finland and Austria are some of the countries that have received the most refugees and asylum seekers per capita in 2015, with Germany accepted the biggest number overall, close to one million people. Sweden’s Migration Agency said on Thursday that it expects 100,000 asylum seekers will arrive in the Scandinavian country in 2016, compared with 163,000 in 2015.

While the European Commission hesitates to give concrete figures, the International Monetary Fund (IMF) however estimates that Sweden will spend 1% of its GDP for the cost of asylum seekers in 2016, Denmark 0.6% and Finland 0.4%, while Spain and the Czech Republic will only use 0.03% and 0.02%, respectively.

The cost of the refugee crisis varies greatly in member states, not only depending on the number arriving in a specific country, but also related to the cost of housing, and whether the host country will provide for example free healthcare and language courses.

Furthermore, six countries including Sweden, Denmark, Germany, Austria, France and Slovenia have added an additional expenditure in the form of various degrees of border controls following the refugee crisis.

For three individual member states – Austria, Sweden and Germany – the Commission has warned that the refugee crisis is putting their public finances at risk.

In Sweden, the unemployment rate is now only expected to fall at a slow pace, as it will take time for new migrants to find jobs. Migration is considered to be the biggest challenge for the government deficit, according to the EU executive.

“The main negative risks for the budget are related to migration, integration and sickness leave expenditure,” the executive stressed in its forecast.

Public spending for asylum seekers provides an additional stimulus for Germany, according to the European Commission, which is eating on the country’s budget surplus.

The European Commission's economic forecast takes many available data into consideration, including assumptions about government policies, but the projections assume no policy changes.

The forecast is also based on external assumptions concerning exchange rates, interest rates and commodity prices. The numbers used reflect market expectations derived from derivatives markets at the time of the forecast.