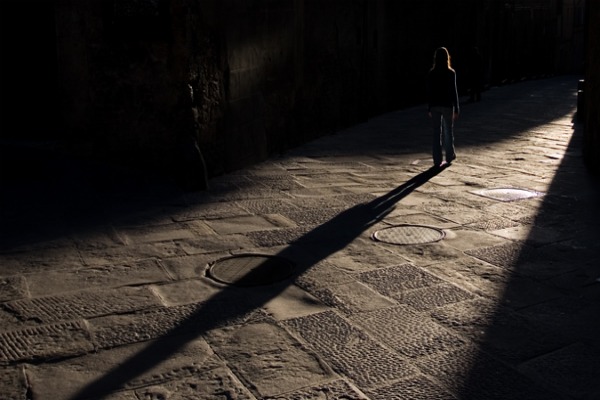 Funds offering short-term financing to governments and companies – but which remain unregulated and in the “shadow” of the mainstream banking sector – will be forced to create new cash buffers under EU proposals published yesterday (4 September) by the European Commission.

The ‘shadow’ banking industry is worth €24 trillion globally, holding more than a fifth (22%) of short-term government and corporate debt, and accounting for 38% of short-term debt issued by the banking sector.

The sector is made of money market funds, some hedge funds, and firms involved in securities lending and repurchase markets. Such funds allow companies and governments to spread their risk outside the traditional banking sector.

But they have also remained largely unregulated, posing a potential systemic risk to the economy, according to the European Commission, which has announced a package of measures designed to increase the security of the sector. This is because traditional banks often sponsor the funds and rely on them to finance themselves, making the banking sector vulnerable to systemic risk, according to the EU executive.

"We now need to address the risks posed by the shadow banking system. It plays an important role in financing the real economy and we need to ensure that it is transparent and that the benefits achieved by strengthening certain financial entities and markets are not diminished by the risks moving to less highly regulated sectors."

Most controversially the proposals would see constant net asset value (CNAV) funds – which maintain a fixed value of €1 per share to keep their holdings stable – forced to hold a cash buffer equivalent to 3% of their assets, with a three-year phase in.

The EU executive hopes such buffers would guard against the danger of panic withdrawals leading to a run on such funds.

The measure is also designed to encourage funds with share prices that fluctuate in line with performance, which are seen by regulators as more transparent.

The draft law also outlaws credit ratings on money market funds, to prevent ratings downgrades creating panic and also includes a "roadmap" on regulating the wider sector, with a proposal that all institutions involved in shadow banking set aside capital buffers to cover risks.

The proposals will now be subject to negotiation among EU member states and the parliament.

France and Germany originally called for a ban on shadow banking activities, and sources in the Germany's Finance Ministry said on Wednesday that the Commission proposals were not far reaching enough.

Barnier, said he was not "waging a war" on CNAV funds and that the 3% buffer represented a compromise after calls from the European Systemic Risk Board, a body linked to the European Central Bank, Germany and France for an outright ban.

The EU executive's proposals are designed to run in parallel with the work of a G20 task force – the Financial Stability Board – which will consider shadow banking at the summit in St Petersburg beginning today (5 September).

The United States is also considering proposals to regulate money market funds in the shadow banking sector, but is not expected to opt for an EU-style 3% buffer.

“We have regulated banks and markets comprehensively. We now need to address the risks posed by the shadow banking system. It plays an important role in financing the real economy and we need to ensure that it is transparent and that the benefits achieved by strengthening certain financial entities and markets are not diminished by the risks moving to less highly regulated sectors," said Internal Market and Services Commissioner Michel Barnier.

"We are not pointing an accusing finger at the sector. We just want it to work smoothly. There should be transparency and there should be good supervision," Barnier told reporters. "Finance should be serving the economy and not itself alone."

"Shadow banking was at the heart of the crisis," said Frederic Hache, a former derivatives banker who works with public-interest group Finance Watch. "As bank regulation has since tightened, activity may shift into the shadow sector."

"Across vast areas of Europe the economy remains stuck in the mire, unemployment is rampant and the currency crisis still not fixed. Yet nothing announced today will contribute a jot to turning that dire picture around. You have to wonder where the Commission gets its sense of priority," said UK MEP Syed Kamall, the Conservative spokesman on economic and monetary affairs in the European Parliament.

“"Instead of seeking ever more areas to regulate, we should ensure that we are focused on tackling the root causes of the crisis - including the state’s implicit guarantee of the financial system’s biggest banks. The Commission is sweating over building a mousetrap when there's a tiger on the loose," Kemall concluded.

“The main thrust of the Commission’s Shadow Banking Communication is around identification, measurement and transparency of shadow banking flows. This is admirable, although it may be a while before the data gaps can truly be filled. Some quick(er) wins are possible, however. We are pleased that the Commission has hailed as ‘essential’ private initiatives on the labelling of asset-backed securities, such as the Prime Collateralised Securities (PCS) label. ACCA’s work with UEAPME and AFME has emphasised the value of such tools and we hope to see them refined further in the future,” said Emmanouil Schizas, the senior economic analyst at ACCA, the Association of Chartered Certified Accountants.

Emmanouil Schizas nevertheless warned that “the Communication, sharing as it does the G20’s intention to ‘eliminate the dark corners’ of the financial system, fails to properly acknowledge the fact that it is financial regulation itself, more than any other influence, that determines the size and shape of shadow banking. Extending capital rules to this sector needs to be carefully thought out, or it could end up creating no more than a new set of arbitrage opportunities.”

“Part of this sector exists only in order to take advantage of different regulation for economically equivalent transactions. To really control shadow banking, we need better regulations,” Schizas concluded.

The Greens expressed disappointment at the proposals, claiming they will fail to tackle the problems of the sector.

"The Commission's proposals are a serious disappointment given the urgent need to finally regulate the shadow banking sector, which has escaped regulation and played a central role in the financial crisis,” said the Greens German finance spokesperson, MEP Sven Giegold.

“This falls far short of what would be necessary to prevent emergency firesales of funds, a practise that poured petrol on the fire of the financial crisis. Value losses in a crisis will clearly be significantly higher than 3%, meaning money market funds will continue to exacerbate future crises. Worse, the finance industry lobby has succeeded in ensuring these insufficient proposals will be delayed, with a 3 years transition period,” Giegold added.

Hedge funds and private equity are often cited as examples of shadow banking, but the term can also take in investment funds and even cash-rich firms that lend government bonds to banks, and which in turn use them as security when taking credit from the European Central Bank.

The sector, which operates on the fringes of mainstream banking, has more than doubled to €46 trillion since 2002, when it accounted for €21 trillion of the global economy.

Political leaders have been alerted to the difficulties presented by shadow banking. In response to invitations by the G20 in Seoul in 2010 and in Cannes in 2011, the Financial Stability Board (FSB) – a G20 task force – is in the process of developing recommendations on the oversight and regulation of these entities and activities. The Commission’s green paper is designed as a parallel action to complement and track the ongoing FSB work.