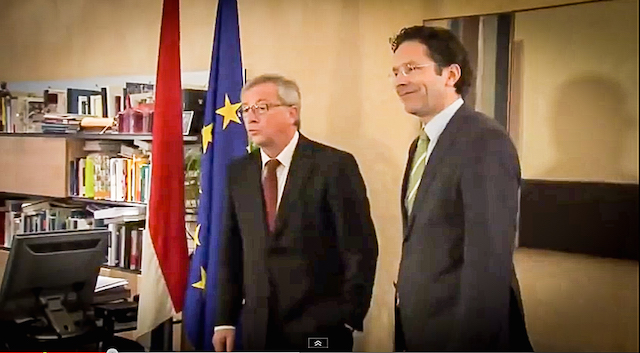 Large corporations often channel their profits through these two small EU states because they are offered deals that slash their tax bills.

In these countries, multinationals often pay tax rates below 1 or 2 percent, even though the EU’s statutory corporate tax rate is between 10 and 35 percent, according to information leaked in 2014 from the accounting firm PWC, known as LuxLeaks.

“Aided by small armies of lawyers and accountants, they divide up their global activities so that more of their taxable income ends up in tax havens and low-tax jurisdictions,” AidAction said. “If countries are to raise more revenues to pay for their own development, then multinational investments need to be sufficiently taxed.”

Companies that use complex structures to reduce their tax bills are coming under increasing public scrutiny and legislators in some countries are promising to crack down on the practice.

The International Monetary Fund has estimated that developing countries may lose $213 billion a year to tax avoidance.

Those funds could be used to reduce poverty by funding public services like health and education, ActionAid said.

Foreign direct investment in low-income countries has tripled since the 1980s to about one-third of their GDP, the IMF said, but corporate tax revenues have remained static, ActionAid said.

ActionAid called for a global deal that would put a floor under corporate tax rates and move towards taxing multinationals as single entities instead of allowing them to create subsidiaries to shift their profits into low-tax jurisdictions.

The report was released ahead of a United Nations financing conference in Addis Ababa on13 July, where world leaders will discuss ways of raising money to achieve 17 Sustainable Development Goals, due to be adopted in September.