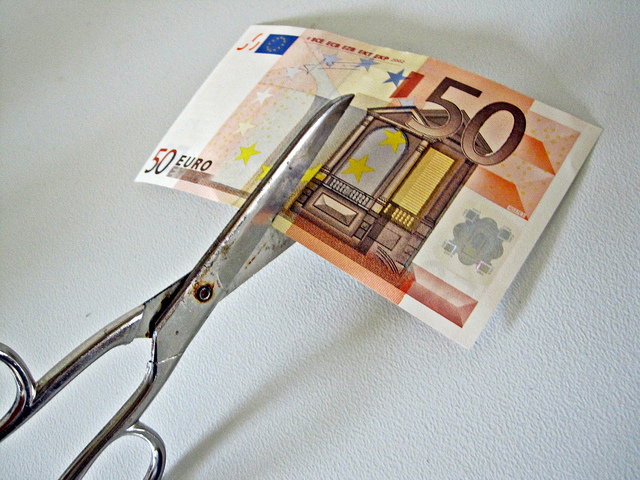 The euro plumbed a one-year trough against the dollar on Tuesday (25 August) as prospects for further easing by the European Central Bank weighed on the currency along with weak eurozone data and the resignation of the French government.

Hot on the heels of dovish comments from the head of the ECB, a report released on Monday showed German business sentiment sagged for a fourth month running.

Speculation the ECB was preparing a program of asset purchases drove most euro zone government bond yields to record lows on Monday, with Germany’s two-year yield dipping to a 16-month low of five basis points below zero percent.

Kyosuke Suzuki, director of forex at Societe Generale in Tokyo, said euro was contending with a bullish dollar while facing its own bearish factors.

Speculation that the Federal Reserve will raise interest rates sooner than expected has boosted the dollar.

“Euro/dollar is vulnerable to testing new lows. A downtrend is easily formed given the opposite directions Fed and ECB monetary policies are seemingly headed… political trouble in France, a core eurozone country, is also a bearish factor,” Suzuki at Societe Generale said.

The euro extended its decline against the Swiss franc overnight to almost a two-year low, weakening to 1.2065 francs per euro, with the market close to testing the Swiss National Bank’s three-year old pledge to cap its currency at 1.20 per euro.

Investors also sold the euro against the yen and sterling, pushing it to a near one-week low of 137.03 yen, and a two-week low of 79.50 pence.

“We expect the broader trend of euro weakness to persist and remain short EURGBP in our recommendations portfolio targeting a decline to 0.76,” analysts at BNP Paribas wrote in a note to clients.

They added that data on Friday could show a further decline in the euro zone annual inflation rate to just 0.2 percent.

“This should add to the growing list of potential triggers for further ECB easing and weigh on the euro.”

Markets were still coming to terms with comments from ECB chief Mario Draghi late last week that the central bank was prepared to respond with all its “available” tools should inflation drop further.

“Draghi’s speech marked a turning point in ECB rhetoric… He also confirmed that beyond liquidity injections through the targeted longer-term refinancing operations (TLTRO) and outright asset-backed securities (ABS) purchases, the ECB was ready to do more if necessary,” Philippe Gudin, an economist at Barclays, said in a report.