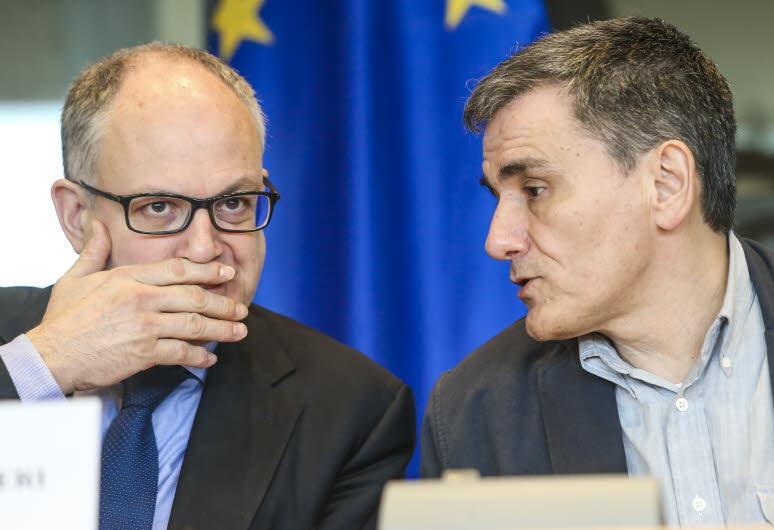 The involvement of the parliament in such adjustment programmes was proposed in August last year by Prime Minister Tsipras as a “matter of democratising the procedures”.

Parliament President Martin Schulz then worked together with the Commission to set up a working group to increase democratic accountability in current and future adjustment programmes.

Negotiations for the European Parliament’s participation in the evaluation of EU countries under an adjustment programme are “delayed”, but progress is being made, a source close to President Martin Schulz has told EURACTIV.

The parliament’s working group does not participate directly in the negotiations, but has a monitoring role.

The group held its first mission to Greece today (31 March) in order to exercise parliamentary oversight on the bailout negotiations between Athens and its international creditors.

On Monday (4 April) creditors’ mission chiefs return to Athens to resume negotiations with the government, aiming to rapidly complete the first assessment of the country’s third bailout before the Eurogroup’s meeting on 22 April.

In the meantime, Tsipras is trying to find common ground with the country’s creditors on measures worth 5.4 billion euros.

The quick completion of the bailout’s first evaluation is a political bet for Tsipras’ government, which is also struggling with the escalating refugee crisis.

Speaking at a press conference in the European Parliament’s office in Athens, socialist MEP Gualtieri said he got “positive impressions” from his contacts with both Greek and European authorities.

After meeting with the Commission’s top representative in Athens, Declan Costello, Gualtieri said that existing differences could be bridged and “there is an understanding between the Greek and European authorities”.

He also underlined that the discussion over the Greek debt should start immediately after the completion of the first assessment, adding that there should be a debt relief and “not a haircut”.

“We hope the first review of the third program will be completed quickly and successfully, including an agreement to relieve debt,” Gualtieri said in a statement issued after his meeting with Tsipras.

The EU official also said he was “quite impressed” by Tsipras’ determination to stick to his commitments and said that the country made true progress with the implementation of the bailout emphasizing the pension system reform and acceleration of privatisation scheme.

But despite the progress, Gualtieri said that serious problems remain such as high unemployment, struggling real economy and “bad loans”.

At the end of a “difficult road”

Tsipras stressed that Greece was at the end of a difficult road and economic recovery was “well in sight”.

According to a statement by the prime minister’s office, the European Parliament’s involvement in the Greek program review will contribute to the protection of the European acquis and social cohesion in Greece, and increase the transparency of the process.

Commenting on the policies followed in the last few years, Tsipras said these focused on the fiscal aspect of the crisis and not on the reconstruction of the country’s production model or the promotion of a sustainable economic model.