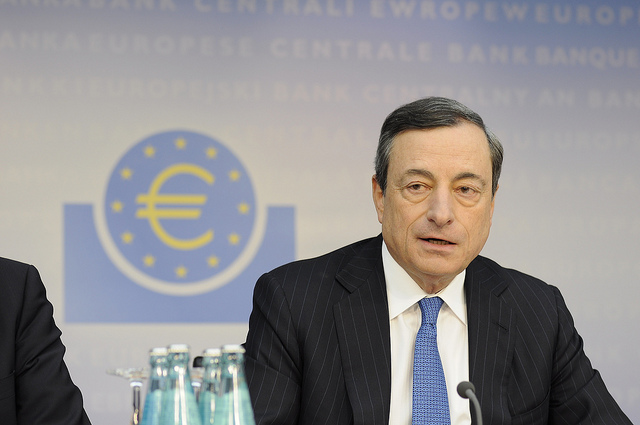 Economic growth ground to a halt in the second quarter, dragged down by a shrinking economy in Germany and a stagnant France, even before any impact from sanctions imposed on and by Russia over Ukraine.

Based on surveys of thousands of companies across the region and a good indicator of overall growth, the Composite Flash PMI fell to 52.8 from July’s 53.8, far short of expectations in a Reuters poll for a modest dip to 53.4.

“We are not seeing a recovery taking real hold as yet. We are not seeing anything where we look at it and think ‘yes, this is the point where the eurozone has come out of all its difficulties’,” said Rob Dobson, senior economist at Markit.

The eurozone has also yet to feel the full effect of escalating tensions with Russia.

The composite PMI in Germany – Russia’s biggest trade partner in the European Union which has already seen exports to the country plunge in the first half of the year – fell to 54.9 from 55.7.

For France, the eurozone’s second largest economy, the Composite PMI rose from 49.4 to the break-even mark at 50.

Struggling to support growth while battling the threat of deflation, the ECB is providing another round of temporary access to cheap cash for banks. There is also a one-in-three chance it embarks on an asset purchase programme next year, a Reuters poll showed.

Consumer prices in the eurozone rose just 0.4% on the year in July, the weakest annual rise since October 2009 at the height of the financial crisis, and well within the ECB’s “danger zone” of below 1%.

Worryingly, according to the composite output price index firms cut prices for the 29th month – and at a faster rate than in July. It dipped to 48.9 from 49.0.

Also of concern, suggesting factories do not expect things to improve anytime soon, manufacturing headcount fell at the fastest rate in nine months. The sub-index dropped to 49.1 from 49.9.

Optimism about the future also sank among services firms – the business expectations index plummeted to 58.6 from 61.7, its lowest reading in a year.