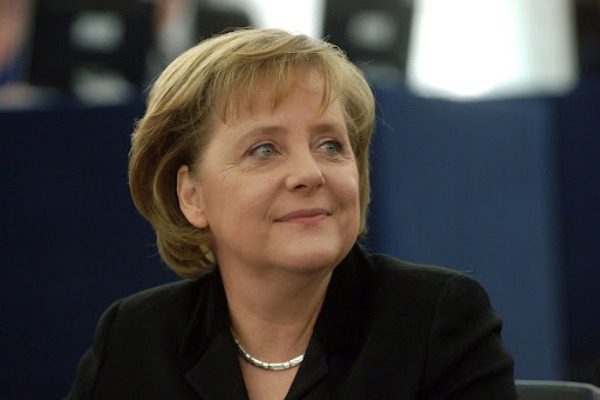 The new fiscal treaty signed by European leaders a fortnight ago has become a political bargaining chip in key member states, threatening its planned ratification.

Key challenges to the ratification of the treaty remain in Ireland, where it will be put to a referendum, and in France, where Socialist presidential candidate François Hollande has announced that he would ditch the treaty. But roadblocks have now emerged in the Netherlands and Germany.

The collapse on Wednesday of a coalition government led by the Social Democrats and Greens in the German state of North Rhine-Westphalia opened the way for early elections in May. The vote represents a political challenge to Chancellor Angela Merkel.

Home to more than 18 million people, North Rhine-Westphalia is Germany’s most dense population centre, its industrial heartland and is considered the political weather vane for federal votes. Federal elections are due in 2013.

The election could see support for Merkel’s junior coalition partner, the Free Democrats, fail to reach the 5% threshold required to win seats in the state parliament at Düsseldorf.

Such an outcome would have a knock-on effect in Berlin, where Merkel is depending on delicate negotiations with opposition parties to obtain two-thirds of the Bundestag, required to ratify the EU treaty.

The opposition Social Democrats have insisted on the introduction of a financial transaction tax and a European growth fund as the price for their support for the treaty.

Ratification at risk in the Netherlands

In the Netherlands, where the government is a minority Christian Democrat/Liberal coalition, the opposition Labour party has threatened to vote against the fiscal pact if the government insists on meeting a 3% GDP deficit target for this year as required by Brussels.

The coalition relies on the support from Geert Wilders’ nationalist and eurosceptic Freedom Party – which wants the Netherlands to leave the eurozone – and therefore also needs the support of Labour to pass the fiscal compact through parliament.

Diederik Samsom and Ronald Plasterk, the two front-runners for the leadership of the Labour party, have insisted that the 3% deficit limit should be waived as a condition for the party's support for the treaty.

In Ireland, where ratification of the fiscal compact will depend on the outcome of a referendum, public opinion reacted furiously to comments made on Monday by Economic Affairs Commissioner Olli Rehn.

In reaction to the Irish government’s desire to defer an annual €3.1-billion repayment of loans due to the European Central Bank at the end of March, Rehn said the Irish "must respect their commitments and obligations", eliciting adverse media reactions.

Although  the new treaty would come into effect if only ratified in 12 member states, its rejection by states such as France, Germany or the Netherlands would dent its ability to increase market confidence in the eurozone, one of its chief aims.

Meanwhile, the leader of Spain's Socialists (PSOE) has thrown his support behind Hollande's bid to rethink the fiscal pact.

"It's necessary to conduct a negotiation to complete the treaty so that there is growth in addition to austerity," PSOE Secretary-General Alfredo Pérez Rubalcaba told journalists in Paris, a day before he was scheduled to attend a summit of European left-wing parties.

Spain's PSOE was dealt a bruising defeat in a general election last November, handing their conservative opponents an absolute majority in parliament that would allow them to ratify the budgetary treaty.

EU leaders as expected signed the German-inspired fiscal compact treaty to enforce stricter budget discipline in the eurozone on 2 March. It would notably commit signers to having national legislation to ensure deficits remain under 3% and so-called 'structural' medium-term deficits below 0.5%.

But as attention now turns to the legal details and ratification process, questions are being raised as to what will happen to countries that fail to ratify, with some fearing exclusion from the club.

Read our LinksDossier: Europe's new treaty: Towards a multi-speed union.