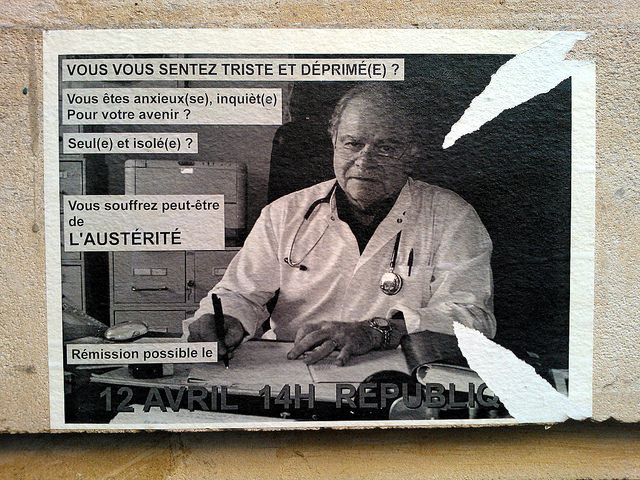 The European Union’s budget rules faced their biggest test in over a decade on Wednesday, after France presented a draft 2015 budget breaking past commitments to rein its deficit back to within EU limits.

It was the second time in two years that President Francois Hollande’s government had failed to keep its budget promises, recalling the moment in 2003 when France and Germany both flouted the EU’s recently launched budget rule book – an event some say set the stage for the region’s debt crisis five years later.

Now the fear is that the eurozone is being left behind as the United States, Britain and others emerge from a prolonged slow-down. France argues that austerity would be counterproductive, and that it should have two more years to master its deficits, while the EU boosts investment to chase growth.

A French finance ministry source said the government had submitted its draft budget on Wednesday according to the official deadline, without giving details of its content.

But this week, Finance Minister Michel Sapin made it clear that there would be no major changes from an existing draft which misses by far the 2015 deficit target of three percent of output.

That hands the outgoing Commission of Jose Manuel Barroso the task of deciding whether to send back the draft by the end of the month and ask Paris to come up with an improved budget.

“Sending back a budget is a strong gesture, it is a major act, a huge political sanction,” one EU source said.

Such a decision would be unprecedented and would give France until the end of November to come up with new figures, and offer evidence that it is willing to revamp a stagnant economy, barely able to create jobs, and saddled with a widening trade deficit.

At a news conference in Luxembourg after talks with his eurozone peers on Monday, Sapin said he believed there was time to come to an agreement.

Asked then about the possibility of deeper deficit cuts, he said: “We shall see what direction the discussions go in. We’ll see what the Commission thinks, and how it understands the figures.”

The roadmap for negotiations over the coming weeks is made even more complex by the fact that Brussels is in the throes of a handover of power from Barroso’s Commission to that of incoming president Jean-Claude Juncker.

EU officials acknowledge that any pronouncements by the Barroso Commission – for example to push back the 2015 budget and pave the way for possible sanctions including fines – could lack political legitimacy.

Yet there is a powerful pro-rigour lobby led by Germany, the Netherlands and the Baltic states, which argued that it would undermine the bloc’s credibility if France was seen to be let off the hook.

If Sapin left the door open this week to tweaks further down the line in the budget text, attention will also focus on what reform plans Hollande’s government can feasibly implement.

However, the law itself is not due to come into effect until early 2015 and will in the meantime face tough resistance from lobby groups seeking to water down its provisions.

Brussels remains sceptical as to whether the Macron plan would be sufficient, but suggested it could help break the stalemate after the modest labour and pension reforms already put in place by the Hollande government since 2012.

France’s jobs market, with its high level of worker protection and hugely complex labour code, is coming under special scrutiny from Brussels as a brake on the country’s competitiveness.

A lowering of France’s minimum wage, and extra efforts to help workers shift from declining sectors into new ones, are among the moves Brussels would welcome, the EU source said.

If the Council decides that a member state's deficit is excessive, it begins by making appropriate recommendations.

The state concerned then has a precise timescale in which to turn the situation around. If the state does not conform to the recommendations, the Council give them formal notice to take deficit reduction measures.

If required, the Council is able to hand out sanctions or fines, or to invite the European Investment Bank to review its lending policy to the state concerned.