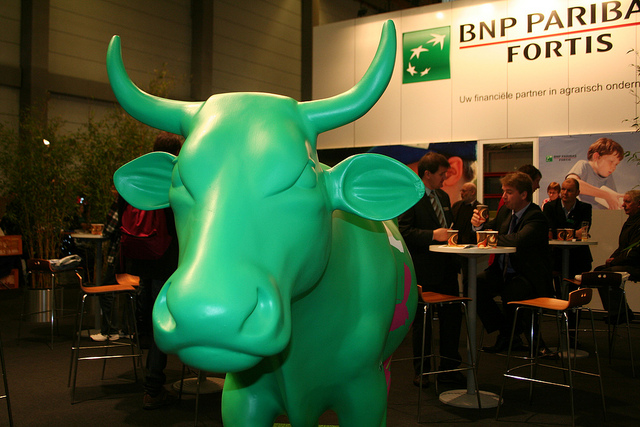 The European Union’s executive arm published a draft law in January that would ban banks considered “too big to fail” from proprietary trading – making bets on stocks, bonds and commodities for their own accounts.

The reform, which aims to avert a repeat of the costly bank collapses of the 2008-2009 financial crisis, would also require banks with big high-risk trading activities to separate them from their traditional deposit-taking businesses.

But the French and British banking associations said: “There is a serious risk that the structural reform measures, as currently proposed, would constitute a considerable handicap in financing European companies, thus running counter to the European Union’s efforts to restore growth and improve employment.”

Their letter, dated 13 November, to Commission Vice-President Frans Timmermans, said the shake-up planned in the draft law was unnecessary given this year’s stress tests of European banks and independent British and French measures to limit speculative banking activities.

The draft law now must be approved by the EU’s 28 member states and the European Parliament, leaving the European Commission under new leader Jean-Claude Juncker to help broker a deal.

The European Central Bank, which this month became the regulatory supervisor of the euro zone’s top banks, has also called for flexibility to ensure banks support active trade in financial markets, so that investors can find buyers and sellers easily.