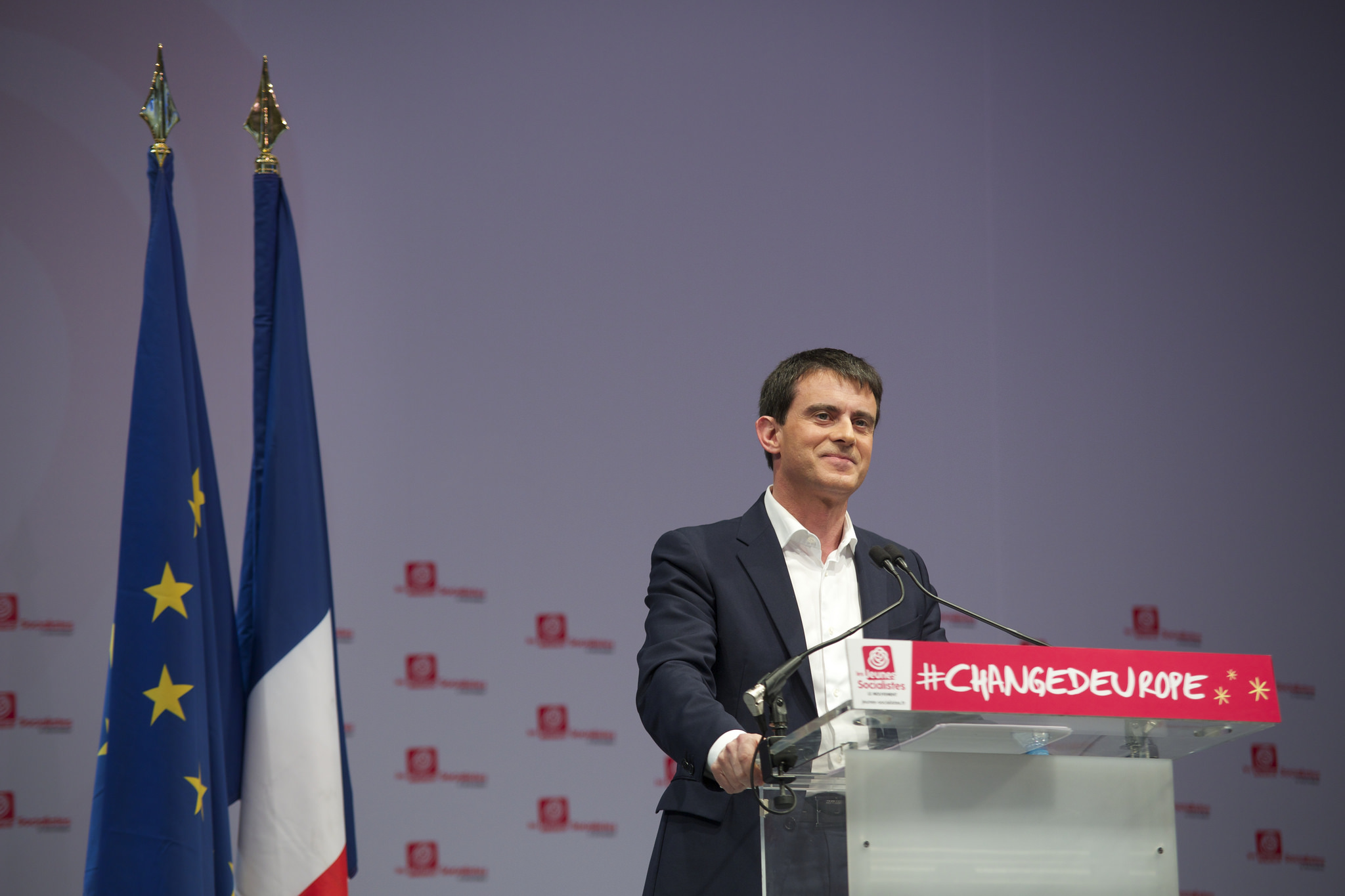 On a visit to Berlin, French Prime Minister Manuel Valls pledged to get France’s budget back on track and called for “trust from the German people”, a demand met with scepticism from Germany’s centre-right. euractiv.de reports.

France is finally set to tackle reforms it has been promising to implement for years, the French Prime Minister said.

“I have the necessary majority in parliament to do this. We will fulfill our responsibility in Europe,” Valls announced on Monday (22 September) in Berlin.

The country is in a “difficult economic situation,” the Socialist premier admitted. But he was confident Chancellor Angela Merkel had realised the importance of new investments to restart the French economy and the wider eurozone.

France’s main goal is restoring the economy’s competitiveness, he said. Valls plans to prop up French companies with €40 billion over the next three years, saving €50 billion in the same period and €21 billion within 2015 alone.

“We will implement the long-anticipated structural reforms,” Valls promised. That includes territorial reform, growth stimulation and allowing work on Sundays, he said. In addition, Valls hopes to simplify administrative requirements.

Merkel praised the “challenging and ambitious” reform plan, saying it should directly affect the country’s competitiveness. At the same time, the Chancellor reminded France of its responsibility to comply with the Stability and Growth Pact (SGP).

It was important “that we all adhere to what we agreed upon,” Merkel said, indicating that the SGP had been made more flexible in the past. It is now up to the European Commission to review the economic situation in France, Merkel said, refusing to indicate whether an Excessive Deficit Procedure (EDP) could be launched against Paris.

Earlier this month, French Finance Minister Michel Sapin said the eurozone’s second-largest economy would not fulfill this important condition of the EU’s stability pact until 2017. In 2015, France’s deficit is predicted to reach 4.3%.

Impatience is growing over France’s failure to meet its deficit reduction commitments and several EU member states are now pressing the Commission to launch a procedure against France, that could result in a €3 billion fine against Paris.

German centre-right: “Words must be followed by actions”

“But now France must finally deliver,” he insisted. “Two years ago the government made big promises and still has not implemented any of them. Paris has lost a lot of trust because of that,” Barthle told euractiv.de. Paris must finally follow up its words with actions,” he said.

The CDU politician called for a rapid consolidation of the French budget. “Valls must know there is a demand for long-term confidence among investors. That cannot be remedied by short-term fixes but, rather, stable budgets and consistent structural reforms as well as, most importantly, flexibilisation of the labour market,” Barthle explained.

Valls’ visit to Berlin was preceded by hefty criticism over his country’s economic policy. Germany’s centre-right called for rapid implementation of reforms.

“I expect the new French government to finally and consistently reduce the budget deficit,” Herbert Reul, an MEP from the CDU, told Der Spiegel.

“It is brazen to say: ‘More austerity is not possible’. That is a slap in the face for Greeks or Portuguese citizens, who have to endure pension cuts,” he argued.

Valls should not give in to pressure from the unrealistic left wing of his party, Reul said. “France must quickly become more competitive. That can only be done by taking radical steps,” he added.

The vice chairman of the centre-right Bundestag faction, Andreas Schockenhoff, also called on Paris to do more to get its budget deficit in order. “It is not enough for France to solely define its leadership role by its foreign and security policy. The French government must also pursue solid economic and financial policies,” said the chairman of the German-French parliamentary group.

But Rolf Mützenich, from Germany’s Social Democratic Party (SPD), contradicted statements by conservatives. “We should make it clear by our behaviour that we recognise these efforts and avoid a superior attitude,” he said.

“Paris is up to its neck”

In an effort to turn around the country’s fortunes, Paris has named a new cabinet in August, replacing its leftist economy minister Arnaud Montebourg with a former Rothschild banker, Emmanuel Macron. The move was interpreted as a clear sign that Paris was turning to a more market-oriented economic policy.

“Macron is not a man who beats around the bush. He says things like they are,” explained Frank Baasner, director of the Franco-German Institute (dfi), speaking with euractiv.de.

In the past, the French government has repeatedly shied away from austerity policy because it feared a massive wave of strikes, Baasner said. But in the meantime, strike-happy unions have come to face reality, demonstrating a willingness to comply.

Baasner said he was confident Paris will deliver this time. “Pressure from Brussels, Berlin and Rome is growing,” the dfi director said, “the French government is up to its neck.”