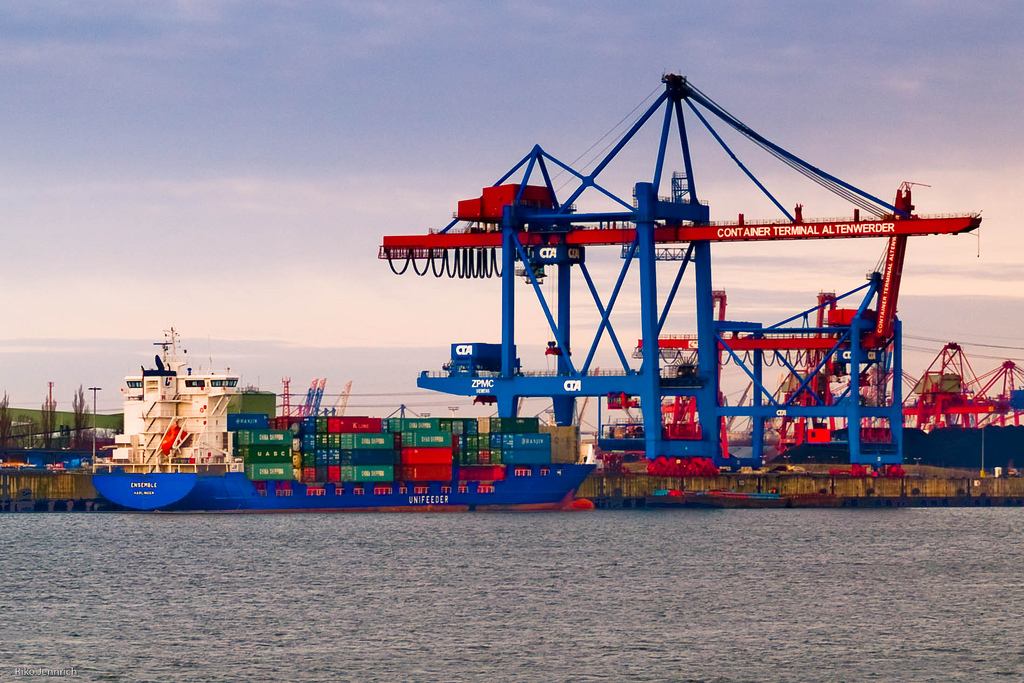 Germany’s export surplus will continue to grow in 2014, fuelling imbalances in the euro zone. The subject may bother Brussels, but the foreign trade sector is pleased, claiming criticism is unfounded. EURACTIV Germany reports.

“Without Germany and its strong economy the euro would not be around anymore”, insisted Anton Börner, President of the Federation of German Wholesale, Foreign Trade and Services (BGA).

The BGA President was reacting to repeated criticism – not least from Brussels – saying Germany should reduce its export surplus and increase domestic demand in the interest of stabilising the entire eurozone.

“Many of our European neighbours would long have been in a deep depression by now. They live from the fact that Germany accepts their exports, paving the way for them on the global market”, Börner continued, saying: “Whoever claims Germany lives at Europe’s cost, simply does not understand.”.

It is not unusual for individual countries to assume the function of export harbour instead of their counterparts, the BGA president said. In the United States, there are also significant discrepancies among the individual states, who likewise share a single currency.

“The fact that the monetary union still exists, helps us all”, Börner emphasised.

German export growth is expected to rise by 3% in the coming year to roughly €1,130 billion, the BGA estimates. Meanwhile imports are expected to gain 2%, reaching just over €914 billion. As a result, the country’s foreign trade surplus will expand to over €215 billion this year.

According to a joint press release, the German government said these six countries deserve “greater attention” from the export sector.

Among these top 6, it is striking that there is only one EU member state, namely the UK. But sure enough, the numbers for 2013 show that much-resented German exports are falling in eurozone countries.

While Germany’s foreign trade surplus continues to grow as a whole, exports within the EU have shrunk by 13% since 2011 to around €108 billion. Observing only the eurozone, the decline is even greater, at 29%.

“This makes me object to the criticism of German exports all the more,” said Börner, “and most certainly when it comes from Brussels. Compared to the rest of the eurozone states, Germany’s export surpluses have recently risen slower than they have in the last ten years”.

For the most part, this development regarding Germany’s foreign trade surplus is not driven by a decrease in exports, but rather an increase in imports, the BGA president explained. Imports from EU countries have risen from €506 to 515 billion over the last 3 years, while exports decreased from €630 to 623 billion.

Börner is convinced that growing demand for German products in general can be attributed to their good value, and competitive pricing. Further, Germany offers the products countries like China need, such as machines, vehicles, steel girders and bridges.

Innovative products made in Germany will continue to be in demand, Börner said, to tackle future global challenges like environmental protection, climate change and power generation.

Germany has exported more than it imports since 1952, running a trade deficit only in the early years of economic devastation after World War Two. Its trade surplus is largest vis-a-vis France, the United States and Britain.

Merkel's government has rejected the US criticism, spelled out in a semi-annual report by the Obama administration to Congress, that it should do more to spur imports.

German officials point out that Europe's largest economy has more than halved its current account surplus with the euro zone as a share of gross domestic product since 2007.