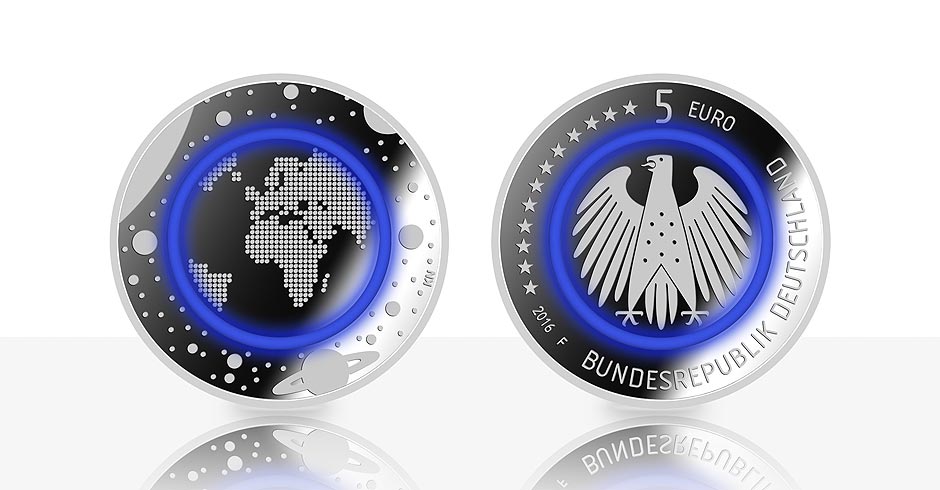 Hundreds of people queued at the Bundesbank in the German city of Frankfurt yesterday (14 April) to get their hands on one of the new five euro coins, Euronews reported.

A collector’s item, and only legal tender in Germany, the coin features two metals and a translucent ring of blue plastic, making it difficult to counterfeit.

The coin officially came into circulation yesterday, but it is likely that it would be mostly sought by collectors, rather than being used for payment in the country.

During the presentation of this coin last February, the German finance ministry said that it is entirely new, not only for being the first five euro coin in Germany, but also because of its materials that include a combination of metal and plastic components.

For almost a decade, a German minting technology team has worked towards developing the polymer ring as a new security feature. It can be enriched with all kinds of colour pigments, and can thus be manufactured in any colour. It can even change colour, when exposed to UV light for example. This means that the new type of coin can start matching banknotes in terms of counterfeit protection.

One side of the coin, designed by Stefan Klein, features all continents inside a blue plastic-wrapped circle, while the other side, designed by Alina Hoyer, includes an eagle, the official symbol of the country, surrounded by 12 European stars.