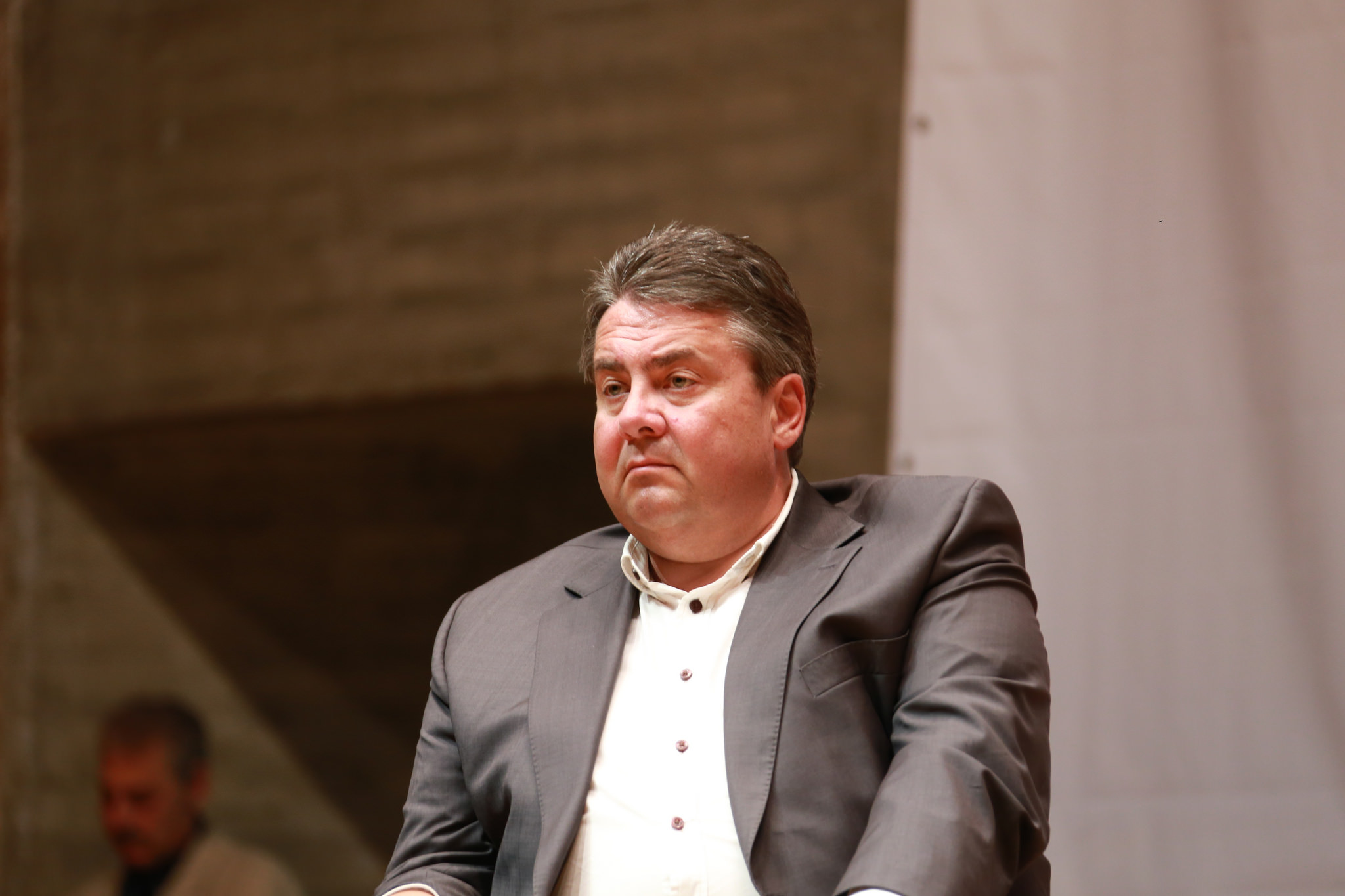 The German Ministry of Economic Affairs has drastically lowered its growth forecasts for this year and next, blaming crisis-ridden eurozone countries in particular for hampering the recovery. EURACTIV Germany reports.

The Federal Republic’s 2014 GDP is only expected to grow by 1.2%, instead of the 1.8% originally predicted.

“The German economy is in troubled waters because of the current external economic situation,” Gabriel said on Tuesday (14 October) in Berlin.

“Geopolitical crises have also increased insecurity in Germany, and the only moderate global economic development is a burden to the economy,” Gabriel explained.

Such crises include the conflict in Ukraine, and the ongoing military conflicts in the Middle East, he said. But weak euro area states are particularly burdensome to the German economy.

The eurozone is Germany’s largest market for sales. Because the economy is barely recovering in this area, the Social Democrat said, German exports have risen less than expected.

“Germany only does well when Europe is doing well,” Gabriel said.

But the measure must also be successful in motivating more spending from existing private capital, the Minister said, and Juncker’s growth package should also lead to a sustainable improvement in competitiveness.

“It does not do any good to build a third highway, next to two existing ones, which still no cars will drive on,” Gabriel said.

The Economic Affairs Minister spoke in favour of more investments to boost the economy and ensure long-term wellbeing.

Germany must invest a lot more in its infrastructure”, Gabriel indicated, “and the framework conditions for private investments must be improved.” That includes reliable restructuring of the energy system and a rapid expansion of broadband internet access. “Those are and will remain the focal points of my work”, the minister said.

“Wages and employment continue to rise”

One of the primary reasons for the growth correction, is that companies are less likely to invest on global markets due to unpredictable sales prospects.

For 2014, the German government only estimates 3% growth in investments for equipment such as machines and storage facilities. Up until now, the prognosis was 6.3%.

But the worst will be deflected by stability in the internal market, the government says. “The continuously robust labour market is the basis for this,” Gabriel assured. “Wages and employment will continue to rise. This fuels expenditures for consumption and housing construction among private households.”

The number of people employed is expected to increase by 325,000 this year, but only half this much in 2015. Unemployment is estimated to remain stable at around 2.9 million. Net wages and salaries are likely to increase by 2.6% per worker in 2014 and 2.7% in the coming year.

In Gabriel’s opinion, there is no reason to abandon or alter the country’s current economic, financial or socio-political course.

Hectic calls for a different German financial policy – such as a debt-financed economic programmes – are wrong, he said. Something like that does not do anything to create sustainable growth in the economy, Gabriel stated.

“More debt in Germany will not create growth in Italy, France, Spain or Greece,” the Economic Affairs Minister said.

The coalition between Angela Merkel’s conservatives and Gabriel’s SPD had hoped to balance the national budget in 2015. This goal is still achievable without new credit, the SPD leader said.

Meanwhile, several members in the SPD’s left-wing are beginning to question what they call the “black zero” in the national budget, in reference to the government’s zero debt objective.

“Zero debt is the wrong priority, in an economic environment with rising unemployment and a persistent crisis of confidence,” warned Michael Fratzscher, who is head of the German Institute for Economic Research (DIW).

The German government’s autumn projection will make up the basis for the November tax assessment. This serves as an orientation aid to assemble public budgets for the federal government, regions, municipalities and social security.

Economic growth ground to a halt in the European Union, dragged down by a shrinking economy in Germany and a stagnant France.

France's deficit is fast becoming problem number one of the Eurozone.

Paris announced it would not bring its deficit down within European Union limits until 2017, four years later than originally pledged, setting up a confrontation with the European Commission.

While many countries have tightened their belts by laying off civil servants and cutting pay, France has done neither. The country's public deficit remains very large, and the lack of economic growth leaves a diminished tax base.

As a result, speculation has mounted that the European Commission could reject France's 2015 budget draft at the end of October.