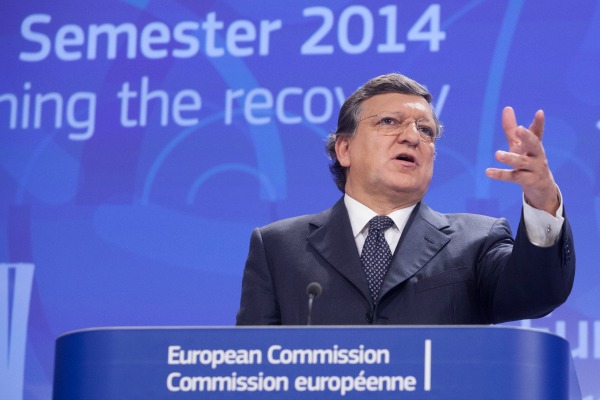 The European Commission decided yesterday (13 November) to prepare an in-depth analysis of Germany's persistently high current account surplus to find out if it is a sign of a serious imbalance in Europe's biggest economy.

Germany has had a current account surplus in excess of 6% of its gross domestic product since 2007, meaning it exports far more than it imports from the rest of the world.

In September the surplus reached €19.7 billion – more than 8% of the country's economic output last year – and was the biggest in the world, beating even China.

This has prompted criticism from the US and EU that Germany is relying too heavily on exports and that Berlin should pay more attention to raising domestic demand to put growth on a sounder footing.

The EU will recommend steps to fix the problem if the review, due to be finished early next year, finds the surplus is harmful.

"A high surplus does not necessarily mean that there is an imbalance," European Commission President José Manuel Barroso told reporters in Brussels. "We do need to examine this further and understand whether a high surplus in Germany is something affecting the functioning of the European economy as a whole," he added.

Relying too heavily on exports can leave a country vulnerable to a global shock because domestic buyers would not be able to make up for the drop in demand. It also means that Germans are investing their savings abroad, making them vulnerable to events elsewhere and depriving their own economy of investment.

But the surplus highlights Germany's success in staying competitive in the world economy so criticism is politically tricky, because EU policy-makers encourage eurozone countries to undertake painful reforms to become more competitive and run a current account surplus, rather than a deficit.

"Let's be clear, we are not criticising Germany's external economic competitiveness or its success in global markets, in fact that is what we want from all EU member states," said Olli Rehn, the Commission's economic and monetary affairs chief. "But a persistent high surplus also means that Germans are persistently investing a large part of their savings abroad," he said.

"The question is whether this is efficient, even from the German perspective.”

Barroso added: "This is not about questioning Germany’s competitiveness, no, because I want to make it clear: the real problem for Europe is not that Germany is very competitive, this is indeed a major asset for the economy of Europe as a whole.

Barroso said that the surplus could indicate that Germany could do more to help rebalance the EU economy through raising German domestic demand and investment, and opening up the German services sector.

The analysis falls under new European Union rules, in place from the end of 2011, that charge the 28-nation's executive arm with checking that countries do not develop dangerous economic imbalances that could become a problem if not addressed.

A current account deficit larger than 4% of GDP or a persistently very large surplus above 6% are among the warning signs in the Commission's scoreboard of around 30 economic indicators.

The in-depth review is likely to be finished in February or March next year.

If it comes to the conclusion that the surplus is excessive and therefore damaging to Germany and Europe's economy, the Commission will recommend steps to fix the problem.

If Germany were to ignore such recommendations, it could be fined 0.1% of its GDP.

US has also criticised German economy

Germany argues that it has more than halved its current account surplus with the eurozone as a share of GDP since 2007.

International pressure has mounted – especially from the US, but also within the EU – for Germany to do more to spur domestic demand, with criticism that its reliance on exports is hurting Europe's economic stability and the global economy.

The German seasonally adjusted trade surplus widened to €18.8 billion in September. The current account surplus of €19.7 billion was more than 8% of last year's economic output and above the 6% threshold considered excessive in the EU.

The US administration reprimanded Germany in strong terms for its economic imbalances in its semi-annual report to Congress late last month.

The early warning system to detect economic imbalances within the European 'Semester' was set up after problems in Greece, Ireland and Portugal triggered the eurozone sovereign debt crisis and forced the bailing out of four member states.

The Spring 2013 assessment revealed deepening economic problems in France, Italy and Spain, which could face fines if they do not correct course.

0 responses to “Germany under EU scrutiny for current account surplus”