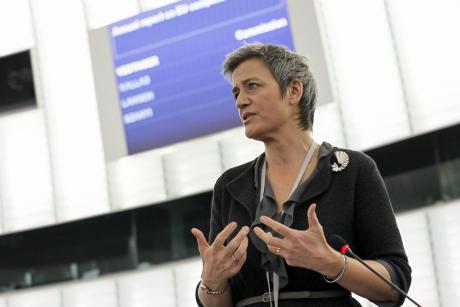 After the Luxleaks affair in Luxembourg and a string of investigations into corporate taxation, the European Commission is now zeroing in on German tax authorities to determine whether the country also offers unfair advantages to big business. MEPs are calling for cooperation from German Finance Minister Wolfgang Schäuble. EURACTIV Germany reports.

After investigations in Ireland, Luxembourg, Malta, the Netherlands, the United Kingdom and Cyprus, the European Commission is taking a closer look at German tax regulations for corporations.

The executive said it requested tax rulings from 15 EU member states on Monday (8 June). Besides Germany these include Austria, France, Italy and Spain.

Tax rulings are written explanations from tax authorities to corporations indicating, in advance, how corporate tax should be calculated and which tax regulations should be applied.

In the so-called Luxleaks scandal, such reports raised suspicions in Luxembourg that the country was giving international corporations like Amazon unfair advantages. Brussels is also currently investigating whether Ireland is doing the same for Apple or the Netherlands for Starbucks.

Meanwhile the Commission did not want to comment on the exact number of tax rulings requested from Germany or the companies affected.

“We will carefully investigate these to determine whether member states are giving individual companies selective tax incentives with the help of tax rulings and are thereby violating EU state aid law,” said Competition Commissioner Margrethe Vestager.

At the same time, the Commission complained that sometimes it has to “request information two or more times from member states”. “We are still missing several parts of this puzzle,” Vestager said.

The goal should be “to shed light on the tax thicket unveiled by Luxleaks” and to set legislative consequences, Theurer stated. “The German government also has to finally work with us, the elected European representatives of the people. I am again calling on Wolfgang Schäuble to accept our offer for dialogue and to join the TAXE Committee on Tax Rulings – like his French colleague Sapin,” said the FDP politician.

On Monday (8 June), the Commission threatened Estonia and Poland with the possibility of a complaint before the European Court of Justice (ECJ) because neither country has yet submitted the basic information on their approach to tax rulings. The European Commission had asked for the information from all 28 member states in December.

On 12 February 2015, the European Parliament decided to launch a special committee for an initial six month period, to investigate the sophisticated tax rulings of EU member states that became the centre of a media storm earlier this year.

The special committee will then draft a report, including recommendations on how to improve transparency and cooperation between member states, to the benefit of the internal market, European companies and citizens.