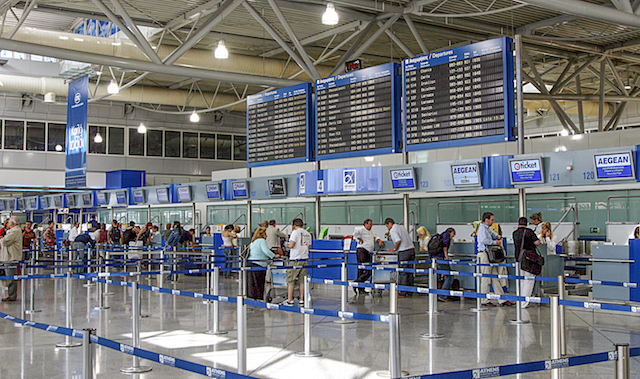 Greece’s radical left Syriza government on Tuesday (18 August) approved its first privatisation granting a concession of more than a dozen key regional airports to Germany’s Fraport-Slentel consortium in a deal worth 1.23 billion euros.

The 40-year concession covers most of Greece’s top travel hubs including Thessaloniki, Hania in Crete, and other islands such as Mykonos, Corfu, Rhodes and Santorini.

The deal, which includes a further 10-year lease option, had been approved by the previous Greek government but was put on hold after the hard-left Syriza party of Prime Minister Alexis Tsipras came to power in January.

The government gazette on Tuesday published a decree indicating that the government “approves” privatisation agency Taiped’s decision to award the concessions to Fraport along with a leasing agreement totalling 22.9 million euros a year.

However, the contracts have yet to be signed and talks are still ongoing, the company said.

Fraport “does not expect the deal to be finalised this year”, a company spokesperson told AFP.

It is the first privatisation announced since eurozone ministers approved on Friday a massive new bailout for debt-laden Greece.

The Tsipras government has agreed the privatations of public assets as part of the deal reached its international creditors to win a third international bailout since 2010 worth 86 billion euros, approved by parliament on Friday.

The creditors demanded the creation of a 50 billion euro privatisation fund — notably concerning ports, airports and railways — to be managed by Athens but supervised by the international institutions.

In November, Fraport had issued a statement saying it had won a “privatisation offer” for the airports, which also include Cephalonia, Zakynthos, Aktion, Kavala, Kos, Samos, Lesbos and Skiathos.

According to the association of Greek tourism enterprises, Rhodes in 2014 accounted for over 1.9 million arrivals, followed by Thessaloniki with 1.5 million and Corfu with 1.0 million.

Many of the airports, however, are decades old and undersized to handle the demand, a fact not lost on Greek tourist operators who have long demanded an upgrade of facilities.

But hardline Syriza dissidents reacted angrily to the airport concession announcment, saying it was the first step towards “a general sale of Greece”.

The governor of the Ionian isles, elected on Syriza’s ticket, also criticised the deal as “contrary to local and national interests”.

“This is an exceptionally negative development,” said governor Theodoros Galiatsatos, whose area of responsibility includes the airports of Corfu, Zakynthos, Cephalonia and Aktion.

He added that he would call a referendum on the issue and seek to block the decision in court.

Unions have also expressed opposition to the deal.

The Osypa union of civil aviation staff has already announced plans to contest the deal at the European Union’s competition watchdog, claiming that it will place the industry solidly under German control.

Osypa also claims the Greek state currently earns 450 million euros from the airports each year, and that the 330 million euros promised by Fraport in investment barely exceeds the annual maintenance cost of 5.8 million euros per airport.

The government had originally frozen the airport deal upon coming to power in January, saying it wanted to review it in order to maximise local jobs creation.

The Greek government on Tuesday revealed it was easing slightly the capital controls imposed on the debt-hit country by allowing individuals to transfer 500 euros per month abroad.

Almost all transfers from Greek bank accounts to foreign bank accounts had been banned by the capital controls introduced on 29 June to stop a panicked outflow of cash from the country’s banks.

According to the government decree published in the official journal Tuesday, individuals can also send out of Greece 5,000 euros every three months to their children who are studying in foreign countries and up to 8,000 euros with documents proving those expenses.

Greek Prime Minister Alexis Tsipras won backing from lawmakers on 11 July for painful reform proposals aimed at obtaining a new international bailout, but is now facing a rebellion in his own party that could threaten his majority in parliament.

The measures, which received an initial nod from European Union and International Monetary Fund officials before a meeting of eurozone finance ministers on 11 July, were passed with the support of pro-European opposition parties.