Greece bailout talks drag on through the night

By Georgi Gotev and James Crisp | EURACTIV.com with agencies 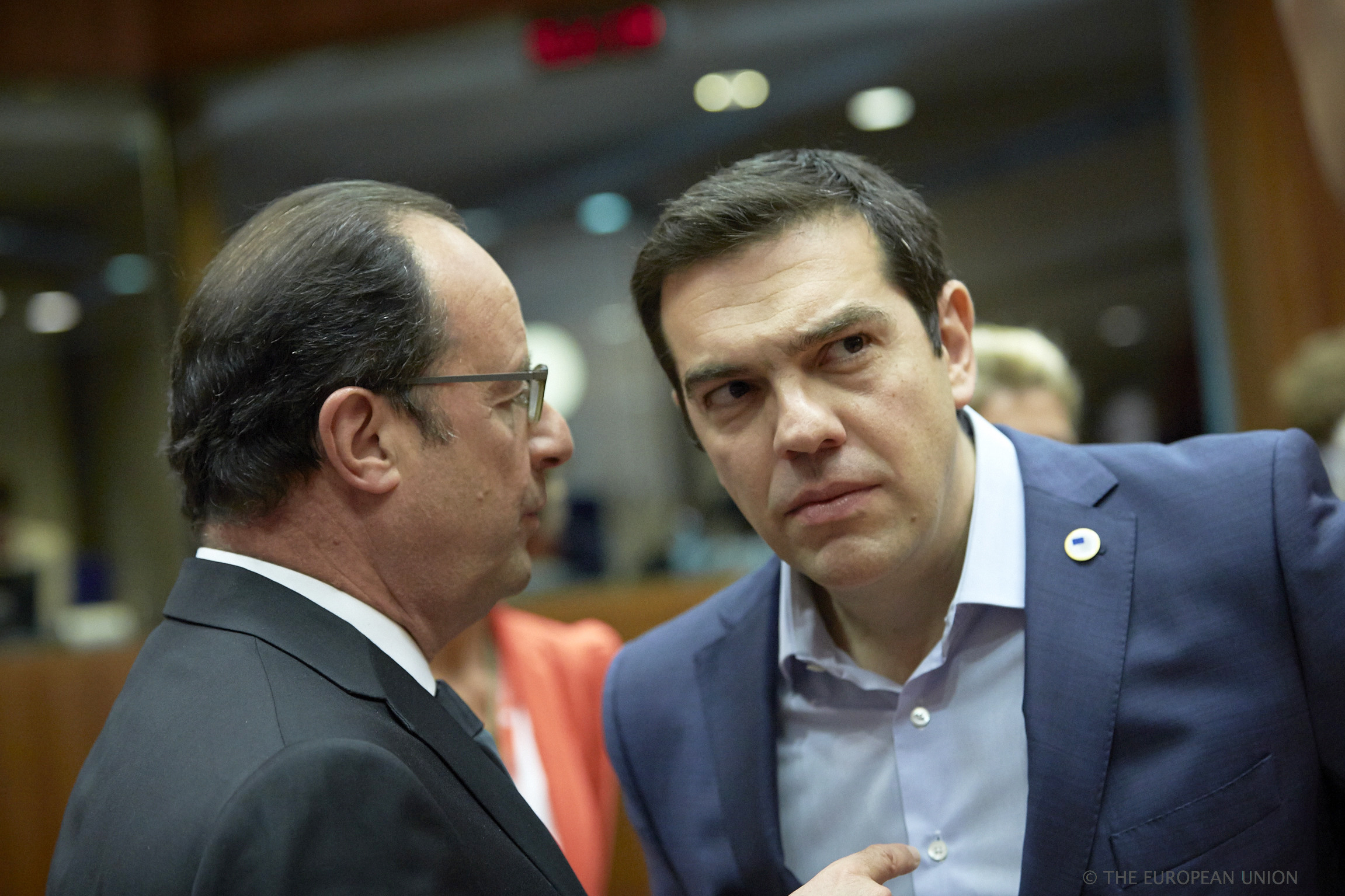 The leaders of Greece, Germany, France and the EU have tabled a “compromise” on a bailout deal for Athens at talks through the night, which is now being put to the rest of the eurozone, a European source said early this morning (13 July).

But following 17 hour of talks, the leaders of the 19 eurozone countries are still stuck in negotiations in an emergency summit.

Greek Prime Minister Alexis Tsipras, German Chancellor Angela Merkel, French President François Hollande and European Council president Donald Tusk hammered out the proposal on the sidelines of the talks, which have been repeatedly broken to allow consultations between smaller groups of countries.

“There is a four-way deal which will now be put to the 19,” said the source, who spoke on condition of anonymity.

Tusk spokesman Preben Aamann said on Twitter that the EU leaders had reconvened the full summit after a several hour break “with (a) compromise proposal”, but gave no further details.

A Greek government official said there were still issues to resolve on the proposal for far-reaching economic reforms by Athens in exchange for a third financial rescue programme since 2010.

“We don’t have a deal because two big issues remain open – the IMF role and the Luxembourg €50 billion fund,” the Greek official said on condition of anonymity.

Eurozone proposals insist on the International Monetary Fund having a part in any future bailout, and call for Greece to park assets of up to €50 billion for privatisation.

“The rest is okay but not very okay. With a gun to your head, you would say okay too,” the source said.

The texts discussed by the 19 heads of state and government are an improved version of a paper produced by their finance ministers. The Eurogroup ministerial ended just before the eurozone summit, having produced a four-page document which Der Spiegel called a “Catalogue of atrocities”.

The scene of the nine-hour session of the Eurogroup itself was described as “crazy” and as a “kindergarten”, in which ministers traded harsh words and even insults.

“It was crazy, a kindergarten,” said a source describing the nine hours of talks on Saturday among weary ministers attending their sixth emergency Eurogroup in three weeks. “Bad emotions have completely taken over.”

Schäuble and others seemed to favour a “Grexit”, a participant said, while Draghi seemed “the strongest European” in the room, most opposed to the risky experiment of cutting Greece out of the euro area.

One said that after months of frustration with their former Greek counterpart, some ministers were impatient with Schäuble: “He’s switched roles with Varoufakis,” the source said, referring to the firebrand former Greek finance minister, who resigned following the 5 July referendum.

The four-page “catalogue of atrocities” included a “time out” for Greece from the euro in case of absence of agreement. This was vehemently rejected by French President François Hollande.

Also, the paper reads that valuable Greek assets to the tune of €50 billion “shall be transferred to an existing and independent fund like the Institution for Growth in Luxembourg, to be privatized over time and decrease debt”.

Other measures include putting the “troika” of creditors back on the ground in Athens after they were expelled by Tsipras’ government, and getting creditors’ approval for any legislation affecting issue covered by the bailout.

The leaked document was reproduced by newspapers in Greece and in other EU countries and sparked massive outrage.

Covers of newspapers and magazines featured strong headlines. “Europe takes revenge on Tsipras,” wrote the Guardian, while the first page of the French daily Libération asked: “What kind of game is Merkel playing?”.

The draft agreement for the bailout sparked a furious reaction in Athens, and on social media worldwide.

Greeks take to the streets

Demonstrators took to the streets in Athens and Tsipras’ account was bombarded by tweets urging him to quit the talks.

At the same time #ThisIsACoup was the second top trending hashtag on Twitter worldwide – and top in Germany and Greece.

The tag was attached to tens of thousands of angry comments denouncing the German-inspired proposals for EU-directed reforms of Greece’s public administration and demands that Athens pass new laws within days to raise taxes and cut back on pensions.

Greece may be heading for further political turmoil as defections by leftists weaken Tsipras’ grip on government.

Out of 149 lawmakers in his radical-left Syriza party, 17 refused to support him in Saturday’s vote, which authorised the government to reopen negotiations for a bailout in exchange for austerity measures.

15 Syriza MPs who had backed Tsipras on Saturday sent a letter to the premier saying he should not count on them to approve any future reforms demanded by Greece’s creditors.