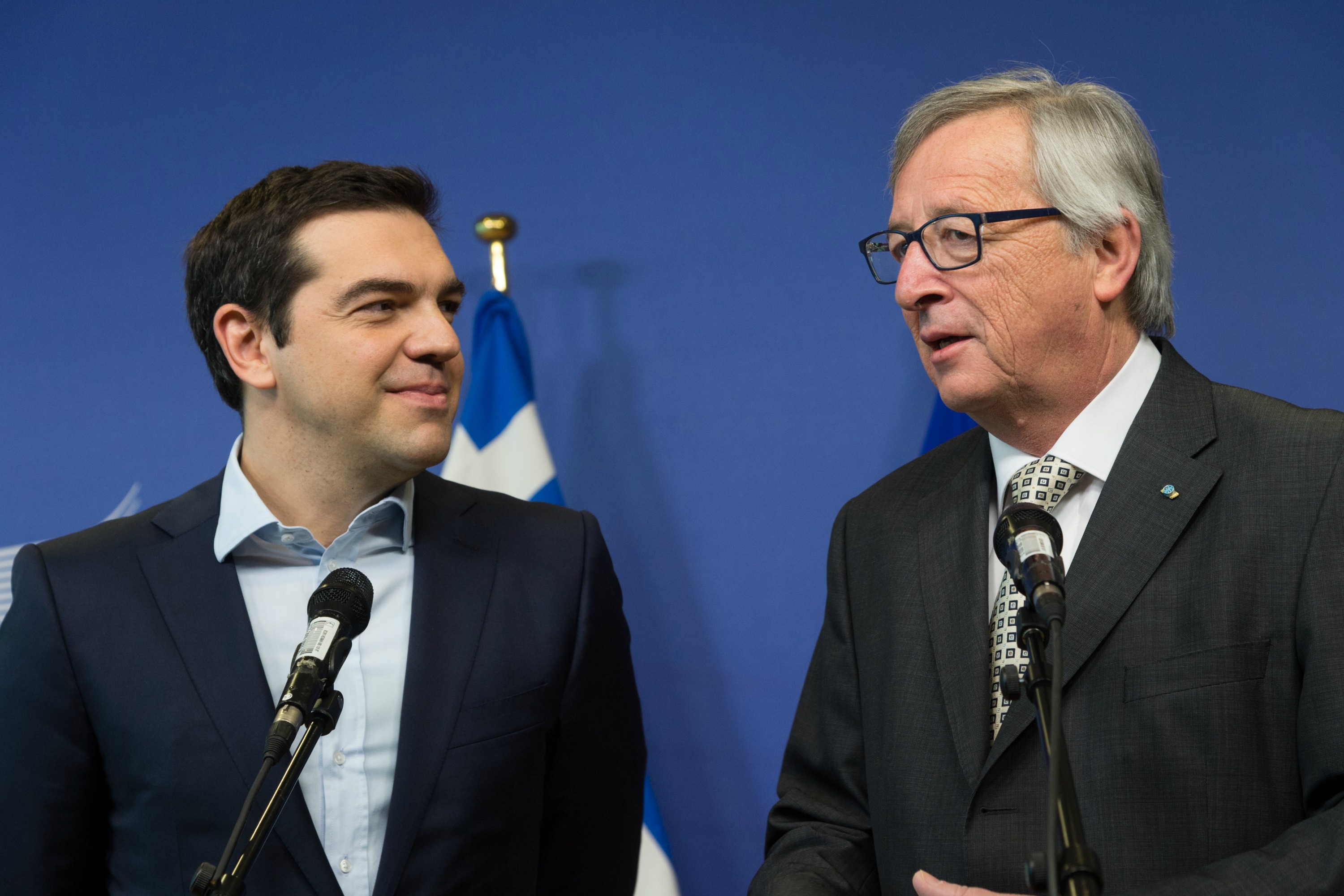 Greece and its creditors failed to reach a breakthrough at crunch talks in Brussels Thursday (3 June) despite saying they had made progress towards a deal that could save Athens from a possible euro exit.

Anti-austerity Prime Minister Alexis Tsipras met European Commission chief Jean-Claude Juncker in a bid to hammer out a reform plan that could unlock the final 7.2-billion-euro tranche of Greece’s bailout.

They said they would meet again soon, but concluded the four-hour meeting without any agreement, leaving Greece on its own to face a critical payment to the International Monetary Fund on Friday and avoid a possible default.

“The talks will continue in the coming days,” said Tsipras – whose leftist Syriza party was elected in January on the back of promises to end five years of painful austerity measures that plunged Greece into recession.

The Greek premier said that there were “points that no one would consider as a base for discussion” during the talks, and that Greece’s reform plan “remains the only realistic plan on the table”.

International creditors had presented a rival plan that they hammered out without Greece at a meeting in Berlin on Monday attended by the leaders of Germany and France.

He added, however, that after months of often bad-tempered talks between Athens and its creditors, “there was proof from the Commission that it is at least disposed towards reaching a realistic agreement very quickly”.

But Eurogroup chief Jeroen Dijsselbloem, who also attended the four-hour talks over dinner in Brussels, told reporters it was a “very good meeting”.

The European Commission – the executive arm of the 28-member European Union and one of Greece’s three bailout monitors along with the IMF and European Central Bank – said in a statement that there had been “progress” during the talks.

“It was a good, constructive meeting. Progress was made in understanding each other’s positions on the basis of various proposals. It was agreed that they will meet again,” it said.

Senior eurozone officials are due to hold a teleconference later Thursday, officials told AFP. Many EU leaders will also be in Brussels for a Latin American summit next Wednesday and Thursday.

On the way into the working dinner, Juncker and Tsipras shook hands for the cameras but there was none of the horsing around at earlier meetings when Juncker mocked the Greek leader’s refusal to wear a tie.

Greece’s eurozone partners and its creditors had wanted a deal by Friday, when Athens must repay the IMF 300 million euros.

Fears of a messy Greek exit from the euro are growing, with its current 240-billion-euro bailout programme is due to run out at the end of June, and a total of 1.6 billion euros in payments due to the IMF in total this month, which Athens does not have.

In the hours before the Tsipras-Juncker meeting there were frantic efforts to bridge the gap between the demands of the creditors and the Syriza government’s determination to end austerity measures.

>>Read: Greece ‘has no money’ to meet IMF debt repayment

Athens has insisted on lower targets that would allow it to honour promises to voters to increase public spending, having already made compromises on pension reform and sales tax.

Any deal that does eventually emerge faces a major hurdle as the reforms would have to be approved by the Greek parliament.

This could be tough given that Tsipras is under intense pressure from Syriza’s influential radical wing to reject any plan that piles more austerity on the recession-hit country.

Some Syriza officials have said they would rather hold snap elections than accept more austerity.

0 responses to “Greece edges towards default as crisis talks flounder”