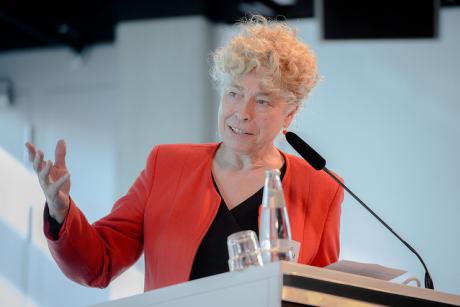 First, only Germany’s Left Party was in favour of meeting Athens’ demands for war reparations. Now politicians from the governing SPD, and the Greens support compensating Greece for the effects of atrocities committed by the Nazis during WWII. EURACTIV Germany reports.

More and more politicians in Germany are calling on the federal government to compensate Greece financially for the effects of the Nazi occupation.

“In my view, the situation is politically straightforward: we should reach out financially to the victims and their relatives,” said Gesine Schwan, chairwoman of the Social Democratic Party’s (SPD) Basic Values Commission and two-time candidate for the office of federal president.

It is about time the German side recognised that Greece was subjected to “terrible injustice”, Schwan told Spiegel Online.

“We should not link the issue of reparations with the current debate over the eurocrisis. But regardless, in my view we must have the compensation discussion,” deputy SPD leader Ralf Stegner echoed.

“This has to do with how we handle our own history. I am against debates over putting the past behind us. Even decades later, there are issues in international law that have yet to be solved.”

Greens: Reparations debate should not be “swept under the carpet”

Meanwhile, the head of the Bundestag’s Green party faction, Anton Hofreiter, said the demand from Greece can “not simply be swept under the carpet” by the German government. This chapter has neither morally nor juridically been concluded once and for all.

More than 50,000 Greek Jews were murdered in gas chambers. As retribution for the fierce opposition against German occupation, Nazi soldiers carried out numerous massacres, including the one that took place in Distomo, on 20 June 1944, killing 218 civilians.

Nazi occupation also led to severe famines. During the first winter under German control, at least 100,000 Greeks died of starvation, explained Hagen Fleischer a Greco-German historian. The situation was so desperate that the people made bread out of grass and cooked soup from the straw in their brooms, Fleischer said.

When today’s austerity policy causes people to go to the soup kitchens for meager meals, it reawakens these memories, said historian Olivier Delorme.

What is Athens asking for?

The Greek government is demanding repayment of a 1942 loan demanded by the Nazis, which was never repaid: 476 million Reichsmark. Greece estimates its current value at €11 billion, while most historians say it is closer to €5 billion.

Athens is also demanding compensation for the Distomo massacre. To date, Greece has only received 115 million Deutsche Marks. However, the Greek Supreme Court ruled that Berlin still owes around €28 million. According to the ruling, properties held by the German Archaeological Institute and the Goethe Institute could serve as repayment.

But the German government rejected Athens’ wishes. Berlin argues that reparation demands lost their legitimacy after reunification under the so-called Two-Plus-Four-Treaty.

“Germany is absolutely and constantly aware of its historical responsibility for the suffering that National Socialism brought for many countries in Europe,” explained government spokesman Steffen Seibert. “But that does not change anything regarding the position and the strong conviction that the issue of reparations and compensation payments has finally been settled and is therefore concluded,” Seibert stated.

Reparations demands are a “cheap distraction”

The government’s position is supported by the centre-right faction’s top representative. For the Bavarian Christian Social Union (CSU), the reparations demands are a “cheap distraction manoeuvre”.

“Right now the focus is not on coming to terms with the past,” said CSU regional leader Gerda Hasselfeldt on Tuesday (18 March) in Berlin. It is much more important that Athens solve the current problems. A discussion over reparations payments from Germany is superfluous. The topic has been legally concluded.

“We have noted that every week, a new proposal comes from Greece,” said CDU politician Michael Grosse-Brömer, “the reparation issue has lost its legitimacy”.

The anti-immigrant Alternative for Germany (AfD) considers the Greek government’s demands absurd – both juridically and morally.

“It is outrageous how Greek politicians are conducting extortionist Realpolitik. That has nothing to do with European partnership,” a party statement reads.

“But it is even worse that German politicians also fall for this perfidious Populism.”

The new Greek leadership got off on a tour of European capitals to seek more favourable terms to the country's EU/IMF bailout.

But all Athen got was a four-month extension of its financial rescue. Eurozone finance minsiters approved on 24 February a Greek economic reform plan that backed down on key measures and promised that spending to alleviate social distress would not derail the country's budget.