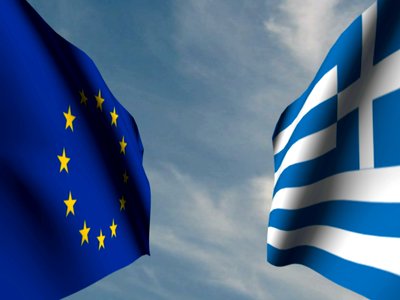 Greece’s leftist government began its drive to persuade a sceptical Europe to accept a new debt agreement on Sunday (1 February) while it starts to roll back on austerity measures imposed under its existing bailout agreement.

After a turbulent first week in office, the new government has made clear it wants to end the existing arrangement with the European Union, the European Central Bank and International Monetary Fund “troika” when its aid deadline expires on 28 February.

Instead, Prime Minister Alexis Tsipras wants to agree a bridging deal with the troika to gain breathing space while a new deal is negotiated to reduce Greece’s unmanageable public debt burden of more than 175% of its economic output, or €320 billion.

“For the last five years, Greece has been living for the next loan tranche. We have resembled drug addicts craving the next dose,” Finance Minister Yanis Varoufakis said after meeting his French counterpart Michel Sapin in Paris.

“What this government is all about is ending the addiction,” he said, noting that it was time to go “cold turkey”.

He said Greece needed a short space of time to present its reform proposals and expected to be able to hammer out a new agreement with its partners within about six weeks. He said he wanted to deal directly with European partners, the ECB and IMF rather than go through inspectors from the troika.

Varoufakis goes to London to see British Finance Minister George Osborne on Monday and travels to Rome on Tuesday. A meeting with German Finance Minister Wolfgang Schäuble, who has repeatedly demanded that Greece meet all its bailout obligations, would follow in the coming days, he said.

Sapin repeated that Greece could not expect its partners to accept a straight debt write off. But he left the door open to other options that could include giving Athens more time for repayment.

“Anything that can alleviate the Greek debt burden will be welcome … but of course there is no question of cancelling the Greek debt,” he said.

Tsipras himself is due this week in Rome and Paris, the two major capitals where his hopes for a sympathetic hearing are highest, given French and Italian calls for an easing in rigid euro zone budget austerity.

He is also due to meet European Commission President Jean-Claude Juncker on Wednesday and Deputy Prime Minister Yannis Dragasakis said that meeting could be crucial to laying the basis for a deal.

“Personally, I would not consider it unlikely to have a road map drawn for the future at the meeting with Mr. Juncker,” he said in an interview with Greece’s Mega TV.

At home, where Greeks have seen poverty and hardship reach levels unmatched anywhere else in western Europe, the government has wasted little time in making clear it intends to respect its election promises to end years of harsh austerity.

It has halted a series of privatisations it says amount to a disposal of strategic national assets at fire-sale prices and has announced plans to reinstate thousands of public sector workers laid off by the last government as well as to raise low-income pensions.

On Sunday, Labour Minister Panos Skourletis said the government would restore collective bargaining and raise the minimum wage – cut to €586 from €751 euros a month under the 2012 bailout agreement.

Tsipras is expected to give more detail when he lays out his programme in parliament in the next few days. Skourletis said the government would discuss the minimum wage plans with unions and employers before moving ahead.

Jeroen Dijsselbloem, the head of the eurozone finance ministers’ group, has already made it clear that he doubts the Tsipras government can meet its election pledges while keeping public finances on track.

Varoufakis caused consternation on Friday when he said that Greece would no longer cooperate with troika monitors in Athens overseeing the bailout accord.

“Therefore we will not have discussions with the technocrats,” he told Greek radio, noting that it was “insulting” to be dealing with lower-ranking officials.

German business daily Handelsblatt reported that Juncker was coming round to the Greek view that the troika mission had had its day and should be scrapped.

Pressure on the government to reach a deal increased on Saturday when Erkki Liikanen, a member of the ECB’s policymaking Governing Council, said that funding for Greece’s banks could dry up if Athens does not remain in a programme.

The banking sector, which has seen heavy outflows of deposits during the political turbulence of the past few weeks, and a plunge in banking stocks since last Sunday’s election, is one of the most vulnerable points of the system.

On Sunday, the junior partner in Tsipras’ coalition said he would propose a tax amnesty on undeclared funds brought back into the Greek banking system in a bid to reverse the rising tide of funds fleeing the country.