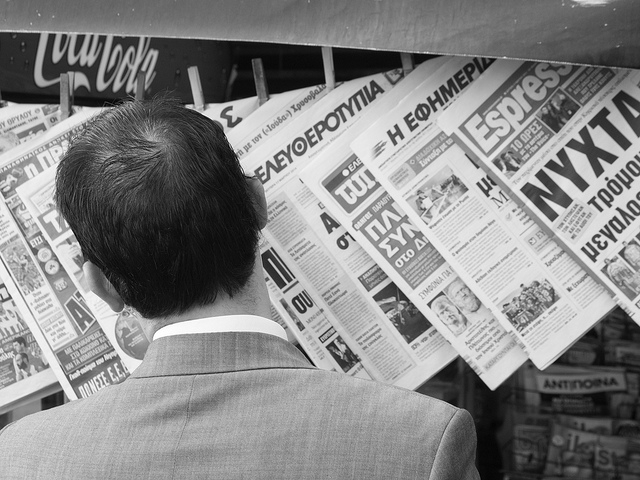 “Today we witness a containment of systemic stress,” Stournaras, who is also a member of the ECB’s Governing Council, told a conference in Athens. “However, this should not make us complacent.”

Stournaras said the search for yield in a very low interest rate environment, persistent pressure on bank profitability and new worries about the sustainability of sovereign debt burdens were a major concern.

“In this environment, macro-prudential policies need to ensure that financial intermediaries can withstand a potential reversal of risk premia, while at the same time further initiatives are needed to monitor and assess vulnerabilities in the shadow banking sector,” he said.

Stournaras, a former Greek finance minister who led the country’s efforts to put its finances back on track and its return to financial markets this year, did not comment on current domestic political developments.

Hoping to reduce political uncertainty, Greece’s government has brought forward to this month a vote in parliament to elect a president. It risks having to call snap elections, however, if the government’s candidate does not get enough votes.