Grexit scenarios: How to leave the eurozone 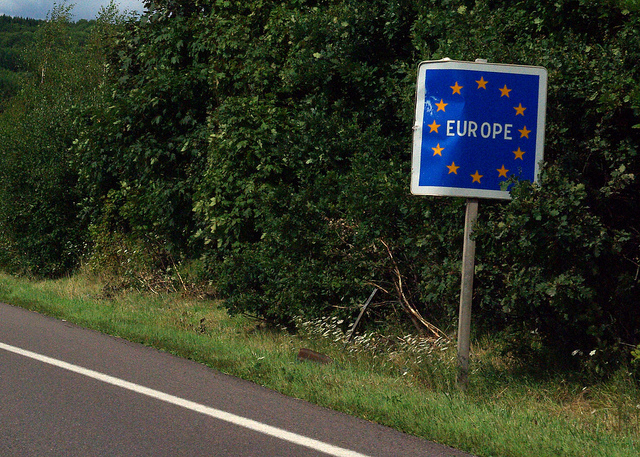 What will happen if talks between Greece and its creditors fail this weekend? Here is a possible step-by-step scenario.

What will happen if talks between Greece and its creditors fail this weekend? Emergency loans could end, banks might fail, and a parallel currency could emerge.

The old Greek drachma could be revived, for example. Here is a possible step-by-step scenario, although it is subject to change given that the eurozone has never found itself in this position before.

If there is no agreement between the Greek government and eurozone partners on how to cut the crushing debt and reform the economy, attempts to agree on a third bailout for Greece to cover its financial needs for the next three years is abandoned.

If it runs out of money, Athens might not be able to reimburse 3.5 billion euros ($3.9 billion) owed to the European Central Bank (ECB) on July 20. Greece would have to default.

If Greece defaults on its debts, ECB rules force the central bank to pull back a cash lifeline known as Emergency Liquidity Assistance (ELA) that has been the only thing keeping Greek banks afloat for several months.

Without a steady supply of cash, Greek banks that have seen massive withdrawals by account holders can no longer honour their commitments. Weaker ones could go under, leaving their clients in the lurch, while stronger ones might be propped up, but subjected to strict capital controls that would squeeze households and businesses.

A bankrupt state would still have to pay public sector workers, suppliers and pensioners. It could issue IOUs, essentially a promise to pay at a later date, in either paper or electronic form.

With euros hard to come by, IOUs might circulate as an alternative currency and find their way into the private sector as well. They would likely fall quickly in value however owing to distrust about the state’s ability to pay its debts.

Because Greece depends heavily on imports, a weak currency could fuel inflation. Greeks would see the value of their savings contract and the country could fall deeper into chaos.

To reboot economic growth, Greece might revive the drachma, a process that could take nonetheless several months owing to the technical challenges.

Athens could then devalue its currency to make its economy more competitive. That could be painful for Greek savers however, and make the Greek debt more expensive and thus harder to reimburse, should the country continue to repay its debt.

Greeks might continue to use the euro even if the country was no longer in the eurozone. It would be akin to countries that use the US dollar as a currency, though without any control over monetary policy.

Such a situation has already been tried out in Kosovo and Montenegro, and its likelihood for Greece is boosted by the fact that Greece would likely remain a member of the European Union.

Greece would nonetheless only get fresh funds in euros from the tourist sector or remittances from Greeks who live abroad.

For a time, Athens might get by with a hybrid system that retained the euro along with another currency, whether IOUs or a new national currency.

Economists believe such a situation could not last a very long time however, owing to the so-called Gresham Law, which holds that “bad money chases good”, or that Greeks would be tempted to save any euros they had owing to its perceived higher value.

Little by little, the other currency would become the one used most for day-to-day transactions.

0 responses to “Grexit scenarios: How to leave the eurozone”