IMF: Give Greece, Spain a break 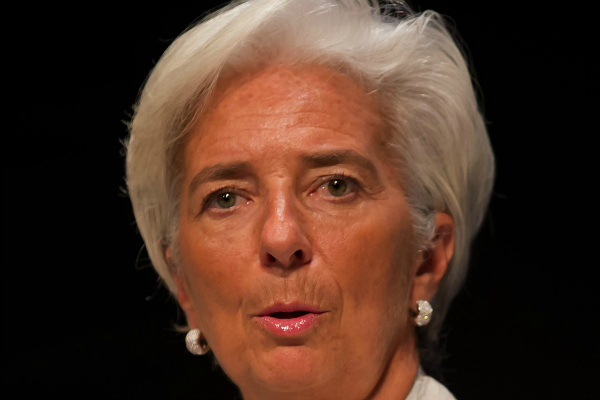 The IMF on Thursday (11 October) backed giving debt-burdened Greece and Spain more time to reduce their budget deficits, cautioning that cutting too far, too fast would do more harm than good.


But Germany pushed back and said back-tracking on debt-reduction goals would only hurt confidence, a stance that suggested some disagreement between the International Monetary Fund and Europe's largest creditor country.

"The IMF has time and again said that high public debt poses a problem," German Finance Minister Wolfgang Schäuble told reporters. "So when there is a certain medium-term goal, it doesn't build confidence when one starts by going in a different direction."

The IMF released new research this week showing that fiscal consolidation has a much sharper negative effect on growth than previously thought. Since the global financial crisis, these so-called fiscal multipliers have been as much as three times larger than they were before 2009, the IMF research shows.

That means aggressive austerity measures may inflict deep economic wounds that make it harder for an economy to get out from under heavy debt burdens.

The IMF position should be welcome news in Greece, where the government reported on Thursday that the jobless rate hit a new record. Unemployment rose for a 35th consecutive month to 25.1% in July, more than double the eurozone average and up from a revised 24.8% in June. A record 1.26 million Greeks were without work in July, up 43% from the same month last year.

But the IMF was less willing to be patient with Europe on following through with its efforts to seek a more cohesive fiscal and banking union. It said that process was critically incomplete, and blamed the plodding pace for contributing to economic uncertainty that was hurting global growth.

Emerging markets expressed frustration that the eurozone troubles were spilling into their economies. The IMF still expects emerging markets to grow four times as fast as advanced economies, but it cut its forecast sharply for two of the biggest players, Brazil and India.

"Europe has to get its act together," said Palaniappan Chidambaram, India's finance minister, speaking on behalf of the Group of 24 developing and emerging economies. "What is happening in Europe is having an impact on developing countries."

European officials were keen to ensure their region was not the sole topic of discussion in Tokyo, where finance officials from around the globe have gathered for the semiannual meetings of the IMF and World Bank.

Europe wants more attention placed on the difficulties Washington faces addressing its "fiscal cliff" of automatic spending cuts and tax increases that will take effect early next year unless the US Congress acts.

US Treasury Secretary Timothy Geithner said the United States had a window of opportunity after its 6 November presidential election to negotiate a debt reform framework.

Geithner said the magnitude of fiscal reforms that the United States needed to achieve debt sustainability was between 2% and 3% of gross domestic product, which he pointed out was "a modest challenge relative to what most countries around the world face on the fiscal side."

"Our belief is that we can use the period between the election and the end of the year to negotiate a framework of reforms that can be phased in over time," he said.

Finance ministers and central bankers from the Group of Seven industrial nations – the United States, Japan, Canada, Italy, Britain, Germany and France – huddled during the afternoon to discuss their challenges, but did not issue a statement outlining their views.

The IMF has expressed frustration with Europe's piecemeal response to its debt crisis and warned that a recent respite in borrowing costs for debt-laden countries such as Spain may prove short-lived unless eurozone leaders come up with a comprehensive and credible plan.

In its financial stability report on Wednesday, the IMF said that without swift policy action, including the triggering of the European Central Bank's bond-buying programme, the premium that investors demand to hold Spanish and Italian debt instead of safer German bonds would nearly double.

Standard & Poor's cut its rating on Spain on Wednesday to a level just above junk territory, and Moody's may soon follow.

0 responses to “IMF: Give Greece, Spain a break”