Ireland to phase out tax loophole 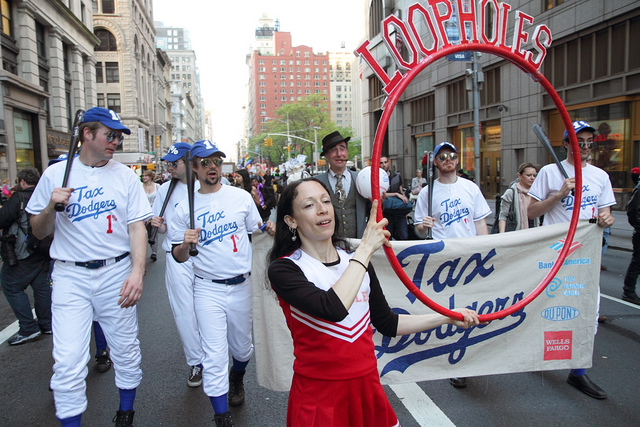 Ireland will phase out a tax loophole that multinationals use to save billions of dollars under sweeping changes to its corporate tax structure announced in its new budget yesterday (14 October), the first in seven years without new austerity measures.

With one eye on an election in 18 months’ time, Finance Minister Michael Noonan also unveiled plans to cut the income tax burden on low and middle income earners frustrated by Ireland’s uneven recovery from the global crisis, changes that will benefit workers at foreign as well as domestic companies.

Ireland, which left a European Union/IMF bailout programme only last year, is enjoying an economic resurgence that the Eurozone has held up as proof that austerity policies can work.

But Noonan responded to criticism over the past 18 months from both the EU and the United States for Irish tax rules that have enabled firms such as Google and Apple to cut their overseas tax rates to single digits.

The changes spell the eventual end to “Double Irish” schemes, so-called because they involve multinationals setting up two Irish subsidiaries to slash their tax liabilities.

“I want to make sure that the slur of the “Double Irish” is no longer attached to Ireland’s reputation and it had become something that was thrown at us internationally,” Noonan told Reuters in an interview after his budget speech.

“There’s a big advantage I believe for Ireland to be the first mover. Our competitor countries, if you were investing there tomorrow you would still be uncertain about what the regime might be in two years’ time.”

The changes mark Ireland’s most significant tax reform since it lowered the corporate tax rate to 12.5% in the late 1990s to entice companies to bring jobs to the country.

At risk for Ireland are the 160,000 jobs – almost one in ten workers in the country – paid for by about 1,000 foreign firms that have set up a base in Ireland to benefit from its tax code and flexible, English-speaking work force.

Among the most criticised parts of the Irish tax code is the complex corporate structure whereby a multinational can channel untaxed revenues to an Irish subsidiary, which then pays the money to another company registered in Ireland that is tax resident elsewhere, usually in a tax haven such as Bermuda.

Starting in January, Irish-registered firms will automatically be deemed to be tax resident in Ireland, bringing Irish law in line with U.S. and British rules. Companies already incorporated in Ireland will have until 2020 to comply with the new rules.

The head of Google’s Irish operations John Herlihy said in a statement that the company was deeply committed to Ireland and will work to implement the changes as they become law.

Noonan also announced changes to the intellectual property tax regime in the hope of keeping Ireland an attractive destination for business. Following a consultation process, he planned to bring in a “Knowledge Development Box” similar to “patent boxes” in other jurisdictions in a year’s time, he said.

This, the minister told Reuters, will help lead to more employment, rather than putting jobs at risk.

While the corporate tax changes were watched with interest abroad, workers at home want a reward for their sacrifices following tax increases and spending cuts that have taken €30 billion or about 20% of annual output out of the economy.

Ireland originally required tax increases and spending cuts of €2 billion in the 2015 budget, but with unemployment falling, exports rebounding and the economy set to grow by 4.7% this year, Noonan instead had money to spend.

He lowered the top rate of income tax to 40% from 41% and raised the income threshold, which currently hits middle as well as high-income earners. Employees with annual salaries over €70,000 will see no change in their tax burden next year, he added.

There was tax relief of 20% on new water charges, the last new tax imposed under the EU/IMF bailout deal, after tens of thousands rallied on Saturday in the biggest anti-austerity protest for years.

“I know that for many of you watching tonight, Ireland’s recovery is still a headline, something you have yet to feel in your life from day to day,” Prime Minister Enda Kenny said.

“Today we start to address that. We will never repeat the economic mistakes of the past because we know how precious the hard-won recovery is.”

Spending Minister Brendan Howlin was able to bring in the first welfare increases since 2009 when Ireland’s crisis began, increasing child benefit by €5 per child and offering the unemployed a larger Christmas bonus in their jobless payments.

More than 1,700 new teachers will be employed next year, recruitment will resume in the police force and there will be no further overall reductions in public service numbers following a 10% percent reduction since 2008, he added.

The modest changes mean Ireland’s budget deficit, which was set to fall to 2.4% of GDP next year if no changes were introduced, is instead expected to hit 2.7%, still below the EU limit of 3% but a risky strategy, according to the country’s budget watchdog.

Several voters walking in central Dublin were also unimpressed by a string of ministers proclaiming that the era of austerity was effectively over. “I don’t think things are getting better. They’re getting worse,” said Linda Francis, 49, a driver and single mother, who said most of her friends had lost faith in all the political parties.

“They keep hitting the working people,” she said. “Anything they’re giving, they’re taking back with the water charges.”