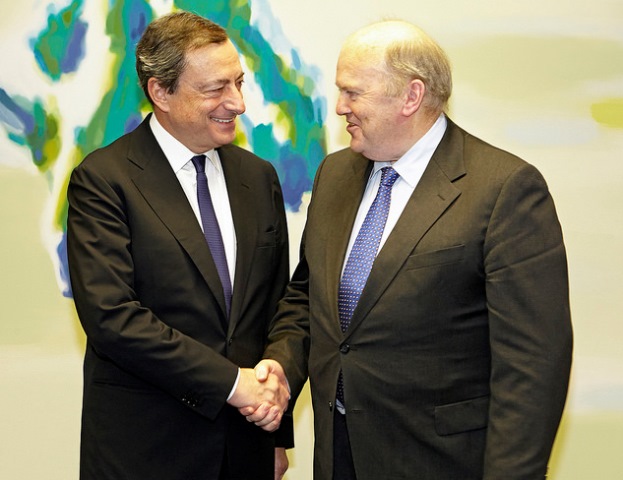 The IMF is in favour of Ireland refinancing its bailout loans and Dublin would like to begin the process this year if it can get agreement in Europe, finance minister Michael Noonan said on Monday (28 July).

Ireland is seeking to reduce the cost of carrying its debt by repaying its more expensive IMF loans early, before it repays aid from the eurozone bailout fund, but needs agreement from its partners in Europe to change the repayment terms.

Noonan said most of his European Union colleagues were in favour of the move in principle and he also had the backing of Klaus Regling, head of the European Stability Mechanism (ESM), but that it could run into political difficulties in some countries.

“The IMF are in favour of what we want to do, I had a short discussion with [IMF Managing Director] Christine [Lagarde] and now we need to talk to our various partners in Europe,” Noonan told a news conference.

“There’s no reason in hard cash why any of our colleagues wouldn’t agree to this. The reason is political, there’s an inconvenience for some if they have to go back to their parliaments and some might have to.”

Under the deal early repayments must be made proportionately to all creditors, not just one, but this could be changed if eurozone finance ministers agreed.

Noonan said he would target the €18 billion of the €22 billion owed to the IMF that carry an interest rate of almost 5% and look to refinance it in three €5 billion tranches, beginning before the end of the year.

He said Ireland would keep a residual debt with the Washington-based body.

Noonan, who won agreement from Europe to cut the interest rate and extend the maturities on its portion of the loans along with other bailed-out counties, said the talks were still at an exploratory stage and would be taken up again in September.

Eurozone finance ministers are likely to discuss the idea in September, a eurozone official said on Saturday. Some diplomats said the political willingness to help Ireland with its debt load could be there.

The repayment concessions so far granted by Europe are part of Ireland’s strategy to even out the repayment schedule of a national debt that it believes peaked at 116% of gross domestic product (GDP) last year.

The head of Ireland’s debt agency also said on Monday that it hoped to run another bond swap and debt buyback this year to lessen its funding requirements for 2016, and may look to hold lower cash balances to further cut the debt pile.

Ireland, which is fully funded for 2014 and has already raised almost 90% of the €8 billion needed to pre-fund itself for 2015, will likely need to raise just another €8-10 billion euros of debt next year, John Corrigan added.

Ireland said in November 2013 it would make a clean break from its EU/IMF bailout in December, forgoing a precautionary credit line that some of its European partners had wanted it to take.

Ireland's "troika" of international lenders - the European Commission, European Central Bank and International Monetary Fund - signed off on the last part of the €85 billion aid programme in early November, paving the way for Ireland to complete it by the end of the year.

The country is the first in the eurozone to emerge from bailouts that were needed after the global financial crisis.