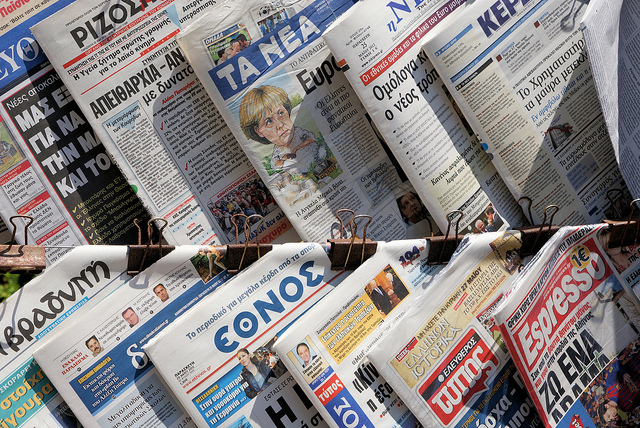 After Greece’s successful return to the bond market last week, the time has come for European investment in the debt-ridden country, according to the Federation of German Industries. EURACTIV Greece reports.

Greece returned to the bond market last Thursday (April 10), ending a 4-year “exile” from financial markets. It offered a yield of 4.95% for 5-year bonds, attracting more than €20 billion in offerings.

Athens offered a yield of 4.95 percent to sell five-year bonds, the second lowest borrowing costs for a bailed-out eurozone state returning to the market. The bonds, the first sold by the Greek government since the European Union and IMF rescued it four years ago, attracted more than €20 billion of interest from over 550 investors, including €1.3 billion from the banks managing the deal.

“Today, the Chancellor congratulated the Greek government for the successful return to international markets […] this is ultimately a proof that the recovery plan is progressing successfully. The confidence of financial markets returns,” said Angela Merkel after the meeting she held with the Greek PM, Antonis Samaras.

Speaking to EURACTIV Greece, Daniel Sahl, personal adviser to CEO of the Federation of German Industries, noted that Merkel’s visit was a signal of “respect” for the ongoing reform agenda of the Greek government.

Asked about the “way” Greece could achieve  growth, Sahl ruled out the possibility of a new haircut and a new bail-out, pointing out that the continuation of the reforms will bring Athens back to recovery.

“There is no discussion for a new haircut or for a new rescue package”, said Daniel Sahl, adding that the international markets see now that there is a government in Athens able to make the necessary reforms.

“Beyond the talks of a new haircut and bail-outs, there is the third way, the maturity of the economy through reforms”, he noted.

The German official underlined that Greece needed to focus now on the increase of direct foreign investment in various fields such as transport, as well as the exports to Germany, and other EU countries.

“We have to see which Greek products can be added in the supply chain”, he added.

“Now is the time for European investments in Greece, especially in infrastructure”, he said.

Sahl concluded that the red tape should be decreased in order to create a business-friendly environment, and for civil society to be enhanced, as “it can significantly contribute to the Greek market”.

Greece - unlike its bailed-out eurozone peers Ireland and Portugal - defaulted on its debts as recently as 2012 and its credit rating remains deep in "junk" territory.

However, the bonds attracted investors because they offer a relatively high return in an era of ultra-low interest rates. Expectations that the European Central Bank will take further steps to boost the euro zone economy are also fuelling appetite for bonds issued by the bloc's riskier countries.

Greece has defaulted a number of times in its modern history and its total debt is about 175% of its annual economic output, a level considered by economists as unaffordable in the long run. Investors, however, appear willing to overlook the fact that private bond holders suffered heavy losses when €130 billion of Greek debt was restructured two years ago.