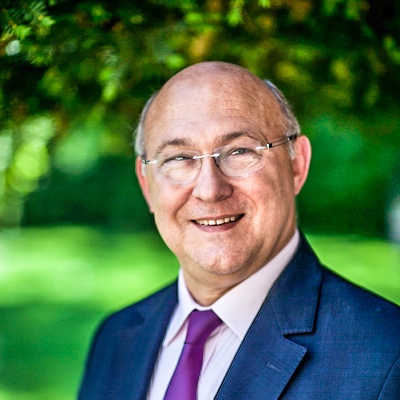 Italy and France expressed irritation on Sunday (7 December) with a call from Chancellor Angela Merkel for them to do more to bring their budgets into line with EU rules, telling the German leader to focus on her own economic woes instead of lecturing others.

In an interview with German daily Die Welt, Merkel called on Italy and France to enact additional measures ahead of a March ruling by the European Commission on whether their budgets conform with the bloc’s deficit and debt rules.

Unless further steps are taken by the new deadline, the Commission could fine France for falling short of its deficit-cutting obligations and put Italy under a disciplinary process because of its debt levels.

“The Commission has made clear that what has been put on the table so far is insufficient. I would agree with this,” Merkel said.

A senior Italian official reacted strongly to the comments, saying it was “regrettable” that Merkel viewed the reforms introduced by Italian Prime Minister Matteo Renzi as lacking.

“The Italian government has never permitted itself to hand out marks to a European Union member country and we ask Germany for the same respect,” Sandro Gozi, Italian undersecretary for EU affairs, said in a statement.

“Maybe Chancellor Merkel should focus on Germany’s domestic demand, on its lack of investments, or on its balance-of-payments imbalances. It would be an important contribution that Europe has been waiting on Berlin to make for a long time and which so far has not happened.”

French Finance Minister Michel Sapin said Merkel’s remarks were probably aimed at members of her own party, the conservative Christian Democrats (CDU), who are holding their annual congress this week in Cologne.

“We are making reforms in France not to please one European leader or another, but because they are necessary for France,” Sapin said in response to questions on French television.

He said Germany had its own problems, from crumbling roads to a low birth rate.

Last year, the Commission won new powers to assess draft national budgets to ensure they are in line with EU agreements.

In Italy, Renzi reluctantly amended his original budget plan in October in the face of European Commission objections, offering some €4.5 billion of additional deficit cuts worth around 0.3% of GDP.

But with the eurozone’s third-biggest economy mired in recession and unemployment above 13%, the highest level since the 1970s, he wants to avoid further spending reductions.

France initially pledged to bring its deficit down to the EU limit of 3% by 2013 but has now acknowledged that it won’t reach that threshold until 2017.

Sapin announced last week that extra savings would help France cut its deficit to 4.1% of gross domestic product (GDP) next year, compared to a previous goal of 4.3%.

The European Commission provisionally accepted the budgets of France and Italy on 28 October.

The announcement came one day after Paris and Rome amended their draft 2015 budgets in the hope of avoiding censure from the European Union executive.

France is cutting its public deficit less quickly than promised to EU partners, raising the chances that the Commission will reject its 2015 budget and ask for amendments.

Hollande's Socialist government is wary of trying to squeeze more savings out of the budget on the grounds that tougher belt-tightening could undermine a fragile economic recovery.