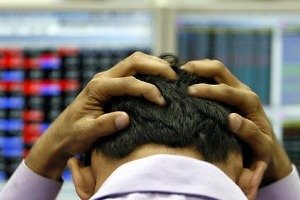 With Italian Prime Minister Silvio Berlusconi set to resign and as coalition talks in Greece drag into a third day, the EU fears that a political vacuum in those two countries might make the eurozone sovereign debt crisis even worse.

Italian Prime Minister Silvio Berlusconi announced yesterday (8 November) he would step down, having lost his majority in Parliament.

Berlusconi's government passed a key budget bill yesterday, thanks to the centre-left opposition who abstained. But it secured only 308 votes in the 630 lower house, eight short of a majority.

Berlusconi chose a TV channel he owns to announce that the only option now is an early election, and that he would resign after parliament passes next week the urgent budget reforms demanded by EU leaders.

However, the exit of the 75-years old Berlusconi from the Italian political scene which he largely dominated over the last 17 years does not necessarily augur a quick fix for the country's problems.

According to analysts, Italy could not emulate Greece in attempting to set up a national unity government.

But it would be up to the President Giorgio Napolitano to appoint a new leader or call early elections, probably in January.

In the meantime, Berlusconi would remain in a caretaker capacity.

A worst-case scenario could see weeks or months of instability and continued reform inertia, said a number of analysts quoted by Reuters.

Meanwhile, in Greece, leaders struggled to agree on a new coalition government which is expected to be led by former European Central Bank Vice President Lucas Papademos.

Greek media reported that Papademos was setting conditions which the political parties could not accept.

The centre-right New Democracy party, which had opposed until days ago the austerity measures demanded by the EU in exchange of the bailout package, is seen as returning to its former hard line positions.

The EU has demanded written assurances that the national unity government will push Greece's 130 billion-euro bailout deal through parliament before calling early elections.

"It is indeed essential that the new government gives explicit and unequivocal commitment in writing to all the decisions taken by the Seventeen [eurozone countries] on October 27," Economic and Monetary Affairs Commissioner Olli Rehn stated on Monday, following a meeting of euro zone finance ministers.

"The 6th tranche could then be disbursed once there is full clarity about the commitments and the second programme. But it should be clear in Athens that solidarity is a two-way street and we expect a united political class to carry out its part of responsibilities in this plan," Rehn said.

On Italy, Rehn indicated that the Commission was setting up a monitoring system similar to the one already applied to countries receiving an EU/IMF bailout. "The Commission sent a questionnaire to Rome last Friday and our monitoring mission will start to work in Rome tomorrow [8 November] or Wednesday. I will present our assessment to the Eurogroup later this month."

"This is just the first step in the enhanced monitoring of Italy by the Commission. Regular reviews will be made to track progress with implementation of the reforms," Rehn stated.

While talks among the EU27 were relatively brief, the 17 leaders of the eurozone negotiated between themselves and bankers long into the night, concluding the next day around 4 am.

The compromise deal included a 50% 'haircut' for Greek bondholders amounting to €100 billion, an increase of the European Financial Stability Fund (EFSF) from €440 billion to around €1 trillion, and an agreement that European banks must have core capital reserves of 9%.

But then the Greek Prime Minister George Papandreou stunned his colleages and sent a wave of panic across Europe and the world, by announcing a referendum on the summit deal on . Four days later, Papandreou agreed to resign, opening the way to an interim government of national unity. Early elections are due in February.