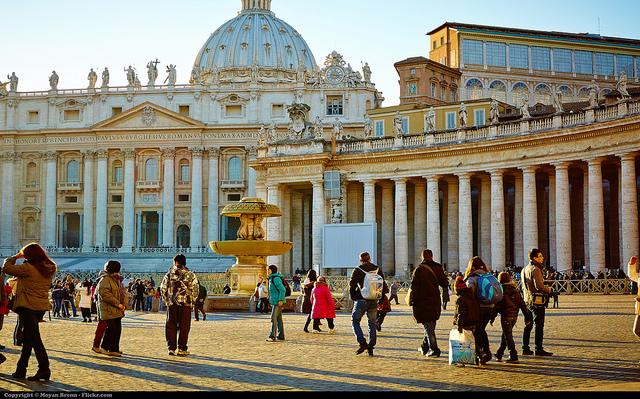 In Italy, €47.5 billion has gone uncollected by the state, 33% of the total potential VAT revenue. EURACTIV Italy reports.

A European Commission study has ranked the EU member states by tax-collection performance. The numbers paint a grim picture for Italy. Among the major economies, they have performed the worse by far. Its poor performance completely eclipses the European average of 15.2%. Furthermore, Italy accounts for almost a third of all uncollected VAT in Europe.

Italy is the least efficient

Firstly, the study mentions that Italy is one of the countries that have implemented VAT regime changes in the past few years. In October 2013, the rate increased from 21 to 22%. It then goes on to detail the “VAT gap”, measured by comparing the total expected revenue with what is actually collected. This calculation allows a country’s efficiency in tax collecting to be gauged, as well as highlighting factors such as tax evasion and other phenomena.

€47.5 billion swept under the carpet

The situation in which Italy finds itself is rather difficult. In 2013, the last year to be measured by the study, total expected tax revenue was estimated to be €141 billion. The reality was significantly less, with only €93.9 billion was collected. This illustrates a loss of around €47.5 billion, or 33% of potential tax revenue. The figures were only slightly better in 2012. €141.3 billion was estimated, with €96.1 billion being collected. Although at 32%, the data still provides the Italian authorities with painful reading material. Together with Estonia, Italy performed the worst, according to the Commission.

This situation must be considered in relation to the rise in VAT rate. “In 2013, Italy suffered through another year of recession, as well as negative consumption growth,” explained the Commission. These two elements impacted on the country’s potential tax revenue. Therefore, in theory, the VAT gap should have been reduced. In reality, though, the increase in VAT had the opposite effect, reducing the amount of revenue and widening the gap. The last time VAT collection was this low was in 2009.

Considering these measures on a wider scale, Italy ranks fifth in Europe of the countries that collect less than their potential. Romania heads the field, with a gap of 40%, followed by Lithuania with a rate of over 35%. Slovakia, Greece and then Italy complete the top five. It is worrying to note that Italy ranks by far the highest out of the continent’s largest economies. Spain has a gap of just below 15%, while Germany, France and the UK all fall below the European average.

In Europe, a total of €168 billion in VAT goes uncollected, due to factors such as tax evasion, fraud, bankruptcy or simple human error. On average, 15.2% of potential revenue is lost. Finland, Holland and Sweden performed the best in the Commission’s study, demonstrating rates of around 4%.