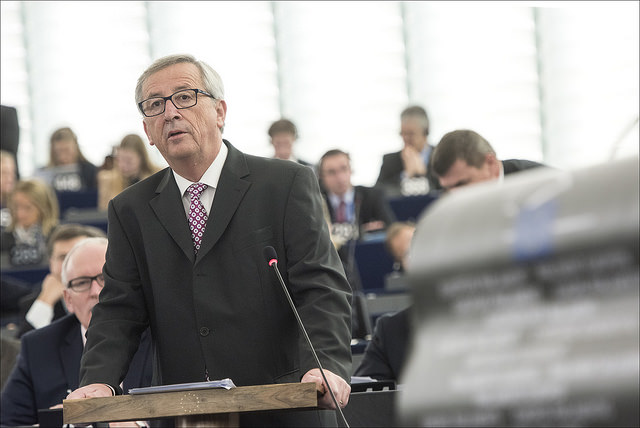 Riskier investments foreseen under the Juncker Investment Plan will not cost the European Investment Bank its AAA credit rating, the EU lender has insisted.

Today, (22 April) the EIB announced the first projects to benefit from risk guarantees under the Juncker Plan.

Negotiations between the European Parliament and Council on the European Fund for Strategic Investments (EFSI) also began today. EFSI is the legislation that will put the Juncker Plan into practice.

EIB Vice-President Jonathan Taylor told EURACTIV there was “no concern” that the riskier investments would lead to the bank’s rating being downgraded. The AAA means it can raise money more cheaply than other institutions.

“We are not going to lose the AAA, Taylor said, “the business model doesn’t work if the AAA ceases to operate”.

“Clearly that means we have to ensure proper due diligence when we look at projects,” he added.

The plan will use €16 billion of EU and €5 billion of EIB money to act as risk guarantees to encourage further public and private sector investment of at least €315 billion over the next three years. Some projects need risk to be offset, before investors can be convinced to back them.

People were sometimes sceptical that the plan could leverage so much finance, Taylor said. But the EIB had used the technique before.

The €21 billion is forecast to spur fifteen times as much investment. “It’s not an outlandish multiplier,” Taylor commented.

“They say it can’t be done – well it has been done,” he told EURACTIV, “We have succeeded in doing this over the last three years, and I am confident we will do it again in the next three years.”

The approved projects include investment in healthcare research in Spain, expansion of an airport in Croatia, the construction of 14 new healthcare centres across Ireland, and backing for industrial innovation in Italy.

The board approved loans totalling up to €300 million for projects. That should support overall investment of about €850 million, the EIB said.

Others expected to be submitted in the coming months include renewable energy and energy efficiency projects, support for research, development and innovation, digital and social infrastructure projects, and more lending to small and medium-sized enterprises.

“Stimulating new investment in these and many more projects is essential to enhancing Europe’s competitiveness,” said Werner Hoyer, president of the European Investment Bank.

“EFSI will allow the EIB Group to do much more of the cutting edge, innovative transactions that it knows how to do, based on past experience,” Hoyer told reporters at a press conference in Brussels.

The EIB, with input from an investment committee, decides which projects get the subsidy. Public and private “promoters” bring projects to the EIB for EFSI funding. Only projects that would not get backed without the guarantee qualify for the money.

Taylor denied that assuming greater risk would require a cultural shift in the EIB, which was criticised as being too risk-averse in the past. Critics claimed that the EIB had not done enough to boost lending after the financial crisis.

“The object of the exercise is to enable us to finance riskier projects than we otherwise would. But I would contest the proposition that we are unnecessarily risk-averse,” said Taylor. “We do quite a bit of this sort of riskier investment.”

The EIB has successfully run a pilot risk-sharing finance facility with the Commission over the last few years, said Taylor. That facility is now a new program called INNOFIN, which is aimed at innovative finance.

Taylor stressed the importance of, and the EIB’s expertise in, due diligence, the scrutiny of a possible project before money is handed out.

But he would not be drawn on whether the possibility of the UK or Greece leaving the EU was part of that due diligence.

“I think that the possibility of a Brexit referendum is something which will need to be addressed if and when a referendum is on the cards,” he said.

UK Prime Minister David Cameron has promised an in/out referendum on the UK’s EU membership if he wins this May’s general election.

Speculation continues to rage over the possibility of Greece leaving the Eurozone, as it struggles to pay its debts.

The European Investment Fund (EIF) is the risk capital arm of the EIB Group. Its supports smaller businesses by helping them to access finance.

On Monday, the EIF approved transactions that are expected to mobilise investment of €1.3 billion. The loans will be made in France, Portugal and the United Kingdom, through local financial intermediaries such as retail banks.

Yesterday, Poland announced its national promotional bank would contribute €8 billion to EFSI-backed projects. Germany, Spain, France, Italy and Luxembourg have already said they will contribute to the plan.

European Commission Vice-President Jyrki Katainen, in charge of the Juncker Plan, said today, “This is a very good week for investments in jobs and growth in Europe.”

On Monday, the European Parliament approved its negotiating position on EFSI. Today, MEPs and Council of Ministers negotiators are meeting in the first of a series of “trialogues”.

Trialogues are three way talks between the Parliament, Council and European Commission to hammer out a deal on a final version of a bill. Council and Parliament must agree an identical text before it becomes law.

The Parliament’s Economic and Monetary Affairs and Budget committees backed a position that did not include a €5 billion ringfence for energy efficiency projects. The Industry, Trade and Energy Committee had called for the dedicated fund, passing an amendment by a single vote.

That decision was controversially overruled by the two lead committees. The European People’s Party led opposition to the idea, preferring greater flexibility and project promoters to drive which investments were chosen.

Taylor told EURACTIV the EIB did not have a formal position on the idea of ringfencing funds. But it was desirable to have as much flexibility as possible to avoid the risk of funds being stranded if there were not enough high-quality products to invest in, he said.

“In general, it would be better not to fetter the ability of those making the decisions,” he said.

MEPs did call for money from the EU’s multi-billion Horizon 2020 research programme and the Connecting Europe Facility aimed at funding high-speed internet access, energy and transport infrastructure to be safeguarded from going to EFSI projects.

Instead, the guarantee fund should be gradually filled by the EU’s budget procedure until it reaches €8 billion, by 2022. The guarantee itself should be “irrevocable and unconditional”, so as to reassure investors, the Parliament said.

Markus Trilling of Bankwatch said, “Can someone explain how reviving an industrial revolution-era factory that was to be closed in the 1950s is somehow ‘innovative’? Similarly, the Dubrovnik airport project, a relic of a more recent past, will recycle unused funds from the 2007-2013 EU budget. The current budget couldn’t even fund the project if it wanted, as it only pays for projects that contribute to ‘smart, sustainable and inclusive growth.’ This is a very underwhelming start for the fund that is to kick start Europe’s future.’

Xavier Sol of Counter Balance said, “The announcement is a bit of a head scratcher. The bank said that it will take projects on its balance sheet even if the EU guarantee does not eventually apply. Where then is the additionality? This was the whole point of the Juncker Plan plan to begin with, to finance only risky projects that add genuine value to Europe. If EFSI projects would anyway be financed by the EIB, then it means that the fund may further deprive the EU budget of scarce public money so that the EIB can continue business as usual.”

In November 2014, Commission President Jean-Claude Juncker unveiled an investment plan to mobilise €315 billion in an effort to kick-start the European economy.

The plan will use €16 billion of EU and €5 billion of European Investment Bank money to act as risk guarantees, to encourage further public and private sector investment of at least €315 billion over the next three years.

Jyrki Katainen, the Commissioner for Jobs, Growth, Investment and Competitiveness, has said that the growth package should include public and private partnerships, increased lending capacity for the European Investment Bank and other EU lending bodies, more “future investment” by EU nations in areas such as infrastructure, and the completion of the single market.