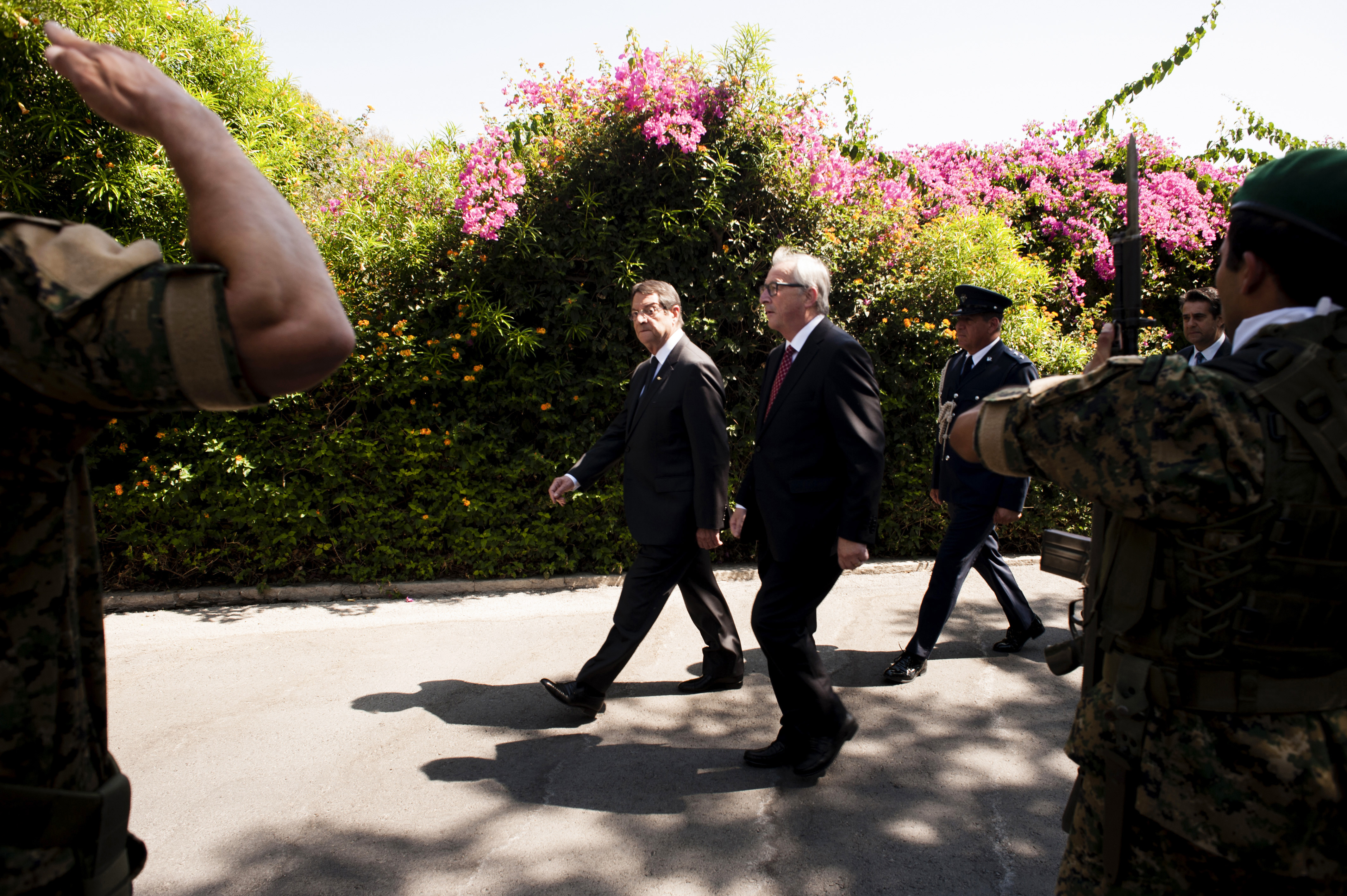 “Cyprus found itself in a difficult economic position in 2013, but the Cyprus I am visiting today is very different,” he said after talks with President Nicos Anastasiades on his first official trip to the island.

“The economy is beginning to grow, the financial sector has stabilised and you are again ready to take advantage of the opportunities of the future,” said Juncker.

A nearly bankrupt Cyprus obtained a €10 billion bailout from a troika of lenders — the European Commission, European Central Bank and International Monetary Fund.

In exchange, the government was forced to adopt austerity measures that combined revenue hikes, mostly through higher taxes, and slashed spending. It was also forced to restructure the banking system in an operation that saw many large depositors lose a hefty chunk of their deposits.

In an apparent nod to Greece and its woes, Juncker said Cyprus was an example to follow.

“Tough decisions and commitment paid off in Cyprus, as they did in Ireland,

Portugal and Spain. I hope that others will take note.”

Cyprus has been praised by the troika for adopting the austerity measures and not flinching from a tough reform programme, with high hopes it will exit a more than three-year recession in 2015.

Juncker also voiced optimism about progress in the UN-brokered peace process between Greek- and Turkish-Cypriot communities on the island, which has been divided since 1974.

“This is the last chance. We never had an opportunity such as this one, such a beautiful moment,” Juncker told reporters.

“If done it will be win-win for all, for Cyprus but also for the EU, and personally I will spare no effort,” he said.

He added that the EU representative to the UN-brokered talks, Pieter Van Nuffel, will have a “more visible role” to help bring the Greek- and Turkish-Cypriot communities closer to an agreement.

He announced that an agreement had been reached to grant the iconic Cyprus cheese halloumi the EU Protected Designation of Origin status.
As with Italian mozzarella or Greek feta, this status means that only a product produced in a certain area and using certain methods can use the name.

“After tough discussions with the two leaders, we found a common understanding as far as the geographic protection of halloumi under the EU law is concerned,” said Juncker.
“It is not a small thing. It is a highly symbolic issue for both communities. We build confidence with concrete measures,” he said.
Halloumi, known as hellim in the Turkish Republic of Northern Cyprus which is only recognised by Ankara, is one of the main exports of the divided island.
In 1974, Turkey invaded the country and occupied its northern third in response to an Athens-inspired coup seeking union with Greece.
A divided Cyprus joined the European Union in 2004 following a failed peace plan, which effectively saw European law only applied in the government-controlled south of the island and not the Turkish-held north.
Stalled UN-brokered peace talks were relaunched on May 15 in what is seen as the best chance in years to reunify Cyprus.
On Friday Juncker will wrap up his trip with an address to parliament.