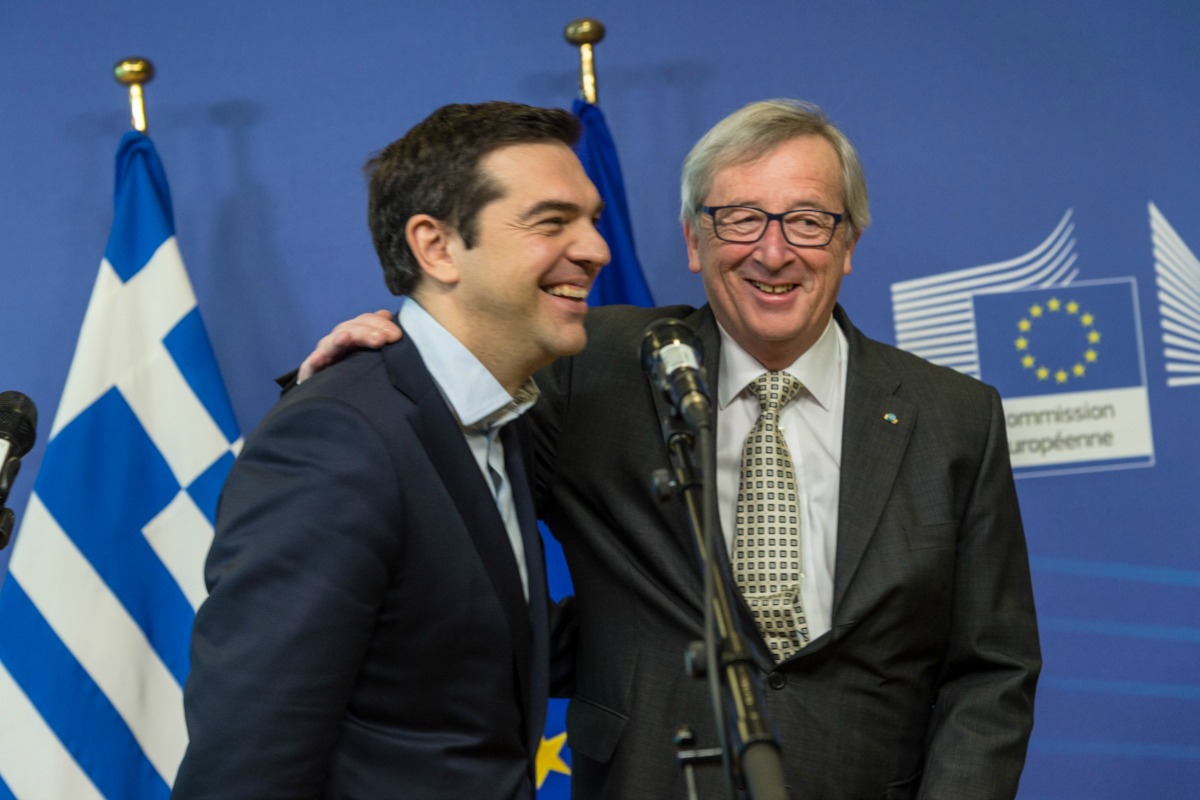 EU Commission chief Jean-Claude Juncker complained Friday (13 March) about a lack of progress in talks on Greece’s bailout, but insisted there was no chance of a failure that could drive the country out of the eurozone.

“I am not satisfied by the developments in the recent weeks. I don’t think we have made sufficient progress, but we will try to push in the direction of a succesful conclusion of the issues we have to deal with,” he said ahead of talks with Greek Prime Minister Alexis Tsipras.

“I am totally excluding a failure, I don’t want a failure. I would like Europeans to go together. This is not the time for division, this is the time for coming together,” he added.

Tsipras, the leader of the hard-left Syriza party who came to power in January, is visiting Brussels and Paris in the latest bid to drum up short-term cash for Greece to meet huge debt repayments in coming weeks.

Greece won a four-month extension of its international bailout in February – despite Tsipras initially saying he wanted a completely new arrangement – but it will not get any of the cash until new reforms are approved by its eurozone partners.

“Our intention is to implement this (eurozone) decision of the 20th of February in a constructive way,” the Greek premier said after meeting European Parliament president Martin Schulz.

But with Greece likely to seek a third bailout since 2010 later this year, Tsipras stressed the need for a longer-term solution.

“I want to be sincere to you that I have spent 90% of my time in order to discuss about the short-term deliberations with our partners in order to find a compromise,” he said.

“But I think now it’s time to think about the future.”

The short-term future of Greece’s beleaguered finances lies with the eurozone, where powerful Germany has towed a hard line against the new government in Athens.

“Greece has already started fulfilling its commitments to the eurozone so we are doing our part and we expect our partners to do their own,” Tsipras said.

Athens faces an urgent cash crunch, having to find 6.0 billion euros in the next two weeks alone to pay its creditors.

Greece’s government confirmed Thursday that it may raid the country’s pensions and social security system to raise the money needed to meet the payments.

Juncker ruled out “failure” in the bailout talks as a poll in Germany said support for Greece remaining in the eurozone was fading in Europe’s biggest economy.

More than half of Germans polled by broadcaster ZDF believed Greece should leave the eurozone, with 80% believing Tsipras and his government were not acting reliably in negotiations with eurozone partners.

After his talks with Tsipras, Schulz said Greece must get past the tensions with its partners.

“Prime Minister Tsipras is optimistic that the misunderstandings and confrontations could be solved and let’s be honest, it must be solved,” he said.

Juncker’s spokesperson Margaritis Schinas said that the two leaders agreed, beyond the scope of the Eurozone process, to work together so that Greece makes better use of EU funds.

Consequently, they agreed to appoint a person at senior level on each side to coordinate the work. On behalf of the Commission, this will be Vice President Valdis Dombrovskis, in charge of the euro and social dialogue.

Greece has also agreed to create a task force to work closely with the Commission’s task force which is in place to provide technical assitance and which reports directly to Juncker.